How the BBC's 50:50 Project is shifting representation in media

Between 2005 and 2015, fewer than one in five experts in the news globally were women, according to a 2020 report on missing perspectives of women in news.

Author of the report, Luba Kassova, said that the oversaturation of male sources is because of the gender imbalance in the media landscape. “News is produced mainly by men, featuring more men and is consumed by more men.”

In 2016, Ros Atkins, a BBC news presenter, started brainstorming with his colleagues at Outside Source on ways to change the narrative. To retool cultural change and improve BBC’s content production, Atkins and his team arrived at three main goals.“I wanted better data on the representation of women in our journalism and content; to explore the impact of embedding representation in our daily editorial and production thinking and processes; and to prove that fair representation is not only a goal to aspire to but one that can be achieved consistently,” said Atkins.

These goals led to the creation of the 50:50 Project. Initially, less than 40% of BBC’s contributors were women. Within four months of using the 50:50 project, the site’s women contributors is now up to 50%.

“[Atkins and his team] were reflecting on the number of women on air the previous day, but then no one remembered. So they started to log this. That very act of logging means that people think about it, and then they become more creative and work harder to put a more diverse selection of people on air to make our news coverage as inclusive as possible,” said Hewete Haileselassie, the project’s internal service lead.

The 50:50 project is a self-monitoring system designed to fit into existing workflows, and is rooted in three core principles: collection of data, measuring what data it controls and an emphasis on quality.

When collecting data, researchers start with monitoring BBC’s content and using it to incorporate more diverse voices in the outlet’s coverage. “Data plays a critical role in the achievement of our goals. Every team participating in the project counts the people they feature in their output. How many men or women do we bring onboard to discuss topical issues? This helps us to create a contributors’ database which we add people to and share with the news team so that they have access to a pool of experts that is more diverse,” said Ifeoluwa Adediran, a researcher under the initiative.

The team also looks for experts across the world who are familiar with BBC’s interview techniques and who can offer timely insight on emerging issues.

“We have a lot of female experts around the world, but they are mostly under the radar. What we do is look [for them] and invite them to in-person and virtual ‘open days’ where they meet BBC editors, producers and members of the technical teams who demystify BBC’s interview processes,” said Haileselassie.

The team only logs contributors and experts in the BBC's database. People who are integral to everyday news stories, like political figures or eyewitnesses, aren’t counted. The resulting database consists of reporters, analysts, academics, experts and others incorporated into BBC’s coverage.

“There is no compromise for quality. The best contributor is often used, regardless of their impact on a team’s 50:50 numbers. Editorial excellence is always the priority. The 50:50 Project aims to help content creators discover new voices to better reflect the audiences they serve,” Haileselassie added.

What it means for the media ecosystem

The project has expanded beyond the BBC’s newsroom to a global network of partner organizations that are implementing its methodology. The number of partners, which includes public and private media and academia, has grown to 145 organizations in 30 countries. Some of these organizations include Deutsche Welle and NDR.

This year, more than 70 members of the global 50:50 partner network published their data alongside the BBC to show their progress in representing women in a range of content and industries. Of the organizations who were below the target of 50% of women experts in their coverage when they first started monitoring, 73% have seen an improvement in the gender balance of their content.

“[These experts] have the knowledge to add meaningful contributions to media content, but because they remain under the radar, we always have the same set of people featured in programs all over. But with the 50:50 project, we're able to attract new voices. So it's just about reaching new voices, especially women, bringing them on and getting their perspective,” said Adediran.

The BBC plans to expand on the 50:50 project by piloting and rolling out a socioeconomic diversity monitor later this year, based on the 50:50’s framework, alongside a target 25% of staff originating from a lower socioeconomic background.

Lekan Otufodunrin, a media development expert, said initiatives like BBC’s 50:50 project are central to driving gender balance in media reports. “It's a commendable intentional strategic approach to ensuring a fair chance to commensurate women’s voices in media reports,” he said. “Without a conscious approach like this, advocacy for more women voices in media reports will not be achieved. When there is a database of women experts, there will not be an excuse of not having women to speak with on any topic.” 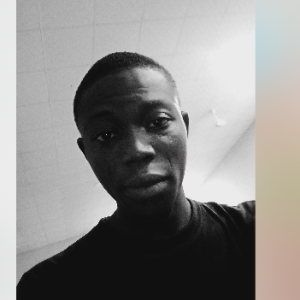 Abiodun Jamiu is a freelance journalist based in the city of Sokoto in northwestern Nigeria. He covers social justice, conflict and humanitarian crises, politics, economy and society, among other topics. He loves stories, so he tells them.