Data Journalism has never been more valuable, or more accessible. With the growing availability of data, an ever-expanding suite of analysis tools and abundant training by journalism organizations and others, data journalism — once the niche province of computer-minded reporters — has become a core skill throughout newsrooms.

Data journalism turns anecdotes into systemic truths. It provides the hard evidence to evaluate policies and hold policymakers accountable. It has become an indispensable part of high-impact, award-winning journalism.

But many newsrooms are missing out on one of the most meaningful uses of data reporting: supporting the growing trend of solutions journalism that relies on rigorous evidence to identify policies and practices with a proven track record. Journalism has a long and proud tradition of exposing systemic problems, from racial injustice to government corruption to failures in business, education, healthcare and more. Solutions reporting takes that tradition a critical step forward, seeking out responses that are working and putting a spotlight on the places that are verifiably getting it right.

Solutions Journalism isn’t speculative or aspirational or naïve. It’s built on a clear-eyed analysis of responses to social problems, built on demanding and independent reporting that tests claims and acknowledges limitations.

When news outlets ask and answer the question: “Who’s doing it better?” they help their audience see and explore possible opportunities for change. They provide hope, as a welcome alternative to news that too often leaves communities feeling powerless. And they build audience trust and engagement, which have become essential to newsroom survival.

When problems are well-known in a community, there is little value in running yet another depressing lookalike story, particular one built on stereotypes and deficit framing. But pursuing that same issue through a Solutions Journalism lens — with a deeply reported focus on responses as a foundational element — elevates the work, serves the community and produces the sort of meaningful journalism that readers and viewers crave. It is not a replacement for hard-hitting examinations of societal ills. Rather, it is an essential partner, fulfilling a vital journalistic mission by revealing opportunities for reform and improvement.

And it melds perfectly with data journalism:

In the lexicon of the Solutions Journalism Network, these potential bright spots are “positive deviants” — responses that appear to drive better outcomes for one community when compared to other communities with similar challenges.

And in the hunt for those positive deviants, data become a powerful companion:

Uncovering those positive deviants is just the first step in a reporting process that identifies the policies driving those outcomes, examines how they were implemented, considers the evidence connecting the policies to the outcomes, explores limitations and evaluates whether they are replicable elsewhere.

It is a meaningful approach to journalism that can be embraced by any news outlet, of any size, starting immediately. Take the Nebraska story on COVID-19 and race. As the virus spread, headlines cropped up across the country revealing that governments were failing to track adequate racial information for those infected, making it more difficult to address the pandemic.

A database created by the Solutions Journalism Network put hard numbers behind the problem, showing that in many cities, counties and states, racial data were missing for a large percentage of cases — and in some locations, such as Baltimore County, for the majority of those infected. But the data also pointed to one place that seemed to be doing it better: Douglas County, Nebraska. 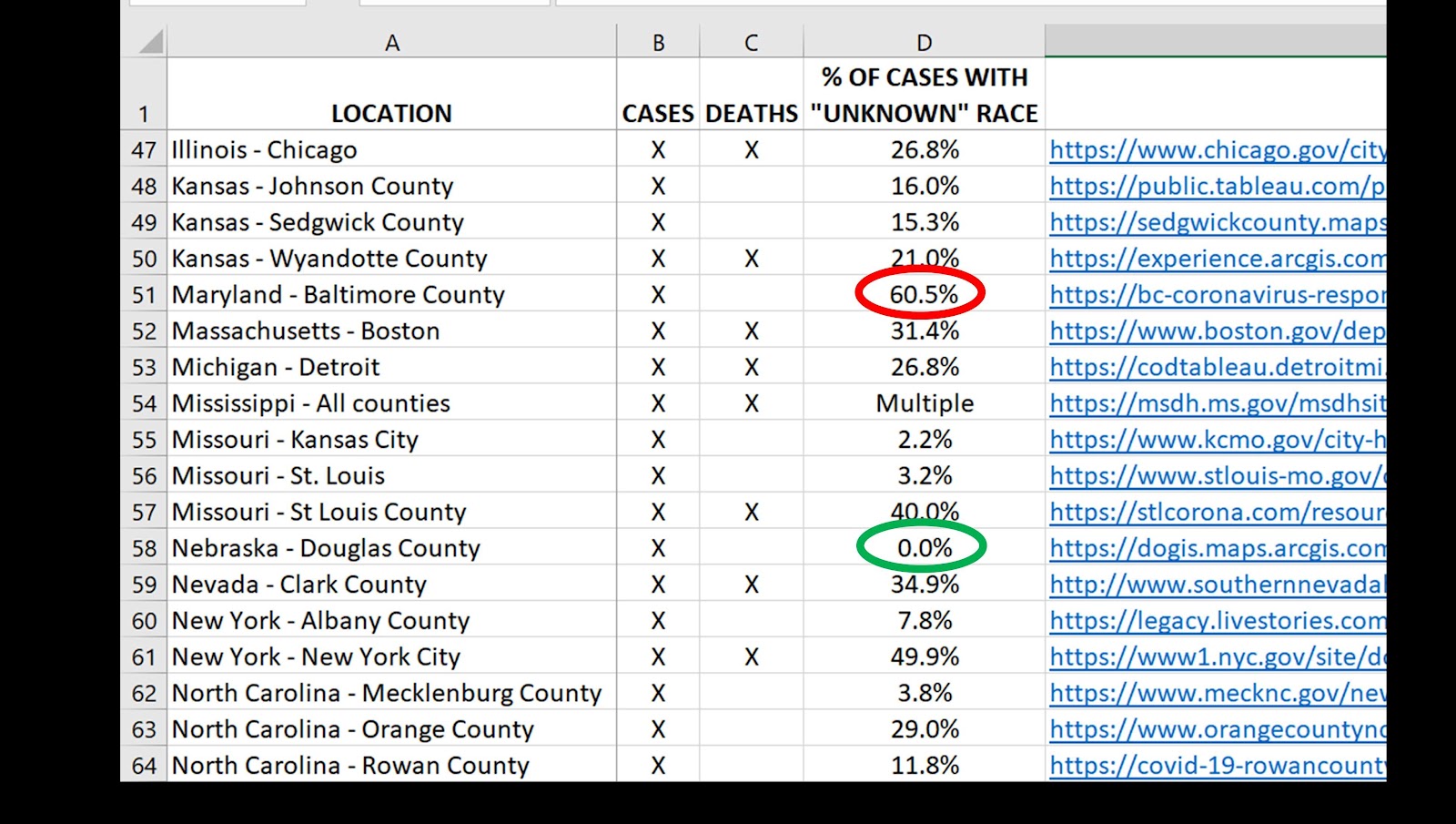 With data providing a tip, a journalist with The Reader in Omaha reported the story, digging more deeply into the numbers and interviewing officials about specific policies the county put in place, including tripling the number of staff members tasked with gathering demographic information.

While other jurisdictions shrugged their shoulders and insisted there was nothing they could do to assemble more-complete information, The Reader’s story illustrated it can be done, and provided other communities a roadmap for making it happen.

A more-traditional approach might have focused solely on those governments doing a poor job — and those data-informed revelations are important accountability journalism. But pursuing data stories through a solutions lens heightens accountability by reporting on where and how people are doing better against a problem — removing excuses and setting a bar for what communities should expect from institutions and governments.

That’s what ABC News did with a data analysis of COVID-19 testing sites, showing that overall, sites in minority neighborhoods face higher demand than sites in whiter areas of the same city. But Oakland, Calif., was an outlier, with the data showing no additional burden on people of color seeking a test. And the story offered possible reasons why Oakland’s response was working: a conscious decision to place sites near communities of color, who are hit harder by the virus; establishing a walk-up site for those without cars; not requiring online appointments; making phone information available in multiple languages. That section strengthened the accountability aspect of the news report, muting the ability of government officials elsewhere to say there’s nothing they could do to solve the problem.

Matthew Kauffman is an investigative reporter and data journalist.

This article was originally published by the Solutions Journalism Network on their blog. It was republished on IJNet with permission.