Ahead of Nigeria's elections, a rise in attacks on journalists

As press freedom declines in Nigeria, journalists are increasingly under attack. In the lead up to the 2023 general elections, journalists covering political affairs face threats from authorities and arbitrary detentions, among other disturbing trends.

Adesola Ikulajolu, a Nigerian journalist and fact-checker, never forgets the day he was harassed by officers of the Department of State Security (DSS) in Osun, southwest Nigeria. While reporting on the state's gubernatorial elections for the Centre of Journalism Innovation & Development (CJID), a DSS officer, who was on duty to ensure orderliness, questioned Ikulajolu for taking pictures of voters at the polling unit.

“[DSS officers] collected my phones and deleted some of the pictures [I had] already taken. They were ready to bundle me into their van if I didn't cooperate with them. [Eventually] they gave me back my phone and told me to leave the premises immediately,” said Ikulajolu.

The encounter filled him with fear: “I have read stories and seen how DSS treat people. If they had picked me, I don't know what would [have] happened. The fear was there but I didn't stop working, I still had to keep on observing and reporting."

Ikulajolu’s case is not rare. In the last few years, there has been a significant increase in security agents assaulting, arresting and prosecuting journalists and media organizations. While these attacks are not a new phenomenon, journalists have become more concerned about them in recent months.

A 2019 report published by the Coalition for Whistleblowers Protection and Press Freedom, showed that 352 cases of harassment against journalists were recorded between 1985 and 2019. Last year, the International Press Centre (IPC) documented at least 40 incidents of press freedom attacks against 49 journalists. Reporters Without Borders ranked Nigeria 120 out of the 180 countries studied. According to the report, “Nigeria is now one of West Africa’s most dangerous and difficult countries for journalists, who are often spied on, attacked, arbitrarily arrested or even killed.”

In July, Omoniyi Feranmi, a sports journalist for Premium Times Newspaper, was arrested in Ekiti State, southwest Nigeria while reporting on the last gubernatorial elections in the region. Feranmi had just filmed fighting among voters and sent it to his newsroom. As he was leaving, he was stopped by security agents and accused of starting the clashes himself. “They said I am the one causing problems in that polling unit. One of them came and hit me. They threatened to take me away from my family. It was as if I was in hell,” he said.

In August 2020, Sikiru Obarayese, a Nigerian journalist at the Daily Post was first arrested by police officers during an undercover report on enforcement of COVID-19 restrictions in southwest Nigeria. His only offense, according to the officers, was taking photographs of them beating people up for violating mandatory mask regulations.

In October 2021, Obarayese said he again was harassed by the Nigerian Special Anti-Robbery Squad while reporting on protests against police violence in Osun, southwest Nigeria. He was confronted by one of the officers for filming the protests, and denied access to his phone and other belongings. Within an hour, he was charged on account of “breach of peace for videoing the divisional police officer.” The case was later withdrawn and he was released.

“Being attacked twice is something that really affects me," he said. "At times when I want to work on a story, the fear of being attacked comes to mind. Most of the time I think twice. It gives me some feelings about what I am doing."

While Obarayese and Feranmi were unharmed in their encounters with law enforcement, data from the Committee to Protect Journalists (CPJ), shows that at least 12 Nigeria journalists have been killed from 1992 to 2021.

Violence has accompanied almost all the general elections conducted since the return to civilian rule in 1999, according to the Independent National Electoral Commission. As the 2023 elections approach, reporters are advocating for increased protection from state security to report safely. “Journalists are usually the first [to be] targeted because they [are] seen as the eyes of the people. Anything is possible, but safety first should be the watchword of any journalist covering the election,” said Kareem Azeez, an elections observer for CJID.

Apart from engaging authorities, Lekan Otufodunrin, the executive director of the Media Career Development Network also noted that individual journalists need to be security conscious while reporting on the ground. “When journalists are being attacked, information from that area is seized and that's the painful thing about Nigeria. Journalists are not given maximum respect. Many of the police officers don't even know what the law says,” said Otufodunrin.

“Protection of journalists is something that should be taken seriously. It should start with the individual. They need to do security checks to ensure they are not exposing themselves to unnecessary dangers,” he said, especially those covering volatile areas during elections who cannot rely on state security for protection.

The IPC’s 2020 report, the State of Attacks on Journalists in Nigeria, echoes this need, and recommends “the design of a safety manual with updated tips for identifying and reporting threats to safety to be made available to journalists and other media professionals.”

“The media needs to ask a lot of questions about why [attacks on journalists are] happening in a democracy,” Lanre Arogundade, executive director of the IPC, told the Reuters Institute. “It is a fact that press freedom is not properly guaranteed in this country.”

Photo by Nnaemeka Ugochukwu on Unsplash. 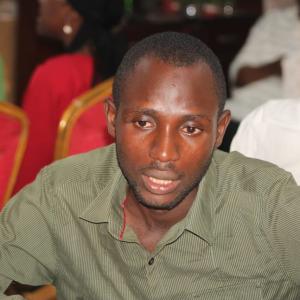