6 ways to reach climate change deniers with your reporting

Although expert scientists around the world are in agreement that the global climate continues to warm, creating dangerous effects for communities and wildlife, the topic is still often stuck in a media silo of progressive, left-leaning publications.

How can journalists and scientists involve a broader cross-section of society in the global discussion on climate change? How can we ensure the general public has the knowledge and the possibility to participate meaningfully in the climate debate, without resorting to stereotypes and misconceptions?

In response to these challenges, I have asked dozens of journalists and media professionals how they reach a climate-sceptic audience with their stories. Here are 6 of the solutions to media polarization they have proposed when reporting on climate change.

1. Spend more time listening to “the other side”

Understanding the perspective of climate change deniers is crucial to the process of bridging the gaps between communities, which is something that journalists should strive towards.

Journalists need to go beyond presenting the facts and research by elevating people’s experiences and perspectives through stories. Journalists need to be transparent and informed, and not exclusive of those who don't agree with the majority.

A great example of how this can be done is this New York Times piece that looks at U.S. citizens active in renewable energy, but whose families have a history in the fossil fuel business.

Simply providing accurate information on climate change is usually insufficient in reaching  the climate-sceptic population. Instead, try connecting with people’s values and morals to get through to them.

Trying to break through polarization when reporting on climate change requires the journalist to respond to the values and norms all members of a population care about, which may include nature, taking care of the local community, being proud of your country's environment and more.

Find specific stories happening in a context that is familiar to the audience so that the impact of climate change can be better understood, and so that people can relate to it in a local context. A story on the effects of sea level rise in a nearby coastal town might have more impact than a story on sea level rise happening somewhere far away.

Research local concerns by coordinating with city or regional officials and by attending public meetings on local issues. Find out what the community’s concerns and priorities are. Research local community values through local groups, unions, nonprofits and on-the-ground interviews and coordinate with environmental groups that have local membership.

Adapting your climate change story to a more local setting might also mean finding new ways of distributing your story to the community and engaging with your readers both before and after your story is published.

A powerful example of this strategy is this Guardian piece on a Welsh town that will soon be washed away by the sea, which could make them the first climate refugees of the U.K. The piece transports the topic of climate-induced migration into the reader’s backyard in a personal and concrete way.

4. Give a human face to climate change

Readers are better able to connect to stories that have a human element — that are more that facts and figures. To provide a human face to climate change, show the people organizing solutions to climate change and climate scientists you quote for your story. Look for people who are already experiencing the effects of a changing climate, and show their photos and tell their story.

Voicing and visualizing vulnerable groups’ concerns, knowledge and priorities when reporting on climate change has benefits for everyone. The easiest way to do so is by letting them do the talking.

Research has shown that people will remember an image long after they have forgotten a text they have read. If well balanced between emotionally powerful and factually representative, images can give a more nuanced and complete picture of a situation. They can also invoke empathy and strong emotions.

Try incorporating multimedia into your reporting using photo essays, short clips or local art. If you have the chance, you can also use new digital tools such as virtual or augmented reality to enrich conventional forms of reporting.

Al Jazeera’s Contrast VR series is a good example of what virtual reality could mean for climate reporting.

6. Look beyond for cross-border perspectives

Climate change issues are rarely limited to one specific region. Instead, they are taking place all around the world, in different shapes and forms. Showing how other communities, regions or countries are impacted by a similar issue — or have found solutions to similar challenges — can help readers connect to a group they might have thought of as "other."

These cross-border perspectives are key to adequately describing an issue that is truly global, and help to break through persistent stereotypes and misconceptions.

Arthur Wyns is a biologist and science journalist. He is a climate change researcher at the World Health Organization. 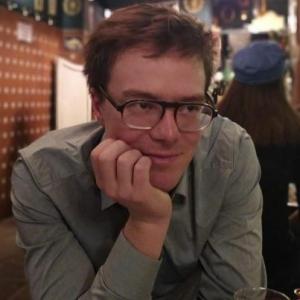 Arthur Wyns is a biologist and science journalist. He is a climate change researcher at the World Health Organization, and writes in a personal capacity.