Looking to become an environmental journalist? Here's what you should know.

From the alarming consequences of the climate crisis, to government corruption around environmental crimes and the influence of organized crime on rainforest deforestation, there is no shortage of issues for journalists to cover when it comes to the environment. More and more journalists today are becoming environmental reporters, as a result, in what was once considered a niche field.

In the lead-up to the 2022 United Nations Climate Change Conference, or COP27, in Sharm El Sheikh, Egypt, IJNet and the Pamela Howard Forum on Global Crisis Reporting dove into reporting tips and tools for journalists covering the conference, and for those new to the environmental reporting beat.

Here are highlights from the discussion:

The role of environmental journalists during COP27

Journalists are traditionally taught not to take sides in their reporting. With the climate crisis, however, there is only one side, said Chow.

“I'm not saying we should go and become activists ourselves, but I think we should be reporting the issue from the lens of justice,” she explained. “I think we should highlight [climate change’s] impact, highlight what has not been done, showcase some of the potential solutions, and make our stories relatable to people.”

During the COP27 conference in Egypt, journalists from the Middle East and North Africa serve an important role to communicate the conference to regional audiences. However, not all might be prepared to report on the events, Katt said. "Especially in the Middle East a lot of journalists don't have, or they miss some of the capacity, especially the technical part of it. With the Environmental Investigative Journalism Forum, what we are trying to do is support the journalists and provide them with information, if they need that,” Katt said.

[إقرأوا المزيد: 4 reasons you should cover COP27, even if you're not an environmental journalist]

Should everyone be an environmental journalist?

A global issue transcending one single beat, coverage of the climate crisis can incorporate a variety of topics. Many environmental stories are collaborations, too, Chow noted. “I think the key is not to try learning everything by ourselves, because we can't,” she said. “ It's all about building connections and collaborating with people with different skills and perspectives.”

Katt also emphasized the importance of cross-border stories, specifically in the Middle East and North Africa regions. “It's very clear that [climate change] is the most important cross-border topic that we can all work on together,” Katt said. “If we have that in our mind as an organization, as the newsrooms, and also individual freelancers, then we can absolutely do something about it.”

It’s essential that journalists interested in reporting on climate change increase their knowledge of the science of climate change and other environmental issues, said Katt. Fully understanding the science at hand can facilitate better reporting of issues. This is especially important because journalists are not researchers, but storytellers, said Katt: “We need to make people understand what we are writing about, touching their minds and hearts and their feelings. In this way, we can [influence] the impact that we want or hope to happen somehow."

Journalists should try to find stories that resonate with their audience, without exaggerating the news. “We are not downplaying the gravity of the climate crisis, of course, but we must be as truthful and accurate as possible when communicating back,” Chow said.

Sensationalized news headlines on climate change can go hand in hand with misinformation and misused data, according to Chow. This can impact readers' trust in the reporting they come across. “Once you put [misinformation] out there, you can’t actually take [it] back, so it is a disaster,” Chow said.

The future of environmental reporting

As the environmental journalism beat grows, so too do the ways in which it is being reported. Across the Middle East and North Africa, for example, more stories from a climate perspective have incorporated investigative journalism approaches, according to Katt.

“It can also make a big change [in] the high level — governmental level — which is, I think, the most important for us in our region,” she said.

For Chow, seeing more and more people coming from different fields and regions to collaborate on reporting projects that address climate change represents the future of environmental coverage: “Coming from different continents and perhaps, maybe Mais and I, or anyone who is watching right now can start brainstorming projects again."

Image by Sebastian Ganso from Pixabay. 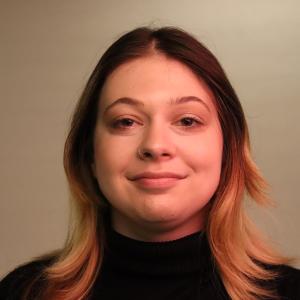 Annie Jennemann is a communications intern at ICFJ. She is currently a master's student at the University of Missouri - Columbia studying data journalism.