4 reasons you should cover COP27, even if you're not an environmental journalist

The 27th Conference of the Parties to the United Nations Framework Convention on Climate Change, better known as COP27, began in Sharm el Sheikh, Egypt, on November 6. Delegations from more than 190 countries are in attendance, including officials, academics, activists and journalists. The conference ends on November 18.

If COP27 is new to you, you might assume that the conference is intended solely for the organizations attending, and journalists who cover the environment or international politics. This assumption is understandable, but not correct. The real stories you’ll find at COP27 go beyond the latest scientific reports or statements from presidents and prime ministers.

Here are four reasons why, regardless of your beat or the medium you work in, you should keep an eye on the developments at COP27.

One common assumption is that climate change reporting should be limited to specialized coverage, for instance on international climate negotiations.

While it's perfectly possible to simply cover both science and the effects of climate change — which today is already in crisis — the reality is that journalists on all beats should incorporate climate change as a focus in their reporting. In other words, it’s a lens through which other topics can be covered.

Whether you are a journalist who reports for a local newspaper or TV station, or a radio reporter covering your country's political situation, by using climate change as a lens, you can discover new and important stories, raise relevant questions and identify connections between people and ideas.

(2) COP27 addresses the money being spent on the climate crisis

While much of the climate conversation has in the past focused on mitigation efforts like reducing greenhouse gas emissions, COP27 is more concerned with how we adapt to climate change, and pay for that adaptation. A specific question being discussed is: how do countries prepare for the effects of a climate crisis, even if we achieve the difficult goal of limiting global temperature rise to 1.5°C?

Adaptation efforts around climate change are especially necessary for developing countries, whose contributions to emissions are negligible in comparison to the dangers they face from the intensifying crisis. Some of these nations lack critical infrastructure and are located in geographical areas more prone to extreme events, such as hurricanes or droughts.

The central aspect of COP27 is an even more complex subject: who will pay for the damages and losses already being caused by extreme climate events?

Pakistan requires US$800 million, for example, to cope with flooding that has affected more than 30 million people. The nation’s official pavilion stand at COP27 warns: "What goes on in Pakistan won’t stay in Pakistan."

This year, for the first time, countries from the Global South added a key topic to the conference agenda: considering the mechanisms for compensating countries that hold less responsibility for, yet experience more consequences from the climate crisis than others.

In regions like Latin America, where public works corruption scandals have impacted almost every country, the funding that governments negotiate in the name of climate action will require that investigative journalists examine and track in the name of transparency.

Where will this money go? Who will carry out the initiatives for which the funds are earmarked, and how? What are the expected results? How will these climate action projects guarantee they reach the populations that need them? These are just some of the questions that await inquisitive journalists.

(4) Your colleagues will thank you

Journalists covering climate change continue to be stretched thin, and the beat remains understaffed. Many of us see erroneous or generalized information published about the crisis, too.

There are opportunities for better communication. Any ideas, questions or expressions of interest about the climate crisis aren’t a bother; rather, they come as a relief as we report on the challenging issues.

Collaborative journalism has evolved to become a necessity for producing high-quality reporting. Doing so makes environmental stories, educational pieces or long-form investigations, across a variety of formats, more attainable.

The climate crisis is humanity's greatest existential challenge, after all.

Main image by UNclimatechange on Flickr, under Creative Commons license.

This article was originally published by IJNet in Spanish. It was translated to English by journalist Natalie Van Hoozer. 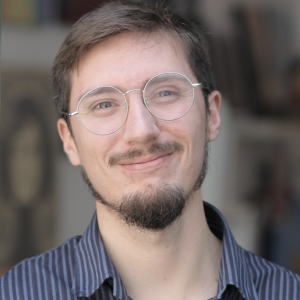