The 2016 U.S. presidential campaign has sparked a volatile political climate across the country.

As a result, American media organizations have been providing reporters covering the two national political conventions with special safety training just as they do for those they send to war zones.

“I have been a journalist for nearly 30 years,” the former war correspondent said. “I have never seen this level of concern about any domestic political event. People mention unrest at the DNC, but the RNC has potential to be much more violent.”

The Republican National Convention runs July 18 to 21 in Cleveland; the Democrats meet in Philadelphia July 25 to 28. News reports warn of clashes among protesters — particularly in Cleveland, where Donald Trump is the presumptive Republican nominee.

A story in the Atlanta-Journal Constitution noted that “several security experts, convention attendees and even prospective protesters fear that Cleveland might erupt into violence reminiscent of the 1968 Democratic convention in Chicago,” where thousands showed up to oppose the Vietnam War. Journalists were caught up in the fray of those injured or arrested.

There are predictions that up to 50,000 could descend on Cleveland to attend the convention or stage protests, rallies and acts of civil disobedience. The city has become a magnet for diverse groups like Bikers for Trump, Black Lives Matter, Coalition to Stop Trump, New Black Panther Party and Code Pink, setting the stage for civil unrest and violence.

Ohio has open-carry gun laws, which could make matters worse. Guns are prohibited inside the Quicken Loans Arena. Outside is another matter.

For months, Smyth’s security team has been providing civil unrest awareness trainings, newsroom safety seminars and videoconferences for dozens of journalists headed to the conventions.

GJS training director Paul Burton, who helps prepare and administer these trainings, described a mock Trump rally where instructors, posing as rabid supporters and bully reporters, shout four-letter words and order them to leave. The scene is similar to what occurred at Trump rallies during the primary season.

“In that case, [reporters] should be thinking how to de-escalate and get the hell of there,” Burton says. “The training helps them develop situational awareness.”

Off-duty police officers are hired to put journalists through the rigors of being arrested, handcuffed and hauled away. Fake blood appears when a colleague is attacked and injured. Journalists are taught how to treat burns, broken bones and chest wounds. 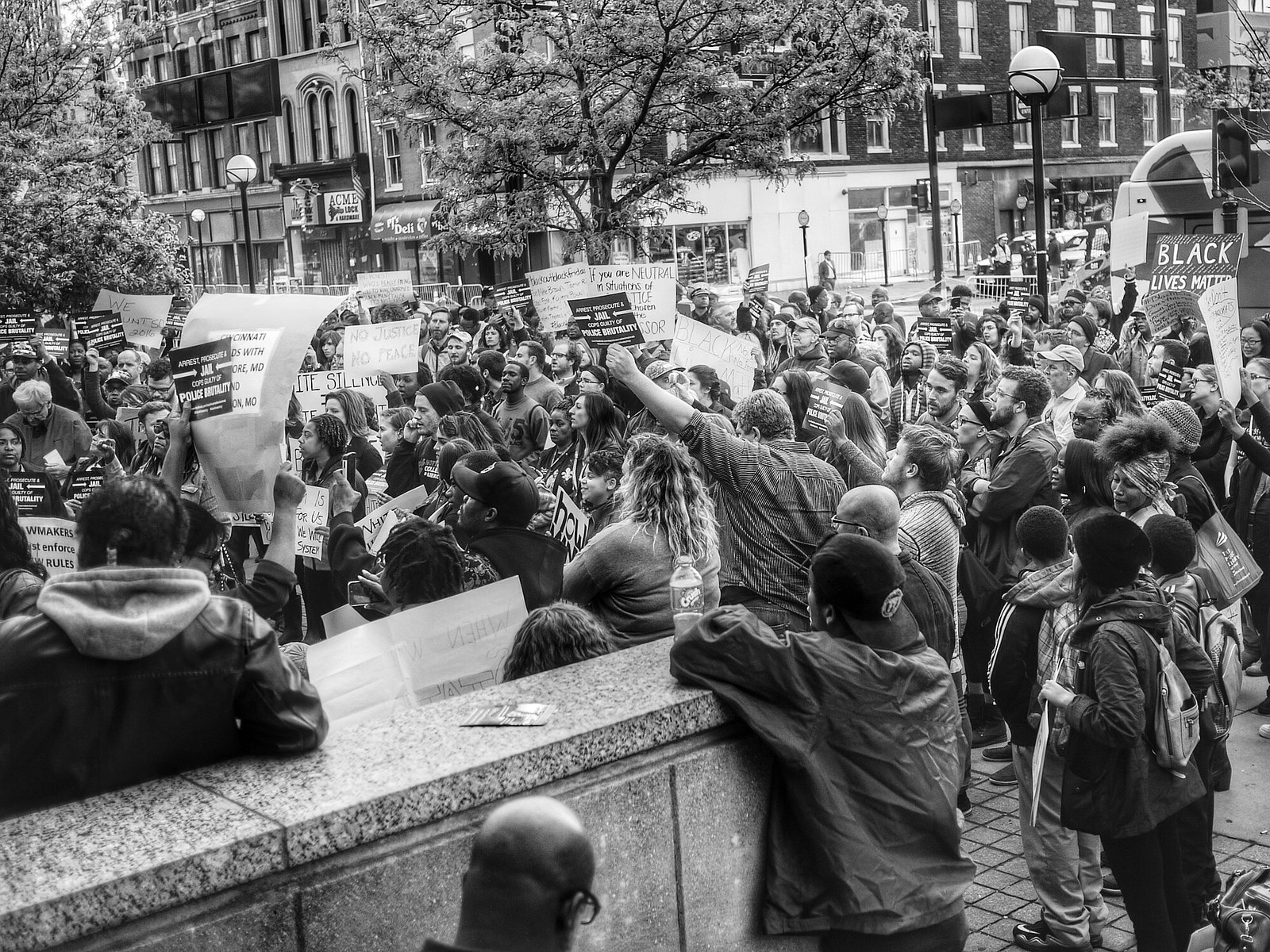 Burton also tells participants how to “unfreeze” the brain when danger strikes.

“Like a deer in headlights, you are frozen on the spot,” he said. “We talk about how to get the brain working again.”

He also introduces military breathing techniques to restore equilibrium. Trainers discuss practical advice like what to wear and what to do to avoid being targeted by protesters or police.

Smyth, senior adviser for journalist security for the Committee to Protect Journalists, posted an article listing recommendations for those headed to the conventions. Among his suggestions:

The Clandestine Reporters Working Group, which offers security advice to journalists and human rights workers, offers advice for preparing for convention coverage. Their tips include:

In addition, the Reporters Committee for Freedom of the Press is providing a 24/7 hotline offering free legal aid “to journalists who may face arrest, detention or other obstacles while covering the conventions or protests affiliated with them.”