Journalist of the Month: Baqer Ebrahimi

Baqer Ebrahimi began working as a professional journalist at Rah-e-Farda (Path to Tomorrow) in Afghanistan in 2013 after taking a short course in journalism. He first covered sports, which turned into exclusive reporting on women's sports. He has been working with The Epoch Times, based in Toronto, since 2017, and mainly covers current events in Afghanistan.

He also started attending college three years ago and is pursuing a degree in international relations at a private university in Kabul. More than anything else, he holds the safety and security of journalists near and dear to his heart.

Read IJNet's interview with him here:

IJNet: Given the fact that you have closely followed and reported on women's issues, what do you think of the current state of women's rights in Afghanistan?

Ebrahimi: More than any other group of society, Afghanistan's women and girls have endured pain during the tension, war and conflict in this country. The era of the Taliban was the worst period in history for Afghan women, which is why it is known as the "Black Era" in Afghan women's history.

These days, in light of a new chapter in this country's history, Afghan women are attempting to make history and change its course. I am doing my best to be part of this change by reporting it to enlighten the global community.

What is your advice for younger journalists who are just starting their careers in international reporting?

To become and remain a professional journalist,  journalism should be their passion, not just their career. In that case, they would be encouraged to pursue opportunities to advance their knowledge and experience, and deliver better work as a result.

It’s also important to combat mundanity and routineness, and always remember to gauge the public's viewpoint, sensitivities and affinities.

Kabul's currently an unsafe environment for journalists. What precautions do you take to keep yourself safe and how do you focus on reporting and productivity?

Afghanistan is indeed extremely unsafe for journalists. According to Reporters Without Borders, it is one of the most dangerous countries in the world for them, specifically in Kabul.

I would be lying if I say that I don't fear this fact or worry all the time, but there is no alternative other than accepting these facts, being extra careful and focusing on work. What motivates me most is my quest for democracy and hope for the future. We all work in the hope that our country and people finally find peace.

As others have said, there is no report or story that is more valuable than one's life. I recommend that this sentence be taken seriously by my coworkers so they would not end up like dozens of our peers who embarked on a mission and never returned.

Wear protective gear such as safety or bulletproof vests and safety hats. Prior to leaving for a field report or interview, research the area and always know your whereabouts. Figure out back roads and alternative routes to take in case of an attack or danger. Stay away from red line areas and listen to security forces' warnings, which unfortunately, some Afghan journalists do not.

Sadly, the current security status in our country is worse and more fragile compared to the past, so taking extra safety measures is extremely important, now more than ever. If you encounter an attack in a province or on the way, try to communicate with the attacker or kidnapper, and attempt to bring up common points or interests with them, such as their same religion, country or values.

How have you used IJNet to advance your career?

IJNet is extremely useful to me. I regularly read IJNet Persian’s posts and have applied to many journalism opportunities. Because of IJNet, I decided to study English and advance my fluency, which I am in the process of doing. I will be able to apply to more opportunities if I have a better command of the English language.

I have also used some of the software and tools that IJNet has introduced or recommended, and they have been very helpful. I read the tips for remaining safe very carefully, and implement them on a daily basis.

I have learned so much from IJNet over the past two years, and hope that they keep up the good work and continue to help journalists like me. 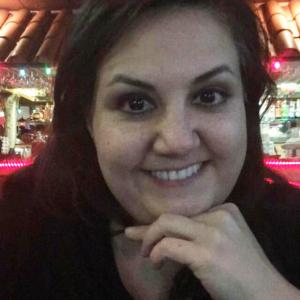