Building a future for climate reporting in Africa

Last year, a young Kenyan journalist named Cece Siago received an email informing her that she’d been accepted for a climate mentoring fellowship. She was so elated to be accepted to a program that would finally help her improve her reporting skills on climate change and the environment, which she has always been passionate about.

“I was excited because this was my first international fellowship. It felt like a ‘finally’ moment,” Siago said.

As the climate crisis intensifies globally, Africa is especially vulnerable to its consequences. Many mainstream media outlets on the continent, however, rarely cover issues related to the environment.

The lack of coverage has ripple effects in the population. In a 2019 report from Afrobarometer, four in 10 Africans said they were unfamiliar with the concept of climate change. In journalism, many young African reporters pay little or no attention to climate coverage.

“Climate reporting in Africa is still untapped. One of the reasons is because such stories are not given priority compared to other stories or topics like politics,” said Siago.

The international media organization, Climate Tracker, is intent on improving this set of circumstances by training journalists under the age of 26 on climate reporting, and offering funded fellowships and community hangouts.

“African journalists tend to have less access to opportunities than reporters in the Global North. This gap is even bigger for younger reporters, who often have to look for global opportunities in order to access specialized training on climate issues. That is why Climate Tracker has focused on bringing opportunities to emerging [African] journalists,” said Sebastián Rodriguez, the editor-in-chief of Climate Tracker. “We are devoted to training an emerging generation of talented and hardworking journalists on the continent.”

To this end, in 2021 Climate Tracker organized virtual fellowships for young journalists globally to report on environmental issues in their communities. Six young African journalists, including Siago, were selected.

“The major impact that Climate Tracker has had on my career is that it has given me the courage to first identify climate change stories and pitch them,” said Siago. “It has also made me [more] interested in telling climate and environmental stories. In every story, I am always on the lookout to get a comment about environmental issues.”

Last year’s cohort of Climate Tracker fellows had the opportunity to cover the United Nations Climate Change Conference (COP26). The reporting carried out by African journalists shed light on important climate issues across Africa and the Middle East.

“Some of the best works were [produced] by African journalists, such as Onke Ngcuka’s story about South Africa’s refusal to pledge movement away from coal; Eman [Mounir]’s story about the impacts of climate change on conflict zones in Yemen and Palestine; Caroline [Ayugi]’s story about Uganda remaining silent about deforestation during the climate summit; Hadeer El-hadary’s insights into the realities of climate finance; and Rahma Diaa’s story about a potential switch to hydrogen-focused energy in Arab countries,” said Rodriguez.

So far, so good

The upshot of Climate Tracker’s efforts is a heightened focus on climate reporting in African media. Young journalists on the continent are producing major climate stories in their communities which are effecting changes in government policies and decisions related to climate change.

After Agbaje Ayomide visited a camp of internally displaced persons (IDPs) in the city of Makurdi, Benue state in Nigeria, and reported on the regular flooding they experience, the Benue state government began implementing new measures to help ensure the safe return of over 1.5 million IDPs to their ancestral homes.

In some cases, too, the reporting these journalists have carried out has been award-winning. “We're very proud to see some of the members of our community like Rahma Diaa from Egypt or Shorai Murwira from Zimbabwe receive awards and recognition for their work, because it's further confirmation that all that reporters in the continent need is an opportunity to prove their talent,” said Rodriguez.

Photo by Justin Lane on Unsplash. 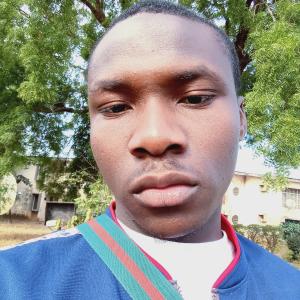