This Nigerian foundation is training student journalists how to become “mediapreneurs”

Roland Bayode is a senior mass communications major at the Adekunle Ajasin University, in Ondo State, Southwest Nigeria. Though he started practicing journalism in his first year, it wasn’t until recently that he earned bylines with media outlets beyond school blogs.

Today, Bayode is an associate editor for Nigeria Grassroot News, an online newspaper covering political issues and events in the country. Bayode's access to journalism opportunities expanded after he worked with the Africa Foundation For Young Media Professionals (AFYMP), a platform that helps student journalists become “mediapreneurs,” – owners of  small organizations whose activity adds innovation to the media ecosystem.

"Getting the job as an associate editor after participating in the AFYMP workshop is a dream come true. I consider it [to be] a huge responsibility on my shoulders considering the fact that I am still an undergraduate [student]," he said.

Bayode’s story is an example of how AFYMP is helping strengthen Nigeria’s media ecosystem. By empowering students to become sustainable and innovative journalists during their university years, AFYMP is creating a new generation of reporters better equipped with the tools and passion necessary for journalism right at the start of their careers.

Cultivating the next generation of journalists

Communications and media specialist Yinka Olaito’s interest in mentoring young writers led him to create AFYMP in 2017. At AFYMP, Olaito and his team provide workshops to train college students on the media skills needed to create and market small newsrooms.

"We observed that Nigeria media outlets are not yet in the position they ought to be [in] because many media executives did not have opportunities for proper training during our time,” said Olaito. “We decided to change media narratives for the next generation by training them on how to become successful journalists and mediapreneurs.”

Since its founding, AFYMP has been at the forefront of uplifting the next generation of media professionals, providing them with the tools needed to write, edit and pitch impactful investigative and solution stories that lead to change.

Apart from his team, Olaito invites mainstream journalists and media experts to his workshops to help train students and offer professional expertise on the best practices for investigative and solutions journalism.

"We were taught deep concepts on media narratives and things expected of us as young journalists: to challenge the status quo, right wrongs and make needed changes to our society by using our pens," said Bayode.

In Nigeria, campus journalism is growing fast. As they report, young writers are quickly establishing themselves as community watch dogs as they help expose wrongdoings in their respective schools. AFYMP sustains the work of these student journalists by linking them with established newsrooms and providing mentorship before students transition into their careers.

Since most journalism schools in the country lack the necessary equipment and tools to teach students practical skills, Olaito hopes to fill the gap with his training as his team works with the Association of Campus Journalists in tertiary schools.

The move to tertiary schools is also an effort to instill journalism ethics and discourage “brown envelope journalism,” in which individuals or companies bribe journalists to produce more positive reporting on an issue or kill a negative story.

“Old journalists in Nigeria are engaged in 'brown envelopes journalism,” said Olaito. “So we felt [like] we needed to go to tertiary institutions where student reporters are not moved by money but passion to succeed."

[читайте также: Building a future for climate reporting in Africa]

Although Olaito and his team have successfully carried out AFYMP’s mission of cultivating Nigeria’s next class of student journalists, launching a media hub to train students in the country has not been easy. For example, until a recent partnership with the Wole Soyinka Centre for Investigative Journalism (WSCIJ), much of AFYMP’s funding came from the founder’s personal earnings.

Nevertheless, Olaito is hopeful that AFYMP trainees will be the next faces of journalism and accomplished media executives in Nigeria and all over West Africa in the near future.

“We made a lot of discoveries while training the campus journalists. Having trained them physically, we continue a follow-up mentorship with them virtually to be sure that they put into practice what they learned from the in-person trainings," said Olaito.

"I am optimistic that our trainees will help redefine journalism with evidence-based and public interest reporting," he said. 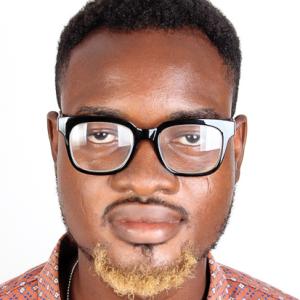 Adejumo Kabir is a Nigerian journalist with many investigative journalism awards to his name. He is the Director of CampusPress Hub and Author of Campus Journalism Beginners' Handbook.