Tips for reporting on reproductive health

The recent release of a draft decision by the U.S. Supreme Court that suggests it will repeal the 1973 Roe v. Wade decision that established a constitutional right to abortion has placed access to abortion and other reproductive healthcare into the media spotlight. Covering abortion and reproductive health requires care and understanding. It is critical today, more than ever, to report on it for your local communities and audiences.

Understand the issue and its history

Journalists should first ensure they fully understand what abortion is and its history when they set out to report on the issue. Physicians for Reproductive Health’s abortion reporting guide includes facts about abortion, tips on how to make your coverage inclusive, interview sources to reach out to or avoid, and more.

Journalists should understand how the Roe v. Wade decision legalized people’s right to choose and why the case is so monumental in the U.S.

[читайте также: 4 sources every health journalist should use more often]

If Roe v. Wade is struck down, it will have immediate effects that vary depending on the state. So called “trigger laws” will ban or severely restrict abortion in 13 states right away, with additional restrictions likely in other states following such a decision. Proposed legislation in many other states may go a step further even, such as preventing pregnant people from leaving the state for an abortion, or even criminalizing abortions as homicide. Other states, like Arkansas and Arizona, would prevent abortion even in the case of rape or incest, potentially leading to more unsafe abortions in these scenarios.

Outlawing abortion harms women’s health and safety. The overturning of Roe v. Wade would have significant consequences for women’s health care in the U.S. Legalized abortion has been found to result not only in fewer abortions overall, but also a reduction in maternal mortality, specifically among Black women.

Globally, 47% of abortions are unsafe, with over 75% of abortions in Latin America and Africa – regions in which a majority of countries ban or severely limit abortions – classified as such. Worldwide, unsafe abortions result in an estimated 7 million hospitalizations and around 47,000 deaths annually, according to the World Health Organization.

Knowing these statistics and accurately reporting the consequences of what rules will be enacted will help audiences better understand the reproductive health environment they would live in post-Roe. Many Americans don’t fully know what laws or anti-abortion enforcement methods will be implemented in their respective states if Roe v. Wade is overturned. As a journalist, you can help inform audiences on if their views match the laws and policies being proposed.

Be mindful of the language you use

The language you incorporate in your coverage can have a major impact on what readers take away from your article.

Consulting with medical experts can help you get your facts straight and determine the best terminology to use, while also considering the emotional nature of the topic. This will help ensure that readers focus on the content of your story. The American College of Obstetricians and Gynecologists has created a guide full of words to avoid when talking about abortion, including explanations on why certain expressions should be avoided.

Reporters can also use Cobalt’s reproductive rights glossary to identify what vocabulary to use when reporting on this issue. The resource also includes definitions for words commonly used when discussing abortions.

Reproductive health doesn't just affect women. People who do not identify as women can get pregnant and get abortions.  Ensuring that your coverage is inclusive of all gender identities will not only make everyone feel seen and included, but will also help communicate the full scope of people affected. Here are some key resources:

Journalists should address the unequal impacts that barriers to reproductive health have on different communities.

The people most affected by abortion restrictions, for instance, are those from marginalized communities who face overlapping systems of oppression. These communities include people with disabilities, LGBTQ+ people, people with low incomes, and Black, Indigenous and other people of color, among others.

Reporters should provide context on why certain communities may have higher abortion rates than others. They should also highlight how different factors such as race and economic status can and are likely to continue to determine who has access to safe abortions and who does not.

[читайте также: How journalists can best report on mental health and suicide]

When reporting on reproductive health, recognize that opinion polls and surveys may only provide a small snapshot informed by the news cycle, and that individual views are often complicated.

For example, although polls have shown that Americans support keeping Roe v. Wade by wide margins, this varies depending on demographics and political affiliation. Furthermore, not all individuals who support Roe v. Wade support unrestricted abortion access, nor do those who oppose it oppose all abortions, such as in the case of rape or when a mother’s life is in danger.

When interviewing individuals, be sure to provide context to your questions and be prepared to offer additional information, as people may hold contradictory views. For example, while a slim majority of Americans support restricting access to abortion when a heartbeat is detected, one poll found that a majority oppose it when informed that doing so would restrict abortion to before six weeks after conception.

Remember that reproductive health is not only a U.S. issue

In Latin America, for example, abortion access is expanding. It has recently been decriminalized or put on the path to legalization in Chile, Colombia, Argentina, and Mexico, among others. In Europe, Ireland and Northern Ireland both legalized abortion in recent years, representing a global trend towards legalization.

However, there are exceptions. In Poland, the country’s Supreme Court recently banned access to almost all abortions, and it remains illegal across much of Africa and Asia.

U.S policies on reproductive health impact global health outside of abortion access, too. The Mexico City Policy prevents federal funding from going to nongovernmental organizations that provide or promote abortion, and has been implemented by every Republican president since Ronald Reagan. Opponents of the policy argue that it restricts funding to organizations that also provide a range of other health benefits, such as fighting against infectious diseases and combating maternal mortality, especially in developing countries.

Photo by Gayatri Malhotra on Unsplash. 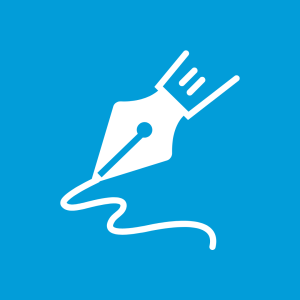