Journalist of the month: Izhar Ullah

As a young child, journalist Izhar Ullah realized he had a passion for writing. In the 10th grade he began writing for a children’s magazine in Pakistan, and he started to research careers in journalism. Despite Ullah’s love for writing, his family did not support his desire to pursue it professionally.

Although he has faced obstacles such as not initially having family support and having to face the dangers that accompany reporting in remote areas in Pakistan, Ullah’s perseverance and dedication to keeping his community informed remain strong.

His commitment to journalism has permitted him to craft powerful stories. From reporting on the fears that accompany being transgender and testing positive for HIV, to reporting on Peshawar’s all-girls science team, Ullah has used his writing to raise awareness about the experiences of various groups of people within his community.

Throughout his career, Ullah has worked with the BBC, Dawn, and at The Express Tribune, where he did investigative reporting on the government, women affairs and civic issues.

In 2014, he also participated in a reporting project carried out by the organization GIZ, in which he visited Pakistan tribal districts and crafted stories that were later broadcasted on Radio Pakistan.

For the past eight years, Ullah has reported from the Khyber Pakhtunkhwa province and areas bordering Afghanistan. He currently works as a reporter for the Independent Urdu.

What challenges do you face with your reporting?

There is always pressure while doing journalism in Pakistan, there are different state elements and non-state factors that you have to consider. Particularly, when doing stories that are sensitive to natives, and doing stories on women here in Pakistan in remote areas.

There are always dangers and issues whenever a reporter visits an area where there are cultural barriers. Since I worked heavily on women affairs, finding women in remote areas who were willing to speak and share their voices was always a challenging task. In Pakistani society, particularly in remote areas, women hardly come on camera to speak.

I found a lot of resources on IJNet about how to do journalism in such a sensitive area or an area where there are some cultural constraints. So yes, there are pressures, but we are doing journalism and we are covering a lot of good issues.

What are some specific issues you have reported on and why did you feel the need to bring awareness to them?

I have worked extensively on women affairs in Pakistan’s northwestern province of Khyber Pakhtunkhwa. I’ve done feature stories on so-called honor killing, child marriages and the abuse the transgender community is facing in this area.

Furthermore, I’ve done extensive reporting on women's legal right to vote in elections. Various incidents happened in Pakistan’s 2018 general elections where women were barred to vote, particularly in remote districts of the province. Women make up nearly 50% of the country’s population, and barring them from exercising their right to vote is against freedom of expression and the masses need to be aware of this.

What do you do to ensure your safety while reporting?

Firstly, I follow all the security protocols of my organization. Secondly, I always study the culture and the traditions of the area where I am visiting, so that I won’t do anything that goes against the community’s culture or tradition.

Also, I try to connect with some locals to help me while I’m navigating the area as locals have more understanding of the area and culture.

You've done a lot of investigative journalism throughout your career. Are there other types of journalism you are interested in trying, too?

I'm learning different things so that I can report on environmental issues. Last year, I worked as a South Asia fellow for six months reporting with Climate Tracker.

I'm not an expert in environmental reporting, I'm learning, and I'm interested to learn more about the environment and climate crises.

Can you talk about your experience with the British High Commission Chevening South Asian Journalism Program you found on IJNet?

I was selected for this program back in December 2020. Our visit was scheduled to be held in March but unfortunately, the pandemic delayed it from March to June and then from June to October. Now we are waiting for our visas so that we can visit London and join the prestigious program.

I expect it will be a very fruitful program because journalists from India, Bangladesh and Nepal are a part of the program as well. This will be a cross-cultural experience. We will get the chance to learn from them, they will be able to learn from us and we will get to share experiences. Besides, the program itself is a very prestigious one, a very competitive program, so I am proud and happy that I was selected.

What advice would you give to up-and-coming journalists?

First, balancing the story is one of the basic principles of journalism. Secondly, if a reporter incorporates versions from both sides of the conflict in the story, the reporter will ensure their safety and they will not face any trouble after the story is published, which could include legal action being taken against the reporter or any threat from the side the reporter forgot to talk to. 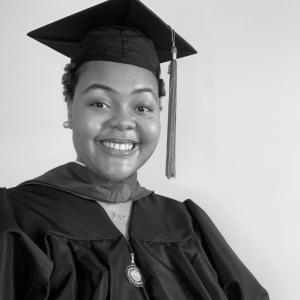 Jamaija Rhoades recently graduated from Hampton University with a B.A. in Journalism. She is currently a Campus Consortium Reporting Fellow with the Pulitzer Center and an intern at IJNet.