As COVID-19 spread across Europe, countries like France, Italy, Spain and the U.K. faced high rates of cases, hospitalizations and deaths due to the virus. Germany, meanwhile, eluded similar levels of transmission and suffering among its citizens.

First, testing and contact tracing were implemented early on. Had that system been adopted only a week later, the virus’ spread might have been exponential. Second, the information flow between scientists, politicians and the population was much more effective than in other countries, including the U.S. As a result, “people were starting to already fulfill the measures before [they] were actually decided.” This included wearing masks, socially distancing and avoiding large gatherings.

Like its European neighbors, Germany saw a resurgence of COVID-19 over the summer months, with the number of daily cases jumping from 200 in late June to 2,000 in mid-August. According to Meyer-Hermann, the increase in cases was due to people traveling and returning from vacation, and not from a change in social distancing or mask wearing. He added that the increase in cases is not making him reconsider his strategy so far. “The virus is there, [but] the measures we have are able to contain it,” he said.

As Germans spend less time outside now with fall and winter fast approaching, Meyer-Hermann expects the viral spread to pick up. “Most of the infections happen in closed rooms, so we will have intensified dynamics of viral infections, and the whole thing will start again,” he said. “The question is whether we are able to contain it without another lockdown, and that is hard to foresee.”

Testing, contact tracing and isolation are not enough to contain the virus in the country, said Meyer-Hermann. These strategies need to be combined with mask-wearing, particularly when indoors. When it comes to anti-mask protests, Meyer-Hermann said he was not surprised they have happened. While they have led to increased transmission, he believes the containment put into place should be enough to tolerate the uptick.

Like most other European countries, Germany has allowed schools to reopen. So far, it’s difficult to assess the transmission dynamics, said Meyer-Hermann. On the one hand, “if [kids] get sick, they get fewer symptoms. But there might still be long term effects we shouldn’t neglect.” On the other hand, we don’t know if transmission through kids is less likely. In schools, there are “so many more contacts than in other parts of society. So even if they are less infectious, there is still a big danger because of the number of contacts.”

Meyer-Hermann said he will need to reassess Germany’s strategy as the temperatures continue to drop. A significant problem for him is “that children will come up with the normal flu so they’ll have symptoms. But then what are you going to do with this pupil? Do you send them to school?” Indeed, if kids with symptoms need to get tested first, schools might be half empty most of the time.

As many look forward to the distribution of a vaccine, Meyer-Hermann is skeptical about its potential efficacy. A few months ago, 50% of Germans were willing to get vaccinated but that number has since dropped to 20%. “We are now containing the virus and the necessity to become vaccinated with all the question marks that are associated and the unknown side effects [is decreasing],” he said. According to Meyer-Hermann, this amount of public buy-in means a vaccine will be unlikely to achieve the herd immunity required to stop widespread testing and contact-tracing.

Critical to Germany’s success in slowing the spread of COVID-19 has been the flow of information, from science to politics to the people, noted Meyer-Hermann. This central feature can be replicated in other countries around the world — even those with fewer resources at hand. “That is not very expensive,” he said. “That’s nothing you couldn’t install somewhere else, even though it might be difficult in some parts of Africa, for example, to reach every citizen.” 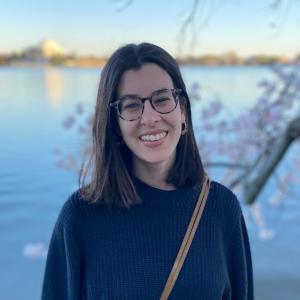