A few weeks ago saw the wrap-up of the fifth annual Media Party conference, organized by Hacks/Hackers Buenos Aires. The event brings together journalists, programmers, designers and entrepreneurs from five continents to work toward advancing online journalism.

The 2016 Media Party saw more than 2,300 people attend an intensive three-day schedule of conferences and workshops, culminating with a hackathon and a “Media Fair” that showcases apps and data journalism tools. Every year, the event gets bigger and better: the logistics are better planned, more participants attend from a greater number of countries and we spark more regional interest in news innovation trends. In past years, we’ve seen the number of participants increase by 30 percent compared to previous years; this latest event saw our greatest increase yet, at 40 percent.

With the aim of broadening the knowledge of those focused on making Latin American media more innovative, here are a few of the most important lessons we’ve learned from organizing Media Party and why we think we’ve been successful.

Every year we discuss which trends we should emphasize. The team of Media Party organizers — about 20 people who are active in the Buenos Aires Hacks/Hackers chapter — meet and select the event’s focus. We try to come to a consensus quickly. This year’s topics included:

This helps us attract attention from the audience we want to target: those who are curious, who are looking to push themselves and surprise themselves. That’s precisely who we want to work with and train.

Think of the event as a whole, with each activity feeding into the next

In practice, this means that each Media Party activity — and the way it’s scheduled — prepares participants for what comes next.

The event starts with our keynote speakers giving talks on their area of expertise; next, they invite people to participate in their training workshops starting that same afternoon. This way, participants can better absorb the subject matter and decide which workshops they want to attend.

The workshops are where people can develop the skills they later use during the hackathon, held on the third day. Basically, the keynote speakers, workshops and Lightning Talks are the prologue to the final event, the hackathon, because that way people have already gotten to know each other and are willing to work together.

Stick to the same basic structure, but keep improving

Our Media Party events always follow the same basic format: two days of keynotes and workshops, ending with a hackathon on the third day. This helps participants find their bearings during an event in which there are lots of things happening at once. They can explore, discover, connect and then get to work on what they’re interested in, with people who interest them.

Prepare participants for the hackathon 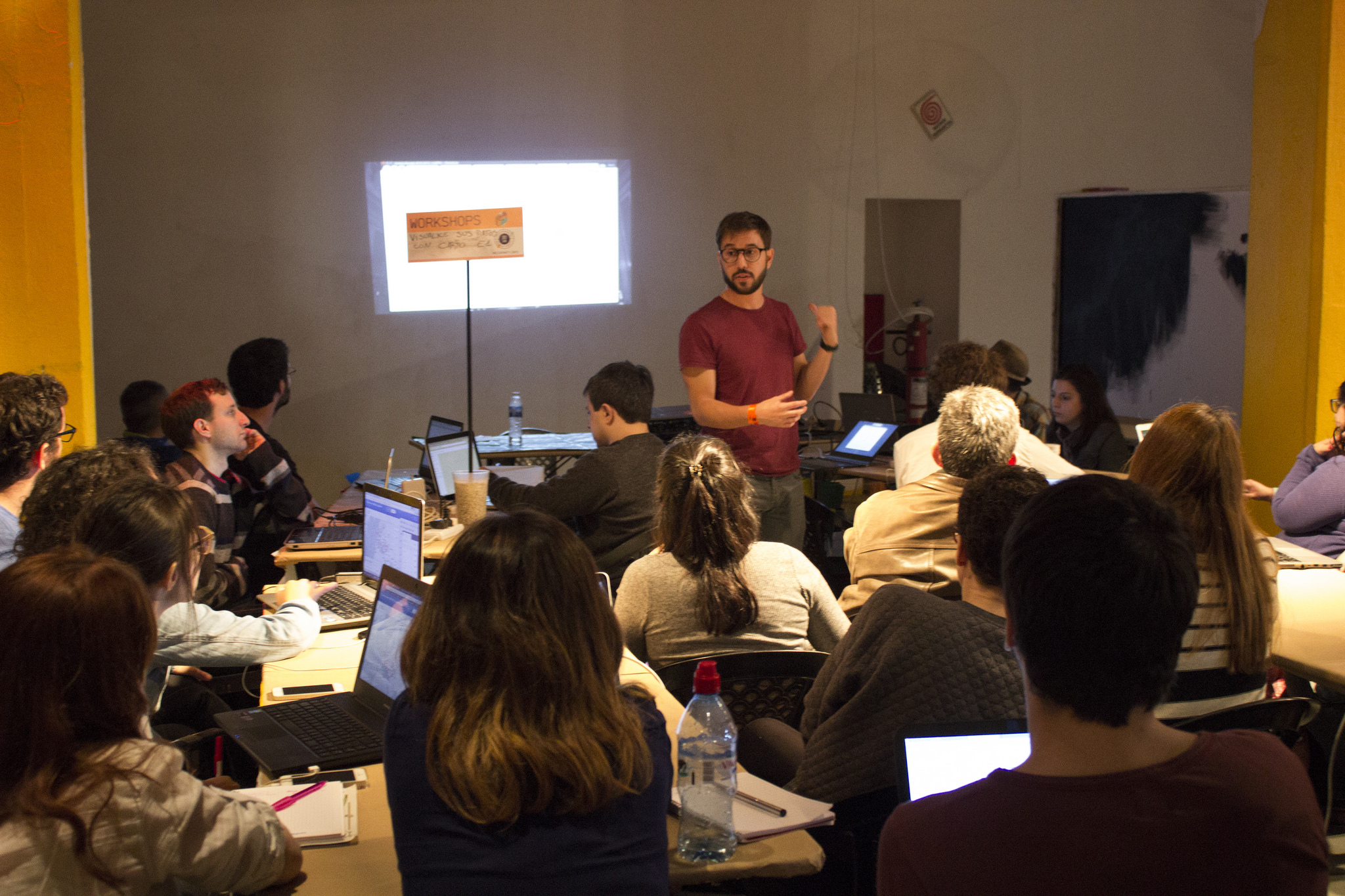 We have a team dedicated exclusively to organizing the hackathon, and we also design a promotional campaign prior to the event. The day before the hackathon, we organize a two-hour event for those interested in participating — that way, people can start forming teams and discussing projects. Nearly 70 people participated this year.

Thanks to lessons from past years, we were very satisfied with the results of the 2016 Hackathon: we had nearly double the number of participants compared to last year; the number and quality of projects improved significantly; and nearly all project teams met their goals by the end of the day. You can see some of the projects at the Hackathon Media Party 2016 HackDash.

We always have an open application process for people to present on their workshop proposals, projects, products and/or services at Media Party. After a month of accepting applications, we analyze what we’ve received and pick those which appear to be the most solid, innovative and in line with the themes we’ve chosen to highlight. The result is a good mix of talks and workshops; at the same time, it’s an opportunity for members of Hacks/Hackers Buenos Aires to show off their talent and creations. Over the years, we’ve tried to make improvements to the application process to ensure people understand what we’re looking for and that we have enough information on every proposal to make fair decisions.

Sure, this one’s obvious, but we can’t under-emphasize its importance. Surveys help us better understand what our community likes, who they are, what expectations they have and why. This gives us key information to keep improving year after year, which allows us to better raise funds for the following year when we’re able to show how we keep evolving.

Based on our 2013 surveys, in 2014 we started using Lightning Talks as a way to highlight regional projects. This year, we brought the Lightning Talks to the main stage and translated them simultaneously into English, another decision we made based on survey feedback. Other frequent requests included more networking, which is why we organized a chill-out co-working space which worked very well.

If you didn’t make it to Media Party 2016 or if you’d like to revisit it, check out our YouTube channel.