Hundreds of thousands of farmers in India lined up in their tractor trolleys outside of the national capital of Delhi late last year to protest new agricultural laws enacted in the country. The protests sparked the idea among several protesters to create a reliable news source for the farmers.

Gurdeep Dhaliwal, a documentary photographer, Surmeet Maavi, a screenwriter, and Ajaypal Natt, a physiotherapist, launched the Trolley Times newsletter in December to provide “news by the protests, for the protesters,” explained editorial team member Jasdeep Singh.

Run by a team of 10 volunteers, the initiative seeks to reclaim news coverage about the protests, as protesting farmers have accused mainstream media in India of pandering to the government’s line and painting protesters as “anti-national.”

“There was a lot of noise on social media, and mainstream media had their own narrative. We wanted to cut [through] the clutter,” said Singh, adding that because the members of Trolley Times have been involved in the protests, this initiative “became a sort of calling for us.”

“We want to create an archive of the protests. We focus on individual stories and experiences from the protests,” added Dhaliwal.

A sense of community

Through its print editions, the newsletter attempts to recreate how news is consumed by the farmers back in their home villages, in the northern Indian states of Punjab and Haryana. It’s more of a community affair there, said Singh. “People sit around, read and discuss the news in the villages. That’s how newspapers are consumed in the villages,” he explained. “Many of the farmers are [older than] 50 and not attuned to how to process the news that comes via social media on their phones. We wanted to bridge the gap with print.”

Today, Trolley Times prints around 5,000 copies that are distributed at the four main protest sites, Singhu, Tikri, Ghazipur and Shajanpur. On especially newsworthy days like January 26, when violence broke out after protesting farmers entered Delhi, the team distributed 7,000 copies of the newsletter. Almost 20 editions and counting have been issued to date.

The newsletter publishes in Punjabi and Hindi, and several editions have been translated to English, as well. The website supplements its content with event timelines, videos and it also tracks protesters who have lost their lives.

Dhaliwal stressed the importance of social media in their efforts, highlighting their considerable followings on Facebook, Twitter and Instagram. “The kind of goodwill we have garnered — we have people who voluntarily translate for us,” said Singh. “People feel the paper is their own, they want to have a copy.”

Trolley Times carries articles on development, agriculture and economics, written by academics, economists and fellow protesting farmers. The newsletter has also run profiles of farmer unions, including a regular column that reports on important decisions taken by the Samyukt Kisan Morcha, an umbrella coalition of farmer unions at the protests.

Trolley Times follows a tradition of newspapers and newsletters launched by protesters around the world in the past to fill voids they see in news coverage.

In Iraq, protesters launched a newspaper in 2019 called Tuk Tuk, the name paying homage to the popular three-wheel vehicle seen as a symbol of resistance. In Syria, a group of women led by Kholoud Waleed started the independent newspaper, Enab Baladi in 2012 in a bid to “reveal the truth” about the conflict in Syria. In the U.S. during the Vietnam War, it is believed that more than 5,000 underground newspapers were in circulation during the height of the anti-war resistance, including a monthly newspaper called “The Ally,” which also shipped to soldiers in Vietnam.

In India, Trolley Times supporters have likened the newsletter to the Gadar newspaper, which was published by expatriate Indians in support of the country’s independence from the British. Singh, meanwhile, believes the Samyukt Kisan Morcha’s social media wing, the Kisan Ekta Morcha, is a more apt comparison.

“We are a few artists and activists who have gotten together and wanted to contribute to the farmers’ movement,” said Singh.

Challenges and the future

After the violence that broke out in late January, the government shut down the internet and closed off roads. The Trolley Times team struggled to deliver copies of the newsletter to the protest sites, and that week’s edition was delayed more than a week.

The newsletter has also drawn attention from local authorities. While those running the newsletter haven’t been approached directly themselves, police have questioned supporters about their links to the initiative, said Singh.

Meanwhile, Trolley Times has gained traction internationally. It was mentioned as a news source in a toolkit shared by activist Greta Thunberg, for example, which offers resources for how people can support the protesting farmers. Readers from around the world have reached out to offer their appreciation and support, too, Singh added.

The team has funds to run the newsletter for another six months through a nonprofit they have set up. Looking ahead, they are exploring the possibility of adding a bi-lingual Punjabi-Hindi magazine, and starting a podcast, according to Singh.

“Judenge, Ladenge, Jeethenge.” “We will get together, fight and win.” It’s the slogan the newsletter chose for its launch edition, signaling solidarity with protesting farmers. It’s what continues to guide the initiative today.

Annie Philip is an independent journalist based in New Delhi, India. Her work has appeared in The Correspondent, Nieman Reports, the New Statesman, and Harper's Bazaar, among other outlets. 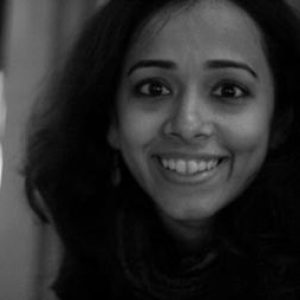 Annie Philip is an independent journalist based in New Delhi, India. Her work has appeared in The Correspondent, The Ken, New Statesman, and Harper's Bazaar, among other outlets.