Building audiences through social media has been a 'vital means of getting attention' for ProPublica's stories, according to Amanda Zamora, the senior engagement editor at the U.S. nonprofit investigative outlet. She spoke to Angelique Lu [of WAN-IFRA] about chat apps, curation of content and innovation in newsrooms.

1. Audience building in social networks is key to ProPublica’s success

We really relied on partners in the early days of ProPublica to find an audience for our work and now through social media we’re able to build an audience with readers and not be as reliant on traditional news partners. That has been really powerful for us.

2. Find experts in the social media networks that you build

It’s been a great way for us to get people involved when we do call outs. We’re able to put the word out through social and find communities that are out there and interested and invested in the topics that we cover. [Then we] go to them and ask for their help. It’s been great that way.

3. Social media takes time – but it’s worth the investment

It takes effort. [There's] a lot of emphasis right now on the use of social networks for distribution, but there’s a lot of opportunity in the use of social networks for engagement around the stories that we’re telling. It takes planning and resources, and I’m hopeful that newsrooms will start to invest in social for both distribution and [the] engagement side of things.

4. You can navigate Facebook’s newsfeed monopoly by creating communities

I think Facebook is really key to anybody’s social strategy. There’s no getting around it. It’s where so many people are spending their time. It’s important for us too. We’ve had a lot of success by not relying entirely on the news feed, but by creating break out groups and communities to try to focus the conversation in a dedicated space. But in terms of the news feed we work just as hard to try to make sure that we are getting our content out there.

One thing that we tend to do is be generous with curating other people’s work because it helps us stay relevant in the news feed even when we might not have our own original content to share at that given time around that topic. So we do that.

We also really pay attention to who is sharing our work and not assume that us posting directly on our Facebook page is going to have the kind of impact that we want in terms of engagement or clicks, but thinking about how to reach out to Facebook influencers the old fashioned way: emailing them, talking to them, asking and inviting them to share our work. So, we try to go about it in as many creative ways as we can because at the end of the day it’s really important to us to make sure that we are finding an audience on Facebook.

6. Chat apps facilitate interaction between the audience and the journalist

I think they’re fantastic for giving readers one-to-one access to your reporters. It might be hard to build audience or awareness. Snapchat is that way too. It’s kind of cumbersome to make that connection, but once you do it’s so easy to interact. I think it’s that low friction back and forth; it’s easy for the reporters to use and it is great for the consumers because you’re taking advantage of the platforms in a way that people actually are using them.

That’s the expectation when you’re using a chat app, to have that lightweight back and forth and if you can kind of convey inside information or insights from your investigation in that kind of a way, all the better.

7. Newsroom experimentation with Snapchat represents an exciting time for journalism

I think it’s fascinating to watch. It’s great to see news organizations being a lot more proactive about experimenting there as opposed to being fearful and watching everyone else do it and be late. So, actually, it’s really great to see that we’re adopting new platforms like that more quickly. Where it ends up, we’ll have to see.

Mashable to me was awesome because they were one of the first news brands to really take that platform and make it their own in terms of storytelling. It was almost art in the way they were doing ‘key facts’ [from] the stories that they were sharing.

9. The future for ProPublica

We’re interested in virtual reality. We’re interested in some of the stuff WNYC is doing with...experimentation like the sleep project and the Cicada project. Getting hands-on with people in terms of collecting information from their environments and how we can maybe use technology to enlist people’s help in data collection in new ways, whether it’s environmental data or other data. I think all of those are on the table for us. It’s all about finding the right technology for the right story. 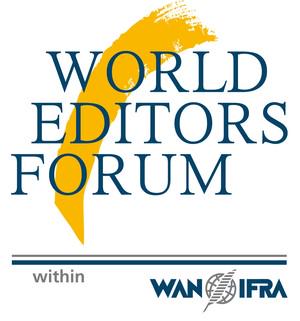 This post originally appeared on WAN-IFRA's blog and is republished on IJNet with permission.

Main image CC-licensed by Flickr via Joe the Goat Farmer.