Five years ago Brandon Stanton created a sensation by the name of “Humans of New York.” Daily he’d photograph New Yorkers on the street and form an accompanying narrative with a quote from them. The premise became so popular it spun off into a best-selling book.

Now photographers in cities all over the globe -- Tehran, Sydney, Bombay, to name a few -- mimic Stanton’s approach to create their own versions in their own backyards. There are so many that, arguably, it’s become its own content genre, slightly different than just a standard profile.

Sites and Facebook pages in the “Humans of” vein, in many ways, are after the same thing: celebrating regular people, letting them reveal a bit about themselves, which then reveals a bit of the city in which they are and the very essence of humanity.

IJNet interviewed two such photographers about how they approach their projects:

Joey Oliver is a network engineer whose job is centered on computer security for the government. But photography is his passion and something he’s done in his spare time for D.C. institutions like the Smithsonian.

Intrigued by Stanton’s approach, Oliver became the force behind the “Humans of” representing the nation’s capital almost two years ago. Initially, the toughest part was figuring out how to get strangers to open up and say something valuable that could be paired with their photographs. Oliver says, after some time and experimentation, here’s what’s evolved into his go-to question: “Tell me about something in your past that, when you reflect on it, it makes you feel better.”

“It’s a tough question,” Oliver says. “The stories that I get are amazing. The insight … from a perfect stranger, from a five-minute relationship is unbelievable.”

He doesn’t just sit down and launch into that query, though. The first consideration is who to approach. For this, Oliver seeks out individuals who have “outward style” -- perhaps intriguing tattoos, clothing or attitude in how they carry themselves. 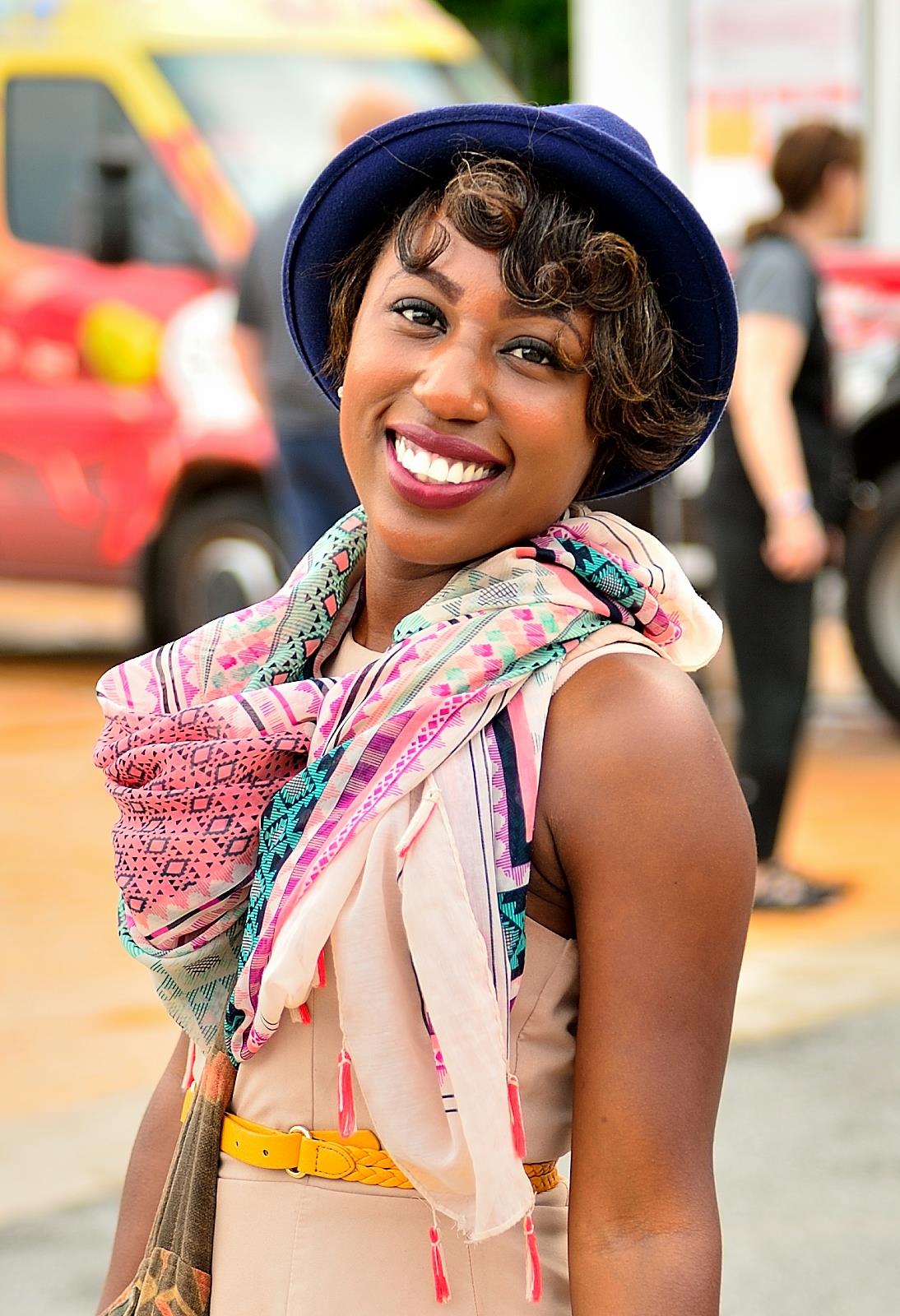 “Because there’s a reason why they have that,” he explains. “They generally seem to have a more colorful story and are more forthcoming with information, a little looser.”

From there, Oliver presents his business card so the person knows he’s serious and a legit photographer. He’ll show the “Humans of Washington DC page” and explain what he’s after and why he approached that particular person. Then, the interview -- or as Oliver calls it, “the relationship” -- proceeds, sometimes lasting a few minutes, usually 10 minutes maximum, so that he’s not bombarding them or taking up too much time.

“It’s a win-win for everybody,” Oliver says. “They get a really great photo and they have a great story to tell.”

Usually the photo and an accompanying quote, which is gleaned from Oliver listening back to a recording of the conversation, is online by that evening. Oliver also lets the subject decide if they want to be tagged in the post.

With more than 1,000 photos under his belt, Oliver tries to give his subjects the opportunity to “be who they are.” Clearly this objective differs a bit from some journalists’ aim to report unbiasedly on an event or person. Yet Oliver sees what he’s doing as a journalistic pursuit.

So far, of all the Washingtonians he’s met as a result of the project, Oliver said there’s one that sticks out in his mind. He encountered a man last summer in a park who he suspected was homeless, who was listening to the radio while reading a magazine.

“I’m talking to this guy. I asked my question and he looks at me and says ‘You know, Joe, I’ve been incarcerated. I’ve been on drugs, homeless. But you know what? For me to be happy in life, I have to be happy with myself,’” Oliver recounts. “Here’s a guy who doesn’t know where his next meal’s coming from. He doesn’t know where he’s going to sleep that night, [and he’s] telling a guy who has everything what it takes to be happy. I’ll never forget that for as long as I live.”

1,000 Days of Talking With Strangers

Austin Rich doesn’t use the “Humans of” name for his Charleston, South Carolina-based photo site. But he explains what he’s doing is a direct result of “Humans of New York" and calls Stanton “a hero of mine."

1,000 Days of Talking With Strangers began as a 365-day effort. Yet Rich keeps extending the amount of time he plans to spend going up to ordinary people he doesn’t know to capture them on film and tell a small portion of their story.

So far he’s 500 days and counting into the project,  subjects spanning from young citizens out at a bar to a pastor discussing how Charleston is coming together in the wake of recent violent crimes.

Rich said he began this project to better know Charleston as a new resident, and to get over his natural inclination toward shyness. Approaching people for “1,000 Days” forces him to come out of his shell.

Unlike Oliver, the result is that sometimes Rich will spend extended amounts of time with someone snapping their picture and hearing what they have to say. Sometimes this will take an hour. Other times a minute. Either way he tries to dig deep and ask an appropriate personal question that will lead to an intriguing quote.

Rich also doesn’t describe a standard way of going up to someone.

“I look for someone who’s alone which makes it easier to talk with them,” he says.

Positivity, too, is part of his aim. Aside from the journalistic element, he also describes taking on a psychologist-type role in supporting the person, giving him or her a safe space and choosing what details make the Facebook page.

Eventually the goal is to create an ebook out of the numerous photos. For now, the goal is simpler: showing who the person really is and sharing it.