The World Health Organization (WHO) estimates that more than 1 billion people around the world live with some kind of disability. According to the WHO, the number of people living with a disability is rising,  due in part to an aging population and an increase in chronic health conditions.

Media organizations have sought to increase their representation of people with disabilities in recent years. A 2021 Nielsen report shows that over the last decade, the volume of content inclusive of disability has increased by over 175%.

By increasing both media representation and accessibility to disabled people, news organizations can expand their audiences and provide a more accurate representation of the world’s diverse population.

Below are some tips to help reporters improve their coverage on this community of people:

Remember that people with disabilities are not a monolith

According to a 2011 WHO report, 253 million people worldwide are affected by some form of blindness and visual impairment, 466 million people have disabling deafness and hearing loss, and 200 million people live with an intellectual disability. Further, 75 million people need a wheelchair on a daily basis. While these figures represent the more common disabilities, there are many more that affect people globally.

“Ask us individually for the accommodation we need,” activist Chella Man stated in an Instagram post on National Disability Independence Day. It's important to speak to members of this community about their needs when trying to make media more accessible and inclusive. Diversifying the scope of media subjects to include people across the spectrum of disabilities can help eliminate existing stereotypes.

Thanks to the introduction of the internet and expansions in technology, journalism has evolved tremendously in the 21st century. Reporting in the digital age offers more spaces for multimedia storytelling than are accessible through print media alone.

In order to increase accessibility for audiences with disabilities, media workers should remember that this is a diverse group of people and consider a multi-pronged strategy to reach as many people as possible.

One example is adding an audio version to a text-based article, which enables people with blindness or visual impairments to engage with your content.

For visual journalists, adding subtitles makes the production more available to people who are deaf or have hearing impairments. Journalists that aim for diverse and accessible content should consult with their audiences and take creative approaches to storytelling that best fit their readers’ needs.

[Read more: How online communities are striving to be more inclusive]

The Ford Foundation’s Road Map for Inclusion highlights some of the dominant media stereotypes of people with disabilities that lead to further social stigmatization.

Other negative media portrayals include the victim. “Disabled characters are often portrayed as one-dimensional victims of their disability,” the Ford Foundation report explains. “Their disability becomes their defining feature and their lives revolve around it, rendering them failures and objects of pity.”

Media workers should study historical media stereotypes of disabled people to help assess whether their reporting contributes to misrepresentation and tokenism.

By creating a more accessible and inclusive media for disabled people, media workers have the potential to shift stereotypes for future generations. By educating ourselves, applying creativity and asking disabled people for the accommodations and portrayals they need most, the content we produce will better reflect the audience we cater to.

Photo by SHVETS production from Pexels. 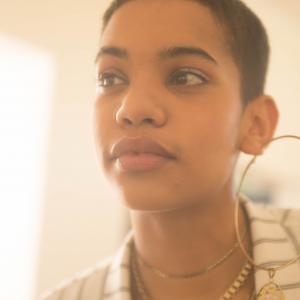