In Africa, only 22% of the people seen, heard or read about in the news are women, according to a 2021 Global Media Monitoring Project report. Women sources are especially less visible in issues like politics and the economy, which often dominate news coverage across the continent.

The lack of women sources doesn’t just fuel inequality; it also creates room for biased reporting. According to the International Labor Organization, 46% of stories published by media enable gender stereotypes.

“The fact remains that both print and digital media continue to portray stereotypical images of women,” reads the report. For instance, after Tobi Amusan set a women’s world 100-meter hurdles record at the World Athletics Championships in July, Nigerian outlet The Nation focused its reporting on her marriage plans instead of spotlighting her achievement or inspiration to other young female athletes.

“To be truly equal, women must be seen and heard,” said Valerie Msoka, former executive director of the Tanzania Women’s Media Association.

[Read more: How AI can help analyze women's representation in the news]

A South Africa-based nonprofit media company called Quote This Woman+ (QW+) has curated a database of women experts in Africa for journalists to reach out to. “[QW+] has enabled me to find female voices for my stories, beyond the often dial quotes,” said South African freelance journalist Shaun Smillie. “The sources recommended have been of high quality and are experts in their fields. Also, they are very easy to get hold of, willing to give a comment and often on deadline.”

The idea for QW+ originated when founder and director Kath Magrobi encountered Women Also Know Stuff, a U.S.-based organization with a searchable online database of women political scientists, which was created so that political journalists could close the gender gap in their news sources.

“I figured something similar could work in South Africa, and so in the build-up to the South African 2019 national and provincial elections, QW+ was born. I made two big changes [from Women Also Know Stuff]: curating a database of experts from all areas, and including members of other marginalized groups in the experts on the database,” said Magrobi.

“The ‘+' in our name represents thought-leaders, experts, activists and opinion-makers of the LGBTQIA+ community, [those] who live with disabilities, from rural areas and who are marginalized in the mainstream media for any other reason.”

The database, which started in 2019 as a spreadsheet with 40 sources, now has over 600 African female experts and other experts from underrepresented groups. The database is currently used by over 1,000 journalists who have cited QW+ experts, including those from international outlets like The New York Times, the BBC, and Al Jazeera.

Journalists who use the database are required to register to become part of the community. Experts in the database, meanwhile, are referred by academic institutions, media organizations and other experts. After receiving their consent, the QW+ team requires potential sources to provide biodata, as well as academic and professional details, all of which will be independently fact-checked before the source is added to the database.

The database is focused on southern Africa and other parts of Anglophone Africa, including Ghana, Nigeria and Kenya. As a result of the COVID-19 pandemic, health experts are currently the most quoted voices in the QW+ database.

[Read more: How the BBC's 50:50 Project is shifting representation in media]

Despite the growing reach of the database, challenges persist with giving women and other marginalized groups an equal voice to men in the media. "Even with access to the QW+’s database, it’s still difficult to convince these experts to go out on a limb and talk to them, unless it is 100% aligned with the expert’s field of study. Yet the experts who are men are prepared to talk on wide-ranging subject matters with supreme confidence,” said Magrobi.

QW+ is creating a free training for experts on the database, titled "Women Own the Spotlight," to tackle this issue. Featuring practical mock interviews and presentation skill acquisition, among other resources, the training aims to educate sources on how to represent themselves in the media.

“We live in a society where for a myriad of reasons — cultural, religious, social, psychological, educational even — women are not habituated to step up to the mic when the opportunity is offered to them,” said Magrobi, adding that QW+ also routinely organizes training on gender-sensitive reporting for journalists.

QW+ has held conversations at professional gatherings including African Investigative Journalism Conference and the Civic Tech Innovation Network, with the aim to educate journalists and student journalists on the need to close the gender gap in the media.

Magrobi admits that the platform’s “glitchy tech is a barrier to entry”; QW+ is currently working on ensuring that the platform is more user-friendly, which will in turn create more publicity for the platform. In June, QW+ received funding from the Google News Initiative Innovation Challenge to update and revamp its database’s technology.

QW+ is part of a larger goal to highlight female voices on the continent and across several outlets., “The usage of female experts as sources in the African media has increased significantly compared to 10 years ago,” said Ijeoma Okereke-Adagba, a program officer at the Centre for Journalism Innovation and Development.

“This is due to the continued conversation about female participation in Africa. With initiatives like QW+, the SourceHer database by African Women in Media, Code4Africa and other civil society organizations that are at the forefront of this conversation, most African women are now seeing the need to add their voices and perspectives to issues in their sectors that affect the society.” 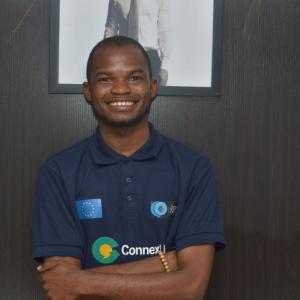