Questions journalists should ask themselves before using 360° video

The development of storytelling tools like virtual reality and 360° video has allowed journalists to immerse their audiences in events and subject matter on an unprecedented level.

As media outlets continue to experiment with 360° video, it is quickly becoming a ubiquitous presence across many news organizations’ websites — The New York Times recently started the Daily 360, The Wall Street Journal introduced virtual reality and 360° video last year and many others have integrated this technology into their stories.

However, as immersive as the experience can be, it is important for journalists to understand that 360° video is a tool best used for specific projects, explained Pakistan-based ICFJ Knight Fellow Shaheryar Popalzai and Express Tribune Labs Editor Shayan Naveed during a recent Dow Jones webinar. While it enhances some stories, it can serve as a distraction in others. Although not excessively cumbersome, shooting 360° videos requires special equipment and takes more time than traditional videos and photos. It is important that journalists don’t invest extra time in using 360° video simply for the sake of showcasing a new technology, however exciting.

During the webinar, Popalzai and Naveed discussed the importance of choosing the right projects for 360° video. The pair singled out two key questions journalists should consider before incorporating this technology into their stories: (1) Is the place being shot somewhere most people don’t typically go themselves? (2) Is the story better told with 360° video or would a conventional video or photo suffice?

“You have to understand that the novelty wears out for the readers really quick,” Popalzai said. “It doesn’t matter if you’re going for a really expensive rig or a really cheap one. It’s your content that matters at the end of the day. So just really be sure of what you’re trying to show your readers before you jump in.”

Is the subject matter a place or event that is generally inaccessible?

Naveed and Popalzai consider a subject’s accessibility to the general public before deciding to use 360° video. They explained that one of the tool’s most captivating features is its ability to transport audiences to otherwise isolated and secluded areas.

“360 is perfect for a place which is kind of out-of-reach for your readers or audience,” Naveed said. Speaking on the decision-making process in choosing to document Machar Colony — Karachi’s largest slum — with 360° video, she noted the area’s isolation from the rest of the city as an important factor.

“Unless you’re a resident of Machar Colony, you probably wouldn’t go there,” she said. “So we decided to take our cameras there and kind of make our readers experience it as a whole. We thought 360 was perfect for it because, as I said, it’s a place where people are unlikely to go and experience, and also because it allowed us to tell a story which goes beyond your regular video and images.” 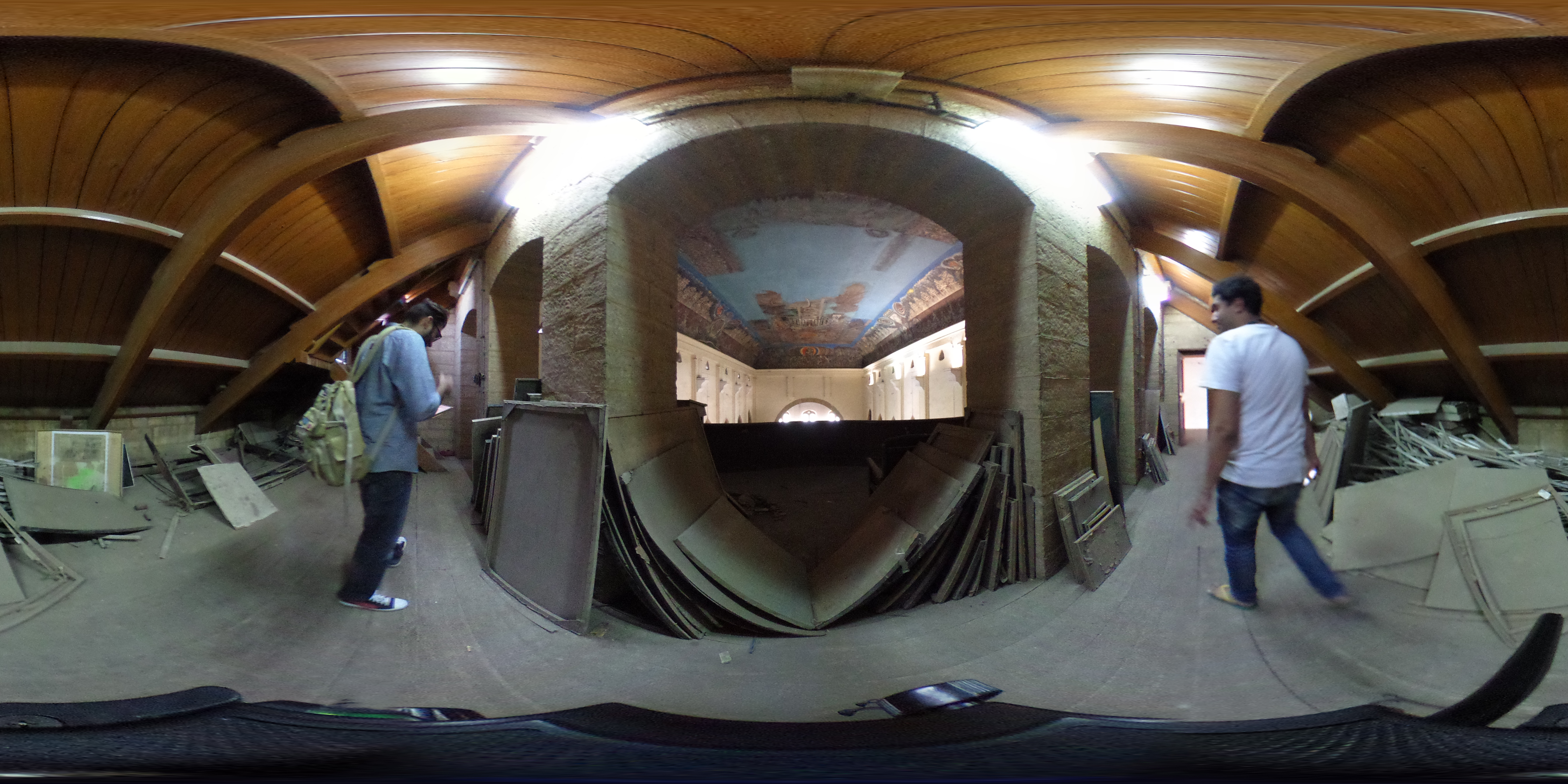 Is the story better told with 360° video or would a conventional video or photo suffice?

Aside from a subject’s accessibility, the pair also commented on the importance of using 360° video only when it tells a story or interacts with the viewer in a way that conventional videos or photos couldn’t. Events with a single focal point are rarely enhanced by 360° video.

“It should also be someplace where the whole picture is essential to the story,” Naveed said. “So for instance, if it’s like any news story or a press conference, if it’s a debate, if it’s a match or concert where there’s just a front view, there’s no point in having a 360 story for that.”

These two considerations have informed all of the 360° projects that Popalzai and the Express Tribune Labs Team have worked on together. They documented Frere Hall — a colonial heritage site in Karachi — with 360° video  to give audiences a complete view of how dilapidated the site’s landmarks had become due to lack of care. Popalzai also worked with Pakistan's Geo TV to document Manghopir shrine, a crocodile sanctuary located outside of Karachi. Like their Machar colony piece, the use of 360° video in these projects allowed audiences to interact with subject matter in a way that would have been impossible with conventional tools.

Watch the full webinar below:

Shaheryar Popalzai is a digital journalist based in Pakistan and a co-founder of Hacks/Hackers Pakistan. Learn more about his work as an ICFJ Knight Fellow here.