Hailing from Karachi, Pakistan, Sharmeen Obaid-Chinoy has boldly confronted the abuses faced by Pakistan’s women and children with her documentaries for the past 16 years. Her work has earned her two Academy Awards, six Emmys and significant legislative changes in her home country.

Following the release of her 2012 documentary “Saving Face,” which focused on acid attacks targeting women, Pakistan's most populous province began to process these cases through anti-terrorism courts, ensuring speedier justice for the victims. Her 2015 film, "A Girl in the River: The Price of Forgiveness," explored the attempted “honor killing” of a young woman who married a man without her family's permission. The film drew attention to a loophole which allowed these murders to go unpunished. Pakistan’s parliament passed a law to criminalize honor killings after the film's release.

But as her global acclaim grew, Obaid-Chinoy faced increasingly hostile backlash in Pakistan, with threats of physical violence and online harassment campaigns both a regular occurrence.

“When ‘Saving Face’ won an Academy Award, people began to discredit me and my work, because suddenly I had become too big and my voice had been amplified too much,” she said. “That's when I first began to realize that there are serious forces in Pakistan that don’t want women to have a voice.”

Obaid-Chinoy has been up to the challenges of her work her entire career, which began when she was a teenager. At 17, she publishing an investigative story that resulted in her family’s home being vandalized. Her family’s support motivated her to keep going.

“[My father] told me something that has always stayed with me, which is ‘If you speak the truth, I will stand with you and so will the world,’” she said. “It made me feel that I could do anything and I could say anything and someone would always have my back.”

Ahead of accepting the 2017 Knight International Journalism Award, Obaid-Chinoy spoke with IJNet about giving a voice to the oppressed and spurring societal change in a challenging media climate:

IJNet: What does a Knight Award win mean to you?

Obaid-Chinoy: Winning this award is a big deal because it’s about my body of work, not just one film. Most people know about my Academy Awards, but I’ve been a journalist since I was 14 years old. It’s amazing to come full circle from being trained by [former ICFJ Knight Fellow] Arnold Zeitlin years ago to winning the Knight Award now. 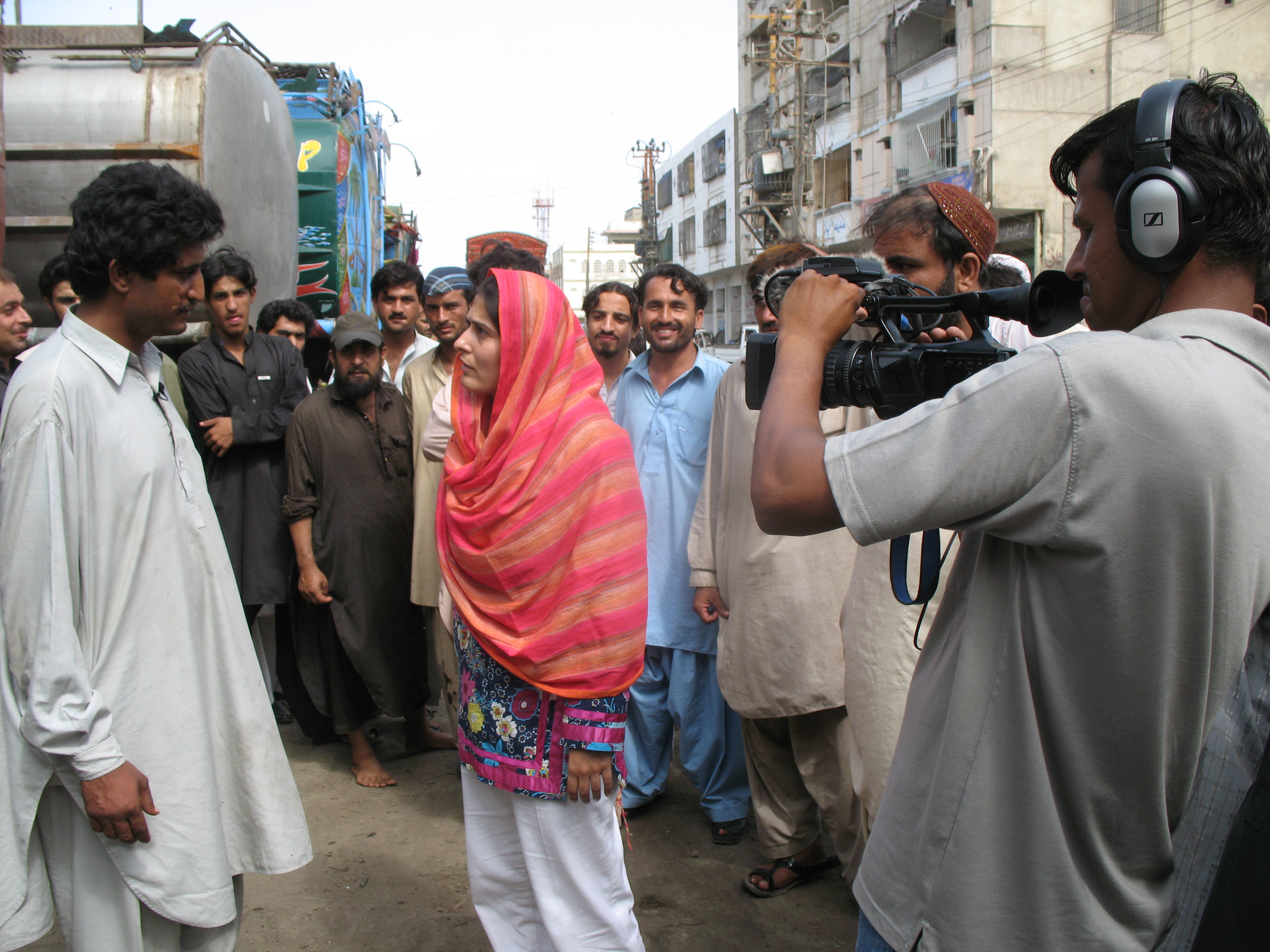 Many of your films tell the stories of people who have survived violence and atrocity. Is it ever challenging to interview them?

It's very hard to interview people who are suffering through unspeakable things and knowing that you can go back to your life, and they will continue to live that way. You have to also find inspiration in the fact that in spite of all that's happened to them, they're continuing their lives and finding the courage to go on. So if they can go on, you should have the courage to document that story.

You're very involved with mentoring young journalists and filmmakers in Pakistan. What advice would you give to journalists who are just starting out?

My number one tip for breaking into journalism or making a mark in journalism is finding that one story where you know you will have the access, where you know it will take you a little bit of time to do the investigation or get to the response, but you stick to it. Sometimes the most obvious story that isn't being told might be the most difficult story to tell. I think today, a lot of people feel like we need to find the biggest story to tell. You need to find the right story for you — and that story can become the biggest story.

What motivates you to keep pursuing your work despite the challenges and threats that you face?

I have the good fortune of working with some incredible people in Pakistan who are risking their lives every single day for a better tomorrow. They are men and women whose names and work are not headline news, who know they're putting themselves in danger, but they continue to do it — and that's why I continue to do my work. I'm inspired by their bravery in the face of adversity; I'm inspired by their vision for the country.

When I was growing up, we always talked about the founder of Pakistan, Muhammad Ali Jinnah, and his vision for Pakistan and what he wanted for women in Pakistan. He envisioned a progressive country where men and women have equal rights. That's the Pakistan that I want to leave behind for my children.