AbreLatam, an unconference first organized in Uruguay last year, brings together open data practitioners to share their thoughts, lessons learned and the experiences they face day-to-day.

This year’s AbreLatam in Mexico City addressed the complexities that a growing practitioner community faces across Latin America. I was lead organizer of AbreLatam this year, as part of my ICFJ Knight Fellowship.

AbreLatam brought together 200 civil society, journalism, government, advocacy and technology specialists who crowdsourced the agenda to discuss the most relevant issues in 60 sessions during the Sept. 30 event. We tackled complex issues, such as how government and civil society counterparts should promote open data policies; the role of journalists, civil society groups and activists; the importance of infomediaries in making complex information relevant to a larger user base.

Practitioners who run projects in data-driven accountability, storytelling, visualization, data teaching, the economy of data and data-driven journalism also shared their knowledge and experience in depth. Groups discussed how different projects throughout the region are managing the use of data in extracting industries, human rights advocacy, education, violence, privacy and financing of political parties, among other threatening issues commonly faced in Latin America. And, the technologists set time to talk about common standards, methodologies and platforms for open data across the region.

Many groups are actively building formal and informal relationships aiming to open public data and to act as infomediaries so that everyday people can become data consumers. Many participants shared what is working for them locally, and groups reflected carefully upon the complexities that arise is the working relationships among government and civil society, technologists and journalists, and infomediaries and common citizens. 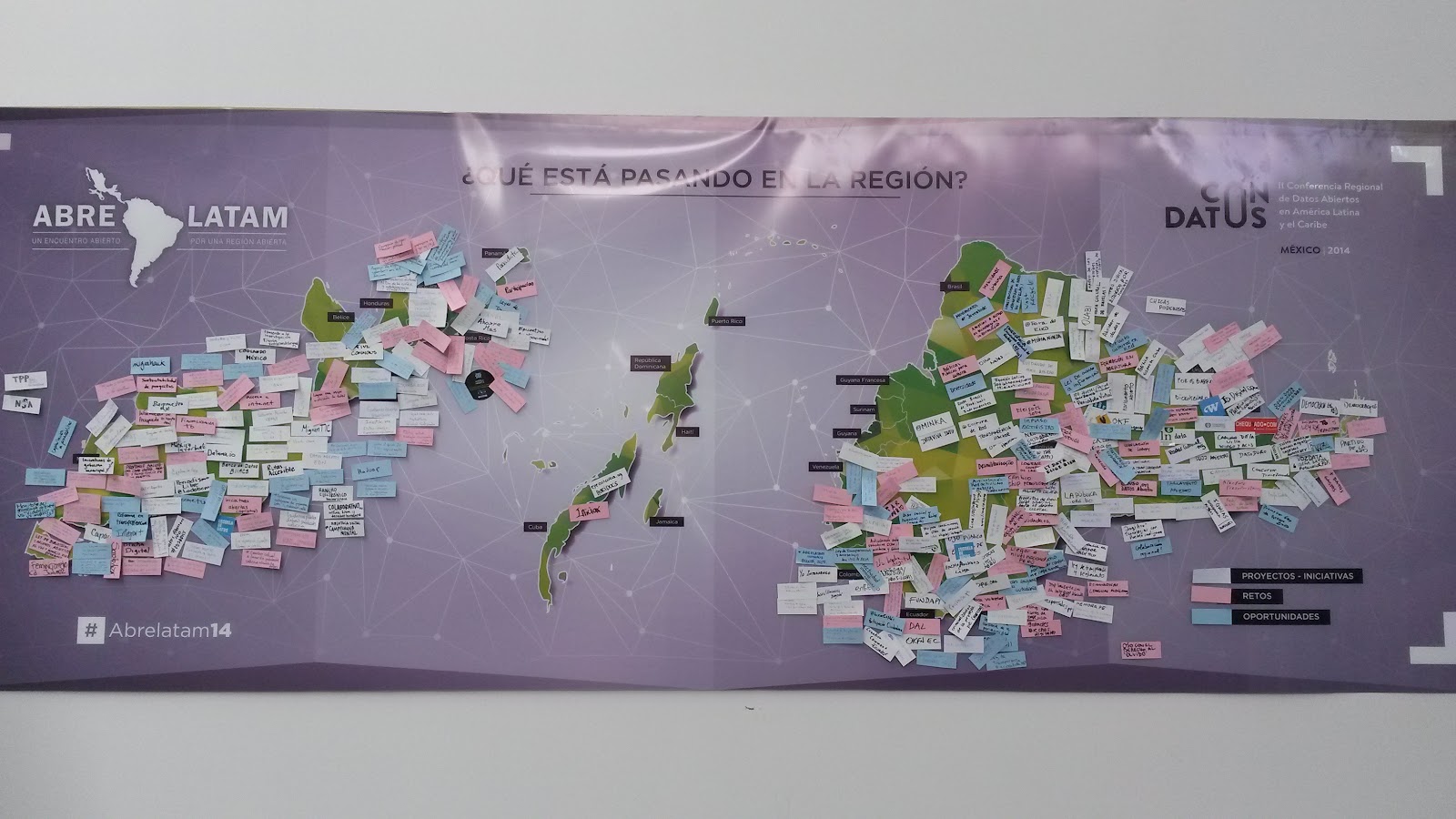 One region, many realities

Latin America as a region has many different realities in terms of transparency, accountability and citizen participation. Individuals who lead agendas in open government, legislative openness and open cities shared policy, technological and citizen engagement lessons and challenges. This strengthened regional bonds, and shed light on the challenges ahead for those who are starting similar efforts in other countries and cities.

In the end, these were the key lessons from the event that I believe should be shared with data-user communities in Latin America:

AbreLatam 2014 is now a milestone for Latin American data users and advocates. There had never been an event in which so many and diverse data practitioners had a common ground to share and learn from each other. As intended, many collaborations and more acute approaches to data openness and use will spin off from here but, most importantly, AbreLatam 2014 made it very clear that Latin Americans are collectively bringing data-driven innovation and change.