When Shade Mary-Ann Olaoye began writing in 2021 about LGBTQ people living in Nigeria, she knew that her work was “different from the mainstream." In a country where 60% of the population will not accept a family member who is LGBTQ, documenting these stories “can be a leading voice for change,” she said. She’s not the only one who thinks that.

“There is so much to tell, there are so many lived experiences to capture, so much joy, so much pain and everything in between that I think is worthwhile telling the story,” said Olaoye.

Her journalism speaks against Nigeria’s Same Sex Marriage Prohibition Act (SSMPA) and how it disservices and dehumanizes members of the LGBTQ community. Signed by former president Goodluck Jonathan in 2014, the law prohibits marriage between persons of the same sex, with a punishment ranging from 10 to 14 years in prison.

Even before the bill, there had been an underlying homophobia and discrimination against LGBTQ people in Nigeria, explained Olaoye. The legislation has only emboldened the crimes against this community, by civilians and law enforcement agents alike.

“When the SSMPA was passed, it kind of criminalized queer persons living in Nigeria in the sense that our lives were threatened, people were kitoed, people were outed to their families just for vengeance. The police can stop you for dressing differently from the stereotype. It has caused a lot of harm — it stifles our expression and growth,” Olaoye said.

Sometimes, Olaoye’s work leads to blurred lines between journalism and activism. “You can’t be a journalist without having to advocate openly or having to speak up in online and offline spaces against homophobia. Aside from journalism, that work you’ve written, there is still that advocacy part," she explained, adding that she believes journalists' silence on the matter opens a channel for homophobia.

For this reason, Olaoye underscored the work of LGBTQ journalists in the African country. “It is what you would always refer back to when you want to bring out statistics and experiences, and document what is going on. It is like an archive,” she said.

Olaoye’s colleagues are similarly pushing for change. For Mariam Sule, a 26-year-old journalist and Zikoko HER’s editor, documenting the daily existence of LGBTQ people living in Nigeria is a personal cause. She said she follows in the words of writer Audre Lorde, to “do the work where you stand in.”

“I write about queer people because I am queer myself, and I want that to be my contribution to promoting gender equality in media. This is looking to balance across all frontiers when it comes to gender and sexual orientation,” she explained.

[Read more: What to avoid when reporting on marginalized people]

As a journalist at the forefront, her work receives its fair share of backlash, both on the internet and offline, and especially from people who hold anti-LGBTQ views. Her constant exposure to homophobia is a personal price she is willing to pay.

“I am becoming desensitized towards it. I don’t feel shook by it anymore, which is not a good thing because it comes for me in other aspects of my life. But that cost, I am willing to bear because I want to see more queer people doing things everywhere,” said Sule.

Having worked as a community organizer, she said that many LGBTQ people are not necessarily aware of how the ban on same-sex marriage affects them. “It means not just violence and discrimination and segregation to queer people, but if they can do that to queer people in Nigeria, that means that they can do it to everyone else. I hope people catch up; it affects not only queer people, but all Nigerians.”

The primary purpose of Sule’s writing is to drive change and connect with those she writes about. At the peak of Nigeria’s #EndSARS protests in 2020, she wrote about how the LGBTQ community is playing an important part in the movement.  Articles on issues like this have helped people to become more receptive towards LGBTQ people, she noted.

“That is just how people continue to learn from the work that I and other journalists covering queer stories are doing,” said Sule. “They may not know our reality but when they read our articles they learn something new.”

Photo by Tim Bieler on Unsplash. 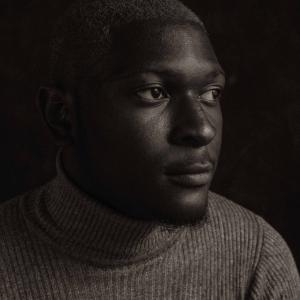 Pelumi Salako is a Nigerian writer and journalist.