Journalist of the month: Sally Hayden

Hailing from Ireland, Sally Hayden has worked as a journalist in five continents, reporting on the Islamic insurgency in rural Nigeria, the migration crisis in France and other challenging stories.

Working primarily for VICE and the Thomson Reuters Foundation, Hayden has contributed to CNN International, The Financial Times, The Sunday Times, the BBC, TIME, RTE and more.

Now based in London, Hayden is a visiting lecturer at the London College of Communication, a trainer at BBC Academy and a mentor on the Refugee Journalism Project. Most recently, she was shortlisted for One World Media’s New Voice Award in March, which recognizes young journalists making substantial contributions to international journalism.

She spoke with IJNet about taking on some of the world’s most challenging beats, communicating with people across cultures and more:

IJNet: What led you to becoming a journalist?

Hayden: I wrote bits and pieces for my student newspaper. I used to work for the music section and interviewed bands and celebrities like Kasabian, Rizzle Kicks and Bill Bailey.

I also interned at The Santa Barbara Independent and the BBC before winning the Simon Cumbers Media Award, which allowed me to travel to Malawi to write about gender equality for The Irish Times. ... They were all formative experiences, but the trip to Malawi was the most intense. While I was there, a major corruption scandal broke. It was training both in bearing witness to major breaking news, and getting rejected by editors who said even though this was the biggest story in a country of 16 million people, it was too niche for them to commission.

Do you ever face a language barrier when you’re reporting abroad? How do you overcome this?

Yes. I think it's important to have a translator you trust, who doesn't have their own agenda and who puts the interviewee at ease. Even if you speak different languages, you can find a way to make an interviewee comfortable with you by making a joke or having tea or coffee together. Sources with limited English often send me photos and emojis on WhatsApp or type things into Google Translate — there are lots of ways to communicate with modern technology.

What has been the most challenging story you’ve reported on so far?

I think there have been two: migration through Calais and the humanitarian crisis in northeast Nigeria. 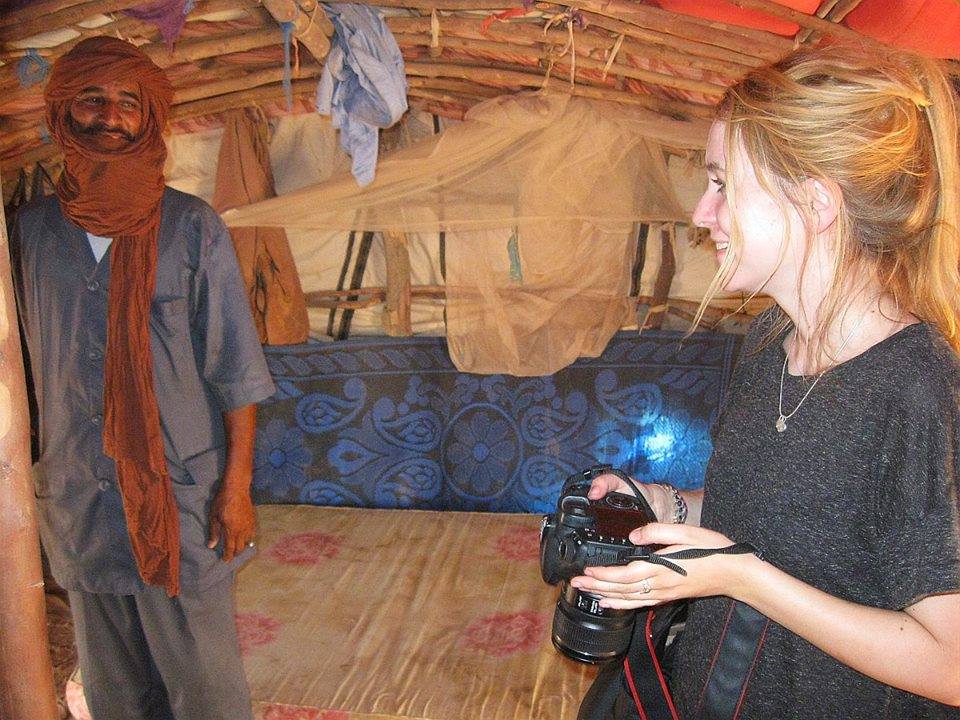 I've been to Calais, France about a dozen times since 2015, reporting on migration through there. During that time, I've attended two memorials for teenagers who have been killed trying to get to the U.K., and have spoken to countless others sleeping rough or trusting their lives to often brutal smugglers who threaten them with guns or try and encourage them into crime. I still get regular calls from refugees in Calais looking for help, and it's very hard to know how to advise them.

The other story I've found challenging is reporting on Nigeria and the devastation wracked by Boko Haram. Though they were the deadliest terrorist group in the world in 2014, they make a lot less headlines than ISIS, for instance. Reporting from Borno and Adamawa State in 2016, I discovered that more than 10,000 children have gone missing since 2009, yet the global focus is only on the missing Chibok girls. More than 2 million people have been displaced, and trying to convey the scale of that to a Western audience is very difficult. The other problem is that your audience doesn't care. It's frustrating when readers accuse the media of ignoring these crises, but then don't read the stories we do produce on them.

You used IJNet to find the IACC Young Journalists Fellowship last year. What did you take away from that experience?

I got a Young Journalists Fellowship to report from the International Anti-Corruption Conference in Panama last December. The experience was incredible. The organizers brought together a hugely diverse and experienced pool of young journalists from across the world. I made many friends and met colleagues with whom I can team up for future stories.

On the back of that, we were given the chance to apply for a grant under Journalists for Transparency, with mentoring from 100Reporters. Six of us are carrying out an investigation into migration across three continents, which is exciting.

Do you have any plans for the future?

Hopefully I'll get to keep reporting… I'm interested in finding new ways to tell stories and would like to improve my filming and editing skills. Other than that, I guess I'll just see what happens.