Journalist of the month: Bukunmi Ayo-Ariyo

Bukunmi Ayo-Ariyo started her career like many aspiring journalists — volunteering for local television stations and doing whatever tasks that were asked of her in the newsroom.

These days, she is a television personality in her own right, often recognized outside her home country of Nigeria for her work as program producer and presenter for TVC News’ On The Street series.

The series, which tells stories of youth in Africa working to make a positive difference, has aired 96 episodes since its start in 2012. It is Nigeria’s most-watched television program, according to Ayo-Ariyo, and won best community access program at the 2016 Nigerian Broadcasters Merit Awards.

“Before that, there was nothing like that on Nigerian television,” she said. “We forget that there are young people doing things to better the continent. I decided to tell the world that we have people who are actually making a difference.”

In October 2015, Ayo-Ariyo headed to London for the Thomson Reuters Foundation’s Advanced Reporting Business News in the Digital Age course, an opportunity she first discovered on IJNet.

“The course change my perspective on news reporting, especially about business,” she explained. “Through mentoring from one of my trainers, Rose Skelton, I was able to produce a story about the Nigerian lottery.”

We chatted with Ayo-Ariyo about finding and telling underreported stories, pursuing new opportunities and more: 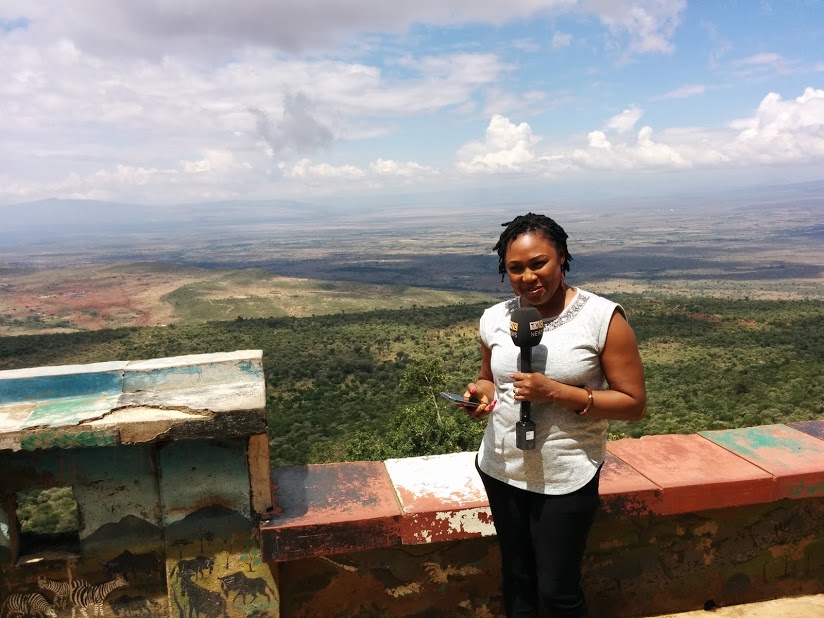 IJNet: How do you find story ideas for On The Street?

Ayo-Ariyo: I look through the news and look for the most burning issues that people are talking about. Most times, I choose my topic in such a way that it can teach something. I believe that as a media person, you can influence people, and most of the things that we see in the world today are because people have the wrong information. I try at the end of the day to make sure I'm passing on something that can teach you something and change the way you think and look at society.

What has been the most challenging story you’ve done so far?

I had a story like that when I did a story about homosexuality in Africa. In Nigeria that's a very sensitive topic, based on our religious background and all that. I wanted to tell it in a different way. I really wanted to tell a story that was balanced, so I went around three countries — South Africa, Nigeria and Kenya, to tell the story. It was so challenging to get a Nigerian who actually believes that people should have the right to choose whatever sexual orientation they want. Finally, I got one, but I had to convince him that I would protect him if anything happened. I had to hide some of my sources’ identities as well.

What advice do you have for aspiring journalists?

My advice is that you should be fearless in whatever you do. As a journalist, the public really looks up to you, so give them news as it is without leaning to one side or the other. Some people look at journalism as a way to get fame, to be popular, to be known. That shouldn't be your goal. It's a gradual process, and it's a journalist's job to serve the public and provide information.