Eldiario.es’s investigative reporting project, “The Enslaved Land,” comes with a subheading that gets straight to the point: “This is how poor countries are used to feed rich countries.”

The project involved nearly two dozen journalists working together to uncover the hidden abuses behind five crops consumed widely in Europe (sugar, cacao, bananas, coffee and African palm), and which are produced thanks to exploitative, slave-like conditions for workers, illegal business practices and sustained environmental damage. The four countries that came under investigation are Guatemala, Honduras, Colombia and the Ivory Coast.

The investigation’s findings included the following: how powerful, sugar baron families in Guatemala have evaded taxes thanks to their use of offshore companies and powerful political connections; how the monoculture of African palm in Honduras is destroying the environment while authorities turn a blind eye to federal laws; how Colombian coffee farmers are at the mercy of speculation; how a dark political network controls the distribution of land for banana farming in Colombia; and how child workers sustain the cacao trade in the Ivory Coast, a country which supplies 40 percent of the world’s cacao.

The Spanish website won some US$23,100 (about EUR19,700) from the European Journalism Centre to fund the project. To assist with the reporting, Eldiario.es established an alliance with Salvadoran independent news site El Faro, which is known as a beacon for independent, high-quality reporting in Latin America. In order to produce the series (a task which took nearly a year), the team reported on the ground; examined international trade databases; filed freedom of information requests in four countries; and ultimately produced an online investigation that includes narrative journalism, visualizations, animations, maps and photography.

What were you specifically responsible for during the investigation?

Raúl Sánchez González: “The Enslaved Land” is one of the Eldiaro.es projects that I’ve been most involved in. I participated in looking for the funding, I was the coordinator of the content, a data and investigative analyst, and I was also involved in the final stage creating graphic elements for publication.

Nevertheless, this was a team effort of more than 20 journalists which we coordinated together to produce the final project. Without people like Belén Picazo, Laura Olías, Ximena Villagrán, Nelson Rauda, Gabriel Labrador, Iván M. García, David Ruiz, María Isabel Magaña and others, this project never would have happened. How do you investigate the relationship between the sugar industry with offshore paradises? And the land grabs by the banana industry? Or the damage that African palm has done to Honduran forests? You do it by working and investigating in a team.

Daniel Valencia: I was an editor and was responsible for the team that handled coverage in Honduras and Guatemala. El Faro assigned four people: two reporters for the field work, a photojournalist, and me, who was the direct contact with Raúl and [data journalist] Ximena Villagrán. And I would run my team based on what we’d agreed on at the editorial level and whatever we’d discussed concerning details of the investigation. Later on, in order to avoid having two channels of communication, we decided that everyone should be involved in the discussions. 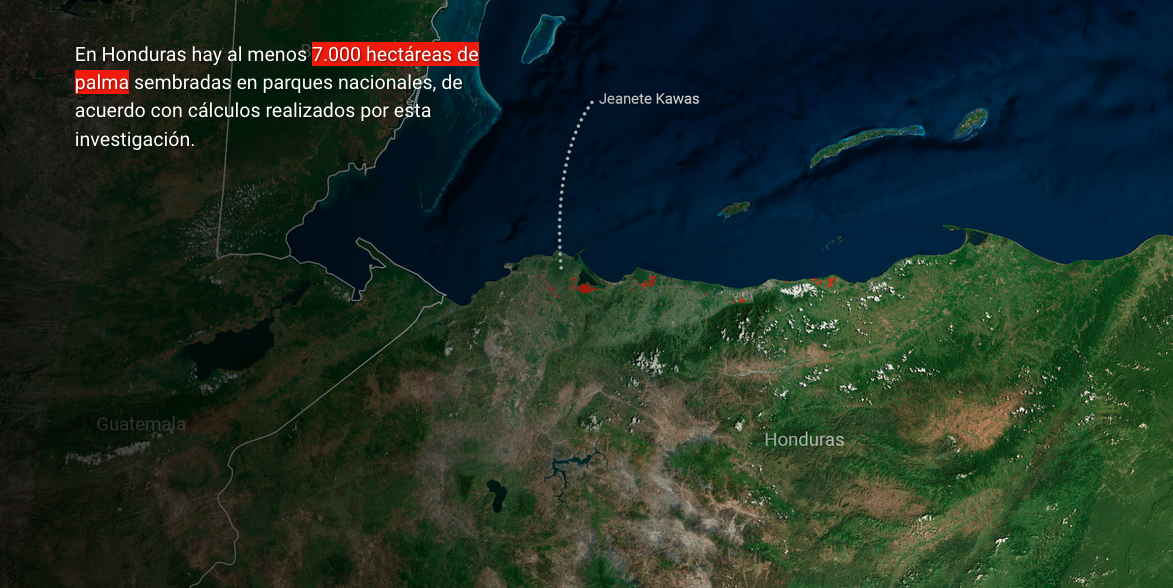 How did you decide what digital elements would be incorporated into the stories?

R.S.G.: Our main idea when it came to creating “Enslaved Land” was to do something different. And that’s why we used a format that combines scrolling with changing the background images, along with including other visual elements. As they’re really long texts, from the beginning we wanted to make sure that scrolling wasn’t the only interactive element. From there on, we structured the stories so that the graphic elements would help you understand and would complement the text. That was our main criteria.

For example, in Honduras’ case, we needed a simple way to explain where the African palm plantations are based and why that’s an environmental problem. So we superimposed maps to show that there’s 7,000 hectares of these crops in national parks and protected areas.

We always tried to make sure that the photos, infographics, and maps were connected to the text. For example, in the Guatemala report, we talk about how the domestic sugar market is controlled, so we inserted a graphic demonstrating how there’s really one company controlling the country’s sugar. With the cacao story, when we were talking about children and farmers working in poverty, we would accompany this with images of what we saw on the ground.

What were some of the challenges working on multiple continents? 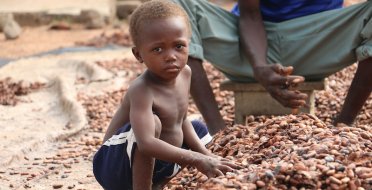 D.V.: Distance always creates certain conditions, but everything worked out fine. The most serious problems were technical ones: a bad Internet connection, for example. Besides that, our debates were very rich. We believe that you go out and do journalism after debating a lot about what kind of journalism you want to do, and combining Eldiario.es’s work with the information that we were collecting was enriching for everyone. When a project is very well defined from the beginning, and both parties accept what exactly you’ll be covering and how, then everything else is just conversations that any other regular newsroom would have.

R.S.G.: I think the biggest challenge was putting together two cultures and two different ways to working. But that created some great opportunities as well. Thanks to El Faro, we could tell fantastic stories thanks to their on-the-ground knowledge and the sources that we were dealing with. And we could give El Faro the data analysis and the graphic elements for better stories.

Does the future of investigative journalism lie in collaboration?

D.V.: I think independent journalism is betting on collaboration. It’s not the first time we’ve worked like this, and the results have always been successful in terms of impact, reaching an audience, and producing an in-depth investigation.

Collaboration is a road worth exploring. As a journalist, you’d have to be asleep to not go down this path. In this world, finding connections in different countries where similar things are happening and generating projects that denounce these abuses is very positive and a great challenge for journalists. The “bad guys” aren’t just in one country, they’ve gone global.