As news stories break, journalists find themselves wanting to speak to members of the public. They could have witnessed an incident or may have been affected by an event. Their views count and they enhance our reports with a human angle.

There are many ways to locate ordinary people in extraordinary circumstances, but we don’t always know how our approaches will be received, or indeed if our messages to them will be read at all.

This is where Twitter comes into its own. If someone is tweeting from a situation, they obviously don’t mind sharing their views with the world and if they are currently active online you stand a good chance of getting a speedy response from them.

So how do you find someone genuinely tweeting from the scene of an incident or event? Of course a simple keyword search in Twitter will help if they have made reference to the situation you’re investigating. But you will probably find yourself drowning in tweets from people who are commenting on the story but aren’t necessarily at the scene.

You might find it useful to filter out ‘background noise’ and focus on tweets that were posted around the time an incident occurred. Twitter’s own advanced search can be useful for many things but it won’t allow you to specify a timeframe. Instead, you can specify a date range in the search box using the since:YYYY-MM-DD and until:YYYY-MM-DD search operators. 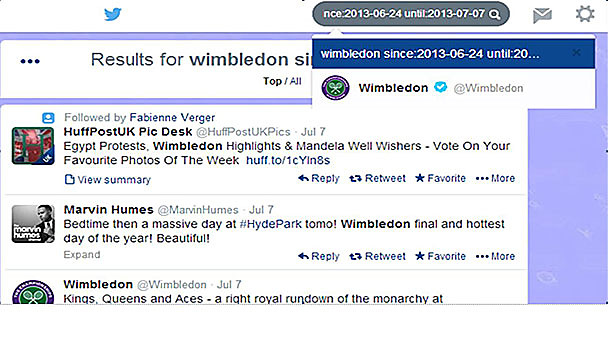 Of course people may make reference to their current location in their tweets but with the 140-character limit you can’t always rely on this.

Twitter’s advanced search allows you to specify a broad location, and you might want to suggest a particular area by specifying the language a message was tweeted in.

Hoaxes are not unheard of, so you must take special care to check that someone is truly where they say they are. I sent the tweet (below) from Ealing in West London, but I manually tagged it with ‘Norway’. 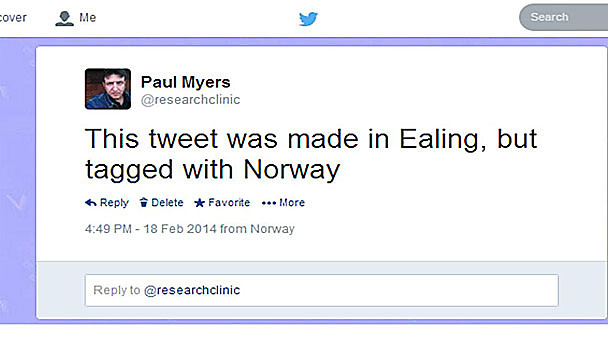 Arguably a more reliable indication of a person’s location can be taken by using the data provided from the Twitter app on a user’s mobile device. If they have enabled location services, precise co-ordinates are included with each tweet.

When you want to search for tweets made in a certain location, you’ll need the co-ordinates. Happily, there are a few sites that let you find them. MyGeoPosition.com, for instance, traces the longitude and latitude of an address and allows you to copy the co-ordinates in a format that is friendly to the Twitter search box. 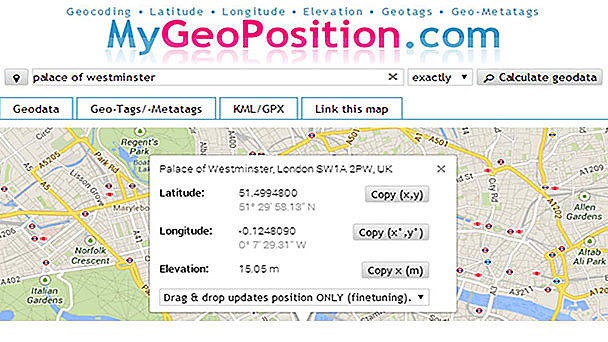 The Palace of Westminster in London is found at latitude 51.499167, longitude -0.124722. These numbers need to be entered into the Twitter search box in the format: keyword (optional) geocode:latitude,longitude,radius

So a search for tweets mentioning Big Ben made, within a 0.2km radius of the Houses of Parliament, would be: 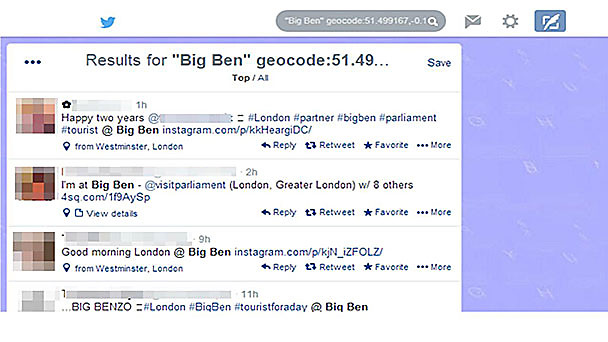 This post originally appeared on the blog of the College of Journalism at the BBC Academy and was cross-posted on the Global Investigative Journalism Network (GIJN) site and here with permission.

GIJN is an association of 90 nonprofit organizations in 40 countries dedicated to investigative reporting. Every two years, GIJN co-sponsors the Global Investigative Journalism Conference. You can follow GIJN on its Global Listserv, through its Global Network News newsletter, and on Twitter and Facebook.