How Minority Africa is using innovative storytelling for inclusion

Launching a media outlet mere months before COVID-19 swept the entire globe takes the phrase “baptism by fire” to a whole new level. But for Caleb Okereke the pandemic just might have provided the necessary pause to figure out how to run it, find a suitable organizational structure and balance academic life - all at the same time.

Created in November 2019, Minority Africa uses data, immersive and mobile journalism to provide solutions reporting on African diverse communities. Among their key objectives, they aim to offer context for their readers about the impact of policies on traditionally underrepresented groups of people.

Okereke studied sciences in school and had vague plans to become a medical doctor. In 2018, he changed course, deciding to pursue a career in journalism. He left Nigeria to study in Kampala, Uganda, and later began to report as a freelancer. Writing for some of the biggest media organizations in the world fed a growing interest to report on underprivileged communities, as he realized many stories were not being told with the context they deserved.

“At the root of freelancing and pitching, the problem is you’re sort of defending why your stories have to be told and I wanted to change that. I didn’t want to have to defend my stories,” he said. “There’s so much misrepresentation of minorities in mainstream media. When people have been misrepresented for so long, it might start to look like they have no agency of their own, or like they just passively experience problems.”

Okereke founded Minority Africa with an eye toward creating a regional platform to remedy this. With a grant from the Solutions Journalism Network to get the ball rolling, this diverse team itself has made significant strides to “unbreak the news” surrounding African communities, countering their mis- and underrepresentation along the way.

“We realized that so much of the news around minorities is broken. ‘Gay man burnt to death in Kakuma refugee Camp’ was an actual headline,” said Okereke. “We did a piece on the same incident, but we spoke from a much larger context, and that’s basically what ‘unbreaking news’ means: providing context to what would have just been a singular statement. It’s telling a more wholesome story in a way that allows people to see minorities in the fullness and agency I think they deserve.”

Minority Africa has reported on a beauty pageant in Uganda raising awareness about skin cancer among people with albinism, spoken with participants of Africa’s first-ever Pride march 31 years ago, reported on the racist politicization of Black hair in African schools, and written about a genre-breaking movie about Nigeria’s LGBTQ community.

The most important question Minority Africa’s coverage strives to answer throughout their reporting is “why,” said Okereke: “When you feel like there are no more ‘whys’ to ask. then you know you’ve done right.”

Okereke’s vision of success for Minority Africa is not focused on the number of clicks or social media followers, but on audience retention. It’s a philosophy that separates this newsroom from many other news outlets that rely heavily on numbers and advertising. “I don’t think followership is an accurate measure of impact,” he explained. “We want our audience to remember us and we don’t need to have a big following, and I think we have that already.”

Minority Africa is currently working on an e-learning platform to host short courses on the issues that underrepresented communities face. The outlet wants to reach other journalists, members of those communities and allies, but Okereke admits that funding is an issue.

They hope their Minority Africa Learn initiative can serve as a more immediate revenue model as they work to partner with universities and corporate organizations to teach courses around diverse communities and how people can become better allies.

“Our biggest challenge is money. As co-founder and managing editor, I have a lot of insight into our processes and, really, we just need money. Plus, we know the work we do and how sensitive it is, so we’ve had to learn how to navigate that space and find out how to do the work and still keep everybody safe.” said Okereke. “When you’re a young media house, everybody expects you to know what you’re doing because it looks like you know what you’re doing. It turns out we really didn’t know what we were doing so we had to find out what worked.”

Okereke said that trust is also one of the biggest issues the media industry faces to remain viable. “As minorities reporting on minorities, it does not exonerate us of the possibility to cause harm,” he said. “We don’t count ourselves as perfect, but we want our audience to trust us and the foundation of this trust is to know that we will always try to do better.”

Ultimately, Okereke hopes to normalize stories about under-served communities in Africa so that people recognize the need to include them in policy-making, data collection and demographic surveys. “I want us to be the home of minority stories and, in particular, for African minorities to find a community with us,” he said. “I think the primary reason we exist is for minorities to feel loved and to be seen, and secondarily we exist for allies who want to learn how to do better by, and for, minorities. We want to create a space where we can listen and then change existing stereotypes without debating people’s human rights.” 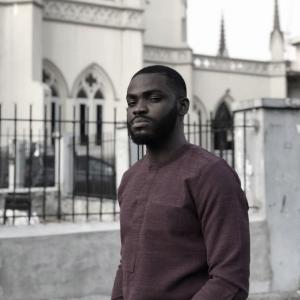 Great Opara is a writer, filmmaker and freelance journalist based in Lagos, Nigeria. His work focuses on the intersection of culture, media, tech and entertainment.