On the front lines: Documentary goes inside the life of an international freelancer

For three years, Santiago Bertolino, a documentary filmmaker, followed the steps of Canadian freelance journalist Jesse Rosenfeld. He filmed him as he was hopping in planes from Toronto to Istanbul, Irbil, Iraq and Cairo and as he was covering the tumultuous and crucial stories unfolding in the Middle East.

He also filmed him waiting, struggling to find work, budgeting and sometimes worrying.

“[Being a freelance journalist] is great job because you have the freedom to chose your stories but at the same time, you are constantly living in some form of insecurity,” says Bertolino.

At one point in the documentary, Rosenfeld bills a bulletproof jacket to his editor for his upcoming stories in Iraq, where he plans to go follow Peshmerga fighters. However, the editor finds the bill too expensive.

“In the end, he bought [the jacket] but he had to borrow money — whereas if he’d worked for a publication, he would have had the equipment,” says Bertolino. “It’s about taking your own risks.”

In his documentary "Freelancer on the front lines," produced by the National Film Board of Canada, Bertolino wanted to show audiences the life of an international freelance journalist. The film highlights the freedom, adventure and exhilarating adrenaline, but also the continuous stress over money, safety and lack of opportunities.

Bertolino met Rosenfeld in 2011 on a Canadian boat with militants trying to break the Israeli blockade around Gaza. 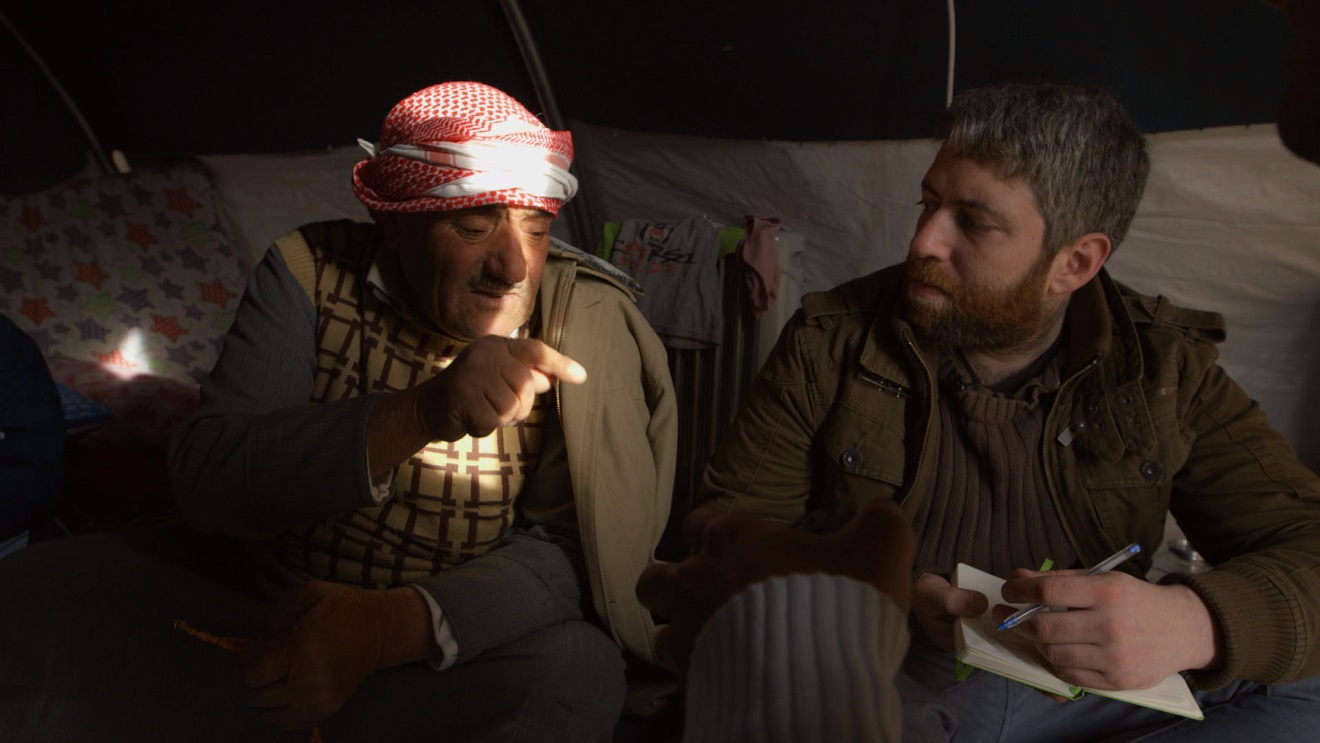 “[Rosenfeld] had been based in Ramallah for seven years so he was part of the few journalists who could cover the reality of Palestine as he was living with them,” explains Bertolino.

The documentary filmmaker knew several journalist friends who had tried going abroad to freelance, but had never been able to live off of their work. But Rosenfeld did. And Bertolino who had always been interested in the bigger subject of media decided to follow Rosenfeld as a way to tell the story of international freelance journalist.

He’d planned to film him for a year, but there were long periods of time where Rosenfeld wouldn’t have much work so he stayed around for three years observing the excitement and the struggles of the freelance life.

When Gaza erupted into violence in 2014, as Rosenfeld is seen preparing to go in, his friend, a Canadian-Israeli journalist, warns him. What is his plans? What are his resources? Because after all, CNN and Fox News will already be there a step ahead.

Rosenfeld is forced to wait because he expects his expenses in Gaza to be so significant that he needs to have a publication backing him before going.

On top of that, the competition with other freelance journalists can be tough.

“There’s always some sort of obsession to observe other journalists’ articles and to see how you can pitch an article that will make you stand out,” says Bertolino.

To stay on the radar of other journalists in the same region and editors on the other side of the world while interacting with the audience, Rosenfeld carries his cellphone wherever he goes to phone, tweet, post photos and provide updates in a 24/7 news cycle.

Watch the film's trailer below:

Freelancer on the Front Lines Trailer from NFB/marketing on Vimeo.