I knew the first Chicas Poderosas Florida International University (FIU) was going to be a success the moment a female student felt comfortable enough to share a personal story and cry in front of about 60 others.

Girls are often taught their emotions are a sign of weakness. At the same time, society discourages women to become leaders by calling them pushy or bossy very early on. Women don’t always realize how much pressure society imposes on them until those behaviors are already ingrained.

We knew we wanted to talk about how these pressures affect women in the workplace — we just didn’t expect them to open up so comfortably and so fast.

As recent FIU graduates, we compiled the agenda for the three-day mediathon thinking of things we would have liked to talk about when we were in school, such as salary negotiation, work-life balance, being the only woman in a department and being a minority in the newsroom. We also featured sessions on technology and innovation, including virtual reality, audio storytelling, building an online portfolio and social media. On the third day, we sent students onto the streets of Miami to work on stories about gentrification.

Throughout these three days, the more than 150 women who attended the mediathon destroyed myths and misconceptions about women in the workplace (and out of it). It was something beautiful to watch.

Here are some examples:

We often hear that women and girls are not real friends, and don’t like working with each other. We are often told women are fake, while men are genuine and honest. Any girl who grew up having a best friend knows those are not true statements, but the Chicas Poderosas FIU mediathon proved that right at its start.

In our first panel, we had huge media names who took time off of their schedule and gave advice to young women just because they wanted to do it. 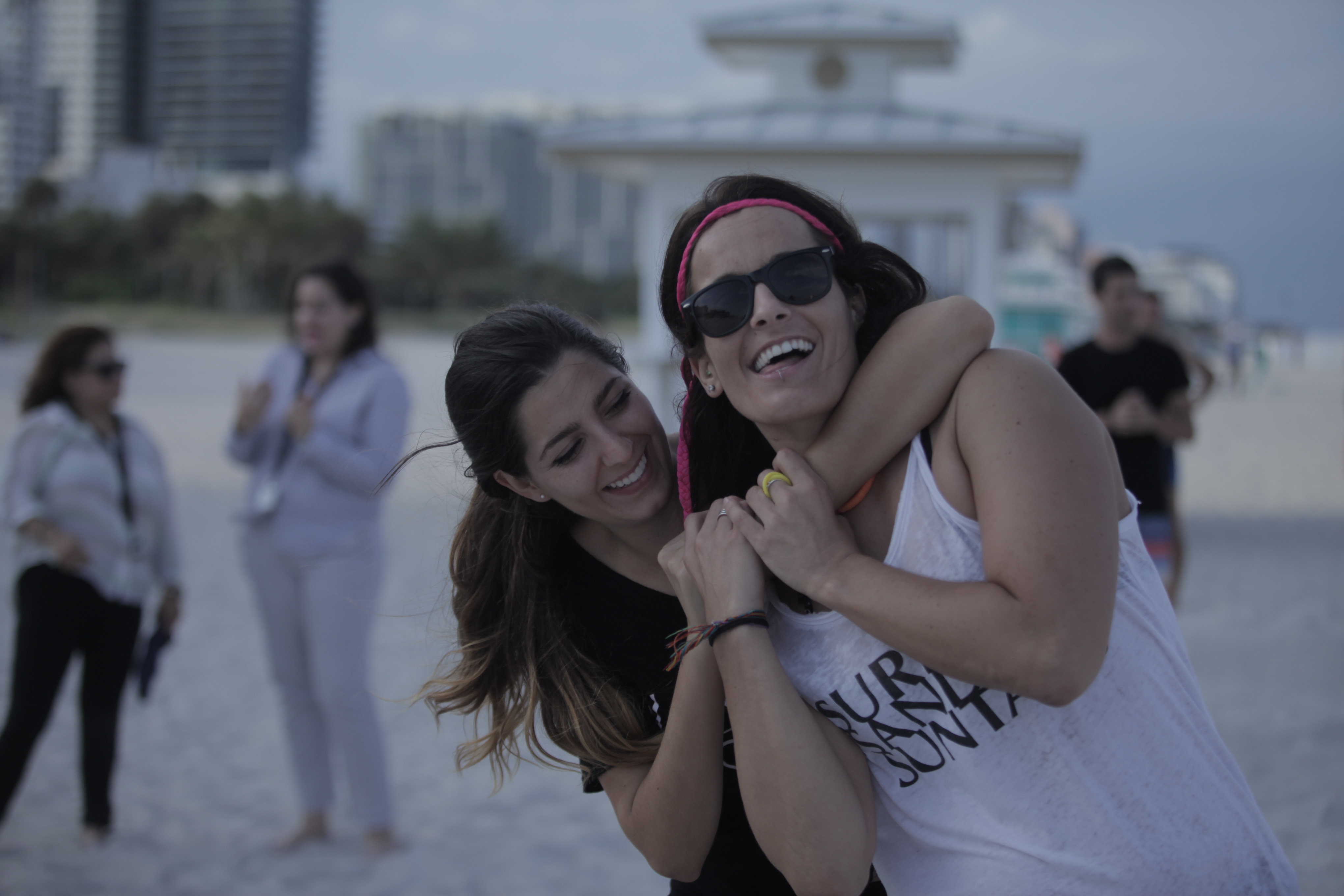 Some of their best advice on salary negotiation and work-life balance:

It’s harder to work with a female boss

When I was starting my job at the Sun Sentinel, a friend asked me how I felt about having a female boss. She said she never liked working with women. I was surprised by the question, and said I was looking forward to having female mentors.

Unfortunately, this perception that women are less capable of leading than men is still out there. Women in leadership are frequently called bossy and pushy, not to mention other words, while men with the same qualities are seen as strong.

Students were full of questions about social media storytelling, design, radio and virtual reality. On the third day, they went out with audio recorders, video and photo cameras to put together stories in just a couple of hours.

Women have to give up their careers to have children

In the hiring process, some women still get asked if pregnancy would get in the way of their job. Men don’t encounter this.

At Chicas, we had many examples of successful women who are also full-time mothers. CBS4 producer Caridad Hernandez, WLRN reporters Nadege Green and Sammy Mack, Sun Sentinel photographers Taimy Alvarez and Susan Stocker and the four speakers on the salary panel all have children and brilliant careers.

Men don’t want women to succeed in the workplace

If we want to make changes, we need men to be a part of this conversation. Mitch Gelman, senior fellow in media and technology at the Newseum, came all the way from Washington, D.C. to share his knowledge on virtual reality. Fusion designers Kent Hernandez and Miguel Costa, podcaster Danny Peña, Fusion video producer Olman Hernandez and FIU professor Moses Shumow also participated.

Barbara Corbellini Duarte is a multimedia reporter at the South Florida Sun Sentinel. Chicas Poderosas, an organization that works to bring more women into the technology world across Latin America, was founded by Mariana Santos during her ICFJ Knight Fellowship.