"Both sides journalism" in Brazil gives credibility to harmful narratives

The proliferation of “both sides journalism” — the idea that there are two sides to every issue that deserve equal attention and air time — has helped prop up racist, anti-science and anti-democratic attitudes in Brazil.

The approach has been especially alive and well when it comes to coverage of the Black Lives Matter protests that sprung up around the world over the summer. It has become common practice at the country’s two prominent cable news channels, CNN Brasil and Globonews, in particular.

CNN Brasil resurrected a U.S. program called Crossfire, which had been criticized for pitting two sides of controversial issues to debate each other. The Brazilian program books experts to face off with debaters whose only credentials are that they support the far right administration of President Jair Bolsonaro. In past episodes, Crossfire has debated the validity of the World Health Organization's social isolation rules, and the return of football matches during the pandemic.

In June, CNN Brasil interviewed Eduardo Fauzi, a Brazilian integralist — a form of fascism — about the anti-fascist and Black Lives Matter protests. Fauzi fled to Russia after being accused of terrorism for throwing a Molotov cocktail at the headquarters of comedy group Porta dos Fundos.

“What CNN does in Brazil is absurd,” said Cecília Oliveira, a journalist at The Intercept Brasil. “Not only does it put people without the slightest professional training to debate, but it has even hired as a debater a member of the Nas Ruas movement, [Tomé Abduch], who has organized anti-democratic demonstrations calling for the closure of the Supreme Court. This is not to accept divergent views — it is to be anti-democratic.”

CNN Brasil also has journalist William Waack on air, who was fired as lead news presenter at Globo Television Network for making racist comments. An interviewee even questioned Waack about his continued presence in CNN Brasil’s coverage of the protests.

Fabiana Moraes, a journalist and professor of communication at the Federal University of Pernambuco, shares these concerns about CNN Brasil’s coverage. "This idea of journalistic objectivity is used to defend things like putting a flat-earther or a supporter of authoritarianism to debate as if they were the 'other side' — as if they were equivalent perspectives that can have validity, and that are democratic and can establish a conversation," she said.

CNN Brasil has covered both anti-fascist protests against Bolsonaro and protests in support of the president without sufficiently highlighting the anti-democratic nature of the latter. For example, pro-Bolsonaro protesters have called for the closure of the Congress and even a military coup. In covering both the same way, the outlet signals that struggles for democracy and human rights carry equal weight with efforts to promote fascism.

“The disclosure of the opinion cannot be done uncritically, otherwise it takes on the role of hate marketing,” said Leonardo Sakamoto, journalism professor at the Pontifical Catholic University of São Paulo. “Those who merely reproduce hate speech from interviewees without due consideration are not being ‘technical’ or ‘neutral,’ but becoming instruments of ideological propagation of these groups.”

The practice of “both sides journalism" isn’t limited to CNN Brasil's coverage. Globonews’ reporting, for instance, has attempted to distinguish between different elements of the Bolsonaro administration, such as economic policies pushed by the Economy Minister Paulo Guedes. However, as the economy represents a critical aspect of any administration, this has helped legitimize the undemocratic administration as a whole. It’s important to add the needed context for readers and viewers when conducting such reporting to avoid this.

The network, as well as print newspapers such as Folha de São Paulo and O Globo, have also given air time to former aides of Bolsonaro, such as former judge and Minister of Justice Sérgio Moro, portraying them as centrists. Critics have speculated this is an effort to help boost Moro’s image for a possible run for president in the future.

Offering equal coverage to both sides of an issue creates false equivalency — that both sides are equally valid, said Leandro Demori, journalist and executive director of The Intercept Brasil. Although experts agree that Bolsonaro’s government is fascist — or worse — allowing administration members air time to preach their views is to dive headfirst into the the harmful “both sides journalism" approach. As Eric Alterman noted in an article for The Nation: when one side is fascism, you don’t have to publish or give them publicity.

“Not everything can be spoken with impunity,” he said. “Journalism is a mediator of society and [with] this nonsense [idea] of neutrality, we put people on the air defending crimes [like the] closure of Congress, and of the Supreme Court,” explained Demori.

The “both sides” approach has effectively perpetuated Brazilian news media’s history with racism. Following the abolition of slavery in Brazil in the late 1800s, it was not uncommon to come across outwardly racist debates in the country’s top newspapers. “The Brazilian press began to establish itself in the second half of the 19th century, expanding through the work of former slave owners,” said Moraes.

Today’s approach is more elusive, yet still harmful. In a mostly Black and mixed race country, the legacy of former slave owners is a serious problem. On top of reporting that often fails to cover issues that affect communities of color, this makes their agendas and needs invisible while also guaranteeing ample space for racism to manifest itself. Not to mention science deniers and those who clearly oppose democracy, as well.

“A Província de São Paulo — today Estado de São Paulo — for example, was a newspaper that had this strongly racist discourse based even on scientific racism,” said Moraes. “I think that much of this racism that founded the press back then is sustained today in a way [that’s] more delicate, but which remains present.” 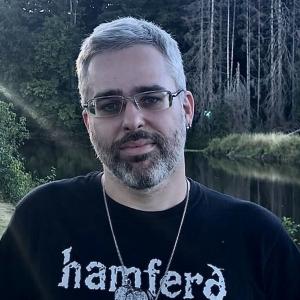 Raphael Tsavkko Garcia is a Brazilian journalist, who has been published by Al Jazeera, Foreign Policy, The Washington Post, MIT Tech Review, among other news outlets. He also has a PhD in Human Rights from the University of Deusto.