Natasha Tynes is the founder of Suburban Media Group. She is a veteran communications professional with over twenty years of digital communications experience. Tynes has led digital strategies at the World Bank Group and managed global media training programs at the International Center for Journalists. She is a regular contributor to many publications inside and outside the United States. Her work has appeared in the Washington Post, Elle Magazine, Nature Magazine, The Huffington Post, Esquire magazine, Aljazeera, and others. She has appeared on several national and international TV programs, including Larry King Live, PBS, Paula Zahn show, CBS’s Morning show, Scarborough Country, ABC News Live, BBC’s Up All night, among others. 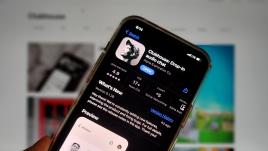 What's Clubhouse, and how can you use it to report? 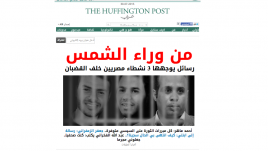 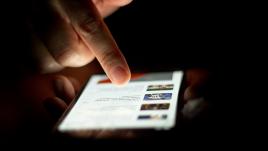 How to record conversations with the new StoryCorps app

With advent of Twitter’s Periscope, social live-streaming is a trend worth watching

Why email newsletters are back in vogue

Tips and tools for journalists to deal with online harassment

Did US media fairly cover the Chapel Hill shooting of Muslim students?

Tips and tools for journalists to brand themselves

Online resources to help your audience understand the Israeli-Palestinian conflict

Professional photojournalism in the age of crowdsourced images

Tips for pitching and covering stories about religion

Reporters: Use the Muck Rack bookmarklet to see who shared your news story

How journalists can use Storyful MultiSearch

Advice from former BBC journalist on how to be "Camera Ready"

How to use YouTube's new face-blurring tool

Octavia Nasr: Social media were a "megaphone" for the Arab Spring

A journalist and new mom on the potential of Instagram

Eight tips on using the iPhone for reporting

Six tips for journalists on using Facebook for reporting