Ukraine’s StopFake acts as first line of defense against propaganda

The headline was a stunner.

The incident supposedly occurred at an American-run laboratory near the city of Kharkiv, close to the Russian border. Facebook and Twitter lit up with the news of acute respiratory infections among the country’s military. Pravda.ru and other Russian media jumped on board.

There was a hitch: The story was false.

An investigation by fact-checkers from StopFake.org found no reports, photos or evidence that Ukrainian soldiers had contracted a virus as reported by Russian news media. The Ukrainian Defense Ministry knew nothing of a mass illness.

The fledgling Donbass International News Agency, operating in a region controlled by separatists loyal to Moscow, was the story’s main source.

StopFake, dubbed the “Snopes of Ukraine,” has become the first line of defense against the fog of war in the besieged country.

“The invasion, occupation and dismemberment of Ukraine in 2014 was preceded by a highly effective propaganda blitz that fomented confusion in Russian-speaking areas and blinded both Ukrainians and Westerners to what was really going on,” a May 6 Washington Post opinion piece wrote. “In response, Ukrainian organizations such as StopFake began to expose and ridicule Russian propaganda.”

Since its inception in March 2014, StopFake has debunked nearly 500 stories — the majority from Russian media and around 20 percent from Ukrainian news outlets. The results are posted on the website in English, Russian, Dutch, Spanish, French, Italian, Romanian and Bulgarian. 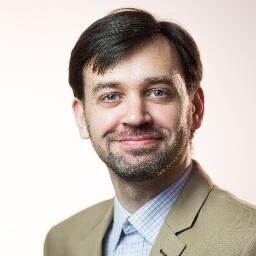 “We have hundreds of thousands of followers on social media,” said StopFake co-founder Yevhen Fedchenko. “It was important that our project was supported by [outsiders] who volunteered to help with translation, technical issues and sending links to fakes in their local media.”

He called StopFake “the leading hub of information on Russian propaganda in Ukraine.”

The crowdsourcing project was the brainchild of faculty, students and alumni of Kiev’s Mohyla University School of Journalism. The motivation: Russia’s 2014 occupation of Crimea and a campaign to portray Ukraine as a fascist state where anti-Semitism, racism, homophobia and xenophobia thrived.

Fedchenko stressed that StopFake is focused on journalistic standards of information and has no political ties.

“We do not take sides and do not produce Ukrainian propaganda in response to Russian propaganda,” he said. “Depending on the news cycle, we have 20 to 40 percent of our audience coming from Russia.”

Last year, StopFake received financial support from the National Endowment for Democracy, the Ministry of Foreign Affairs of the Czech Republic and the International Renaissance Foundation, among others. The project mainly depends on viewer contributions.

Here is a sampling of information StopFake debunked from Russian officials and state-run media:

The StopFake website provides a tutorial that can work for fact checkers anywhere in the world, in addition to guides for verifying photos, YouTube videos and more.

How to identify the owner of a website: According to StopFake, the Kharkov News agency falsely reported that Ukrainian President Petro Poroshenko was drunk and had been removed from a Kiev-Moscow flight.

StopFake’s founders are now working to expand their reach.

“We invite audiences anywhere to send us ideas for further research through `Report a Fake’ button on our website,” Fedchenko said. “We get up to 20 percent of our ideas for debunking from our audience, including inside Russia.”