Summer’s synonymous with vacations, travel and, for many busy working professionals, much-needed time off.

For new graduates, it’s the opposite. The post-college months are focused on trying to land jobs and secure paying gigs. In the competitive and ever-changing field of journalism, that’s not always an easy feat.

That’s why IJNet asked a handful of seasoned reporters, editors and producers working for a variety of news outlets their advice for younger peers. What’s the best approach to getting your byline out there, nabbing a spot on staff at a quality publication and performing well in the early days in that position?

In terms of looking for a job in journalism, there are scores of sites to check, from JournalismJobs to MediaBistro to individual news companies’ own job sites. No matter which you use, Missy Frederick, editor of popular culinary-focused site Eater D.C., suggests not just limiting the search to a dream job, beat or city.

“Look for a job you know will help you learn the basics so that you have experience under your belt as you look to pursue those future dream jobs,” she says. “Community newspapers are particularly great for this, as reporters are often juggling multiple roles. Also look at outside-the-mainstream jobs like trade publications, business pubs, etc.” 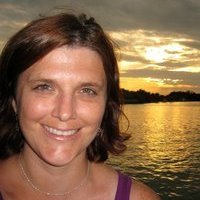 Internships, too, can be a great foot in the door. Just don’t aim for the marquis publications or stations, says Susan Valot, a freelance radio journalist who has reported and produced stories for various shows like "The California Report,”  NPR's "Only A Game" and "Marketplace."

“Don't bother with big-name places that won't let you do much more than shadowing and fetching coffee. Go for smaller places that will let you produce work,” Valot continues. “For instance, if you're a graduate wanting to do TV, look to see if a local cable station has a community newscast and see if you can get in to do packages for them.”

Brittanie Shey, a lifestyle blogger and writer who splits her time between Amsterdam and Houston, Texas, adds that alt-weeklies are an undervalued choice for journalists just starting out.

“When I was an editor at an alt-weekly, the interns basically did the same work the staff did,” she says. “Alts are so understaffed, and staff is small enough that interns can get personal attention and guidance.”

And, especially in this age when so many media professionals spend at least some of their career freelancing, Valot advises new graduates to begin pitching stories to publications they admire even as they hunt for permanent staff roles. “This freelance work can help you build clips and experience, plus put some money in your pocket,” Valot says.

When applying, new journalists need at least a small supply of clips to show a budding body of work. But as important might be a personalized cover letter that explains the value you can bring. Frederick says she sees a lot of cover letters from younger applicants that emphasize why they want the job “rather than why I should hire them or why they’d be a good fit.”

The better approach is to emphasize your skills and the experience and talent you can offer for the position, with examples if possible. 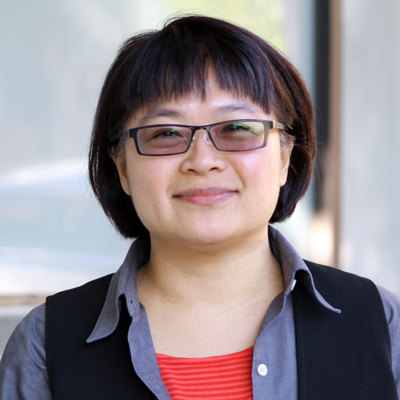 Once hired for that first or second job in journalism, the top tip from Maggie Leung, senior content director at NerdWallet, is to prioritize learning from the best people possible. Spend time figuring out who at that station or publication has earned others’ respect. It’s not always the person with the biggest job title.

“If you learn best practices, you'll build a strong foundation,” she says. “If you learn from mediocre people or work to low standards, you'll develop bad practices that will be hard to overcome later.”

Similarly, criticism can be an effective tool to improving when young journalists have the right attitude, says Leung, former supervising news editor at CNN. This means learning whatever lessons you can.

“The people who make the most progress and who make it quickly absorb as much as possible. That's how they get stronger. The worst people — no matter what work they do — waste time on protecting their egos and either never get better or do it painfully slowly,” she says. “When someone asks for significant changes or corrects your work, make sure you understand why. … If you understand the thinking and it's solid, you can apply it to similar circumstances in the future.”

Above all, flexibility is a must as the industry continues to evolve. Carla Jean Whitley, managing editor of Birmingham Magazine, calls it essential for journalists of all levels.

“If you're willing to learn and willing to pivot, you can make your way in this industry,” she says.