A handful of experts dominate debates in Flemish media

Have you ever thought the experts you see on TV look the same? In Flanders, the Flemish-speaking part of Belgium, this is certainly the case. A recent analysis by FINN.agency confirmed what many Flemish people may have already suspected: newspaper columns and talk shows invite the same opinion leaders over and over again — and they’re mostly white, middle-aged men.

In general, the findings show few women, people of color and younger experts, and they rank low on the list.

Change is slow, despite numerous efforts to make rising star experts more visible, including databases such as the Flemish Expert Database or The Brussels Binder. Journalists may struggle to convince editors that new names will garner as much attention from audiences, and upcoming thought leaders have to work harder to communicate their opinions than the regular faces. Established voices are not only better known, they also tend to have a bigger network, and therefore more access to valuable news and insights from their field, FINN.agency stresses.

Before the analysis was published, Belgian journalists and media figures were already discussing the issue on Twitter. Senior writer Joël De Ceulaer from newspaper De Morgen tweeted that men are more likely to say yes when approached by a journalist.

In an interview, writer and columnist Dalilla Hermans — one of the few Black women frequently featured on expert panels — echoed De Ceulaer’s point. “If I receive a call about a subject I know nothing about, I will kindly decline. A man is more likely to take that opportunity: ‘Sure, I'll do it.’ And then we’re presented with the same homogeneous group of men who determine the debate. How many white men I have already heard talking about racism? While I think, ‘Sorry, but you really aren’t an expert on that.’”

It seems to be a vicious cycle: the experts who are already doing most of the interviews are the most prepared, will do well and ultimately get invited again. Experts who have little media experience are less likely to be invited, and have to put in a lot of work to establish themselves. For freelance journalists, especially those paid per story or per word, it can be time consuming to convince and coach hesitant new voices who have little experience dealing with the media.

Margaux Demeyer, press officer of The Brussels Binder — a free resource for journalists and conference organizers that seek women’s voices — is familiar with this pattern. The Brussels Binder tries to bridge the confidence gap by encouraging all women interested in demonstrating their work and expertise to register in the database.

“To us, it does not matter whether registrants are young professionals or experienced speakers,” she said. “Many women endowed with incredible capacities limit themselves way too often, while men tend to just go for it. To counter this pattern, we are here to help female experts to recognize themselves as such, while supporting those who have fortunately done so already."

Internationally, more and more media outlets are taking initiatives to diversify their sources. In 2018, Bloomberg News launched its New Voices program, which provides media training for women from top financial firms. When the initiative started, about 10% of the expert guests on Bloomberg TV were women, and a lower percentage were being quoted in the biggest stories of the day. Bloomberg has since more than doubled their representation of women to about 23% of external TV guests globally, and the number of stories quoting or citing a female expert is growing.

“These numbers are still lower than we want. We aim to have women represent more than 30% of our outside guests by the end of the year, and to continue increasing the number of stories that cite a female expert,” said Laura Zelenko, senior executive editor for talent, diversity, training and standards at Bloomberg News. Bloomberg also has tools to measure progress and a database of female experts, which now includes more than 5,500 names.

The New Voices media training for senior female executives began in four cities in 2018, then doubled to eight the following year. This year they are adding Singapore and Washington, D.C., which will join New York City, Toronto, San Francisco, London, Dubai, Mumbai, Hong Kong and Sydney “We have up to now funded training for more than 150 women and will do the same for almost 100 more this year,” said Zelenko.

Journalists can make a difference

“Journalists are key to our cause,” said Ana Mingo, deputy director of communications at The Brussels Binder. “They play a pivotal role as gatekeepers to what and who the public perceives to be competent and worth listening to. Our experience is encouraging: When journalists do give voice to the fresh insights women can deliver, not only will the quality of reporting improve, but readers and viewership rise, too.”

Individual journalists who want to make expert diversity a priority, can help by starting the discussion in their own newsroom. One way of doing this is by simply monitoring the experts they put forward. In 2017, BBC anchor Ross Atkins started collecting data on how many women appeared on his program, Outside Source, and shared his findings with his co-workers. In January 2017, 39% of the BBC's Outside Source contributors were women.

The team agreed to strive for a 50-50 gender balance and reached its goal in just four months by keeping count and holding themselves accountable. “When we do not hit the mark, we feel it,” Atkins told Poynter. His data-driven approach caught on, and was adopted across the BBC as the 50-50 Project, which involves several thousand journalists and program makers at the BBC across TV, radio and digital.

“If you want to ensure fairness and balance in your coverage, and ensure you’re not missing important stories, it’s in your interest to work harder to diversify your sources,” added Bloomberg’s Zelenko. “A newsroom can set an intentional strategy, provide tracking tools to show progress and help the reporters with information on how to identify new sources. But ultimately this is a challenge for the individual reporters to address — one by one — and for the editors and managers to make it a standard expectation for the reporting.”

The homogeneity of opinion makers is an issue for most European media, but what makes Flanders stand out is the concentration of media. The latest report from Flemish media regulator VRM shows that in Flanders, five media groups now hold 80-100% of the market.

Such concentration in the hands of a few companies can lead to a lack of news diversity, as new research shows that there has been a drastic increase in the number of articles being recycled across newspapers owned by media group Mediahuis. This may also be a factor in the recycling of opinion makers. Independent online and print magazine Charlie Magazine, which heavily invested in presenting new voices, went out of business in December 2019.

The Flemish Journalism Fund — a fund that began in September 2018 to support independent, qualitative and innovative journalism in Flanders — was also cancelled by recently appointed Flemish Minister of Brussels, media and youth, Benjamin Dalle.

Given these developments, it is likely that in 2020, the top five Flemish opinion makers will roughly look the same.

Selma Franssen is a Dutch journalist living in Brussels. Her work has been published by OneWorld, De Morgen, De Standaard, The New Statesman, Vice, Bustle and Newsweek. She is the author of non-fiction book 'Vriendschap in tijden van eenzaamheid' (Friendship in a time of loneliness). Together with friend and journalist Linda A. Thompson, she writes a newsletter for creative freelancers. 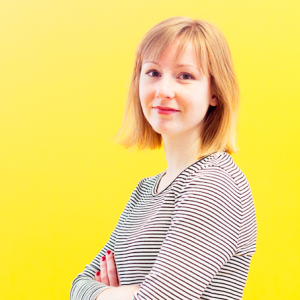 Selma Franssen is a Dutch journalist living in Brussels. Her work has been published by OneWorld, De Morgen, De Standaard, The New Statesman, Vice, Bustle and Newsweek. She is the author of non-fiction book 'Vriendschap in tijden van eenzaamheid' (Friendship in a time of loneliness). Together with friend and journalist Linda A. Thompson, she writes a newsletter for creative freelancers.