Searching for hard-to-find information? Here are some tools that can help.

Much of the infrastructure for effective watchdog investigations — from global datasets to cutting-edge open source tools — has already been built, and journalists everywhere were invited to use those techniques to dig further at the 12th Global Investigative Journalism Conference (#GIJC21).

In a “lightning round” session at #GIJC21, a panel of reporters and editors needed just five minutes each to outline new ideas for what journalists can do to gather hard-to-find facts.

Here are some of their suggestions:

Consider facial recognition scoring tools, like Findclone, to track and identify possible extremists in unexpected positions of power, like neo-Nazis inside law enforcement agencies. Sébastien Bourdon, an independent journalist who investigates the far-right, said Findclone can show five preview matches — on a likelihood score between zero and one — of faces on social media platforms like Russia’s VK (VKontakte), and, importantly, it can even find images on deleted accounts. Investigative nonprofit Bellingcat has noted that systems like Findclone have “very limited, yet powerful, uses in looking for a person’s presence on VK,” but cautioned reporters to consider the significant ethical problems associated with facial recognition software, and to remember that these systems have been abused for nefarious purposes.

[Read more: Working with data? Here's how to verify your sources and numbers.]

Try crowdsourcing data and evidence with tools like CrowdNewsroom. Marc Engelhardt, director of CrowdNewsroom Switzerland, said the tool allows journalists to launch crowdsourced campaigns, build a data story with an easy-to-use, drag-and-drop editing tool, and then analyze and verify the incoming information. “Citizens can share their data or personal stories through the platform in a safe manner,” he said. 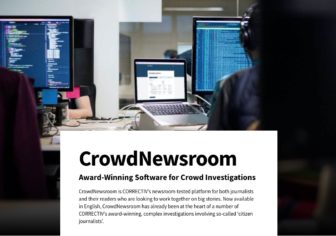 Engelhardt said the independent platform Correctiv has already used CrowdNewsroom for several investigations, including tracking the money behind a poster campaign for a far-right European political party. The project drew data entries from 3,500 people.

As with an iceberg, the bulk of data-driven investigations — information extraction, cleaning, parsing, and converting — happens “below the waterline.”

Since this method depends on mobilizing the public, Engelhardt said successful projects need collaborations with NGOs and media partners, and offline promotion at community-based events.

Use the data power and flexibility of the Aleph tool from the Organized Crime & Corruption Reporting Project. OCCRP’s data editor, Jan Strozyk, recommended Aleph as an interactive global archive for investigative research. As with an iceberg, the bulk of data-driven investigations — information extraction, cleaning, parsing, and converting — happens “below the waterline,” which audiences generally don’t see. Strozyk said several features within the archive can help journalists with this less glamorous data work.

To map mining applications and regulation compliance in southern Africa — and to orient reporters elsewhere on how the coal industry works — check out the #MineAlerts tool developed by the Oxpeckersenvironmental investigations nonprofit. Andiswa Matikinca, a reporter and data manager at Oxpeckers, said the platform combines a digital database with a geo-journalism tool, and that it also includes documents related to license applications and operational mines, as well as the crucial issue of water-use around mines. 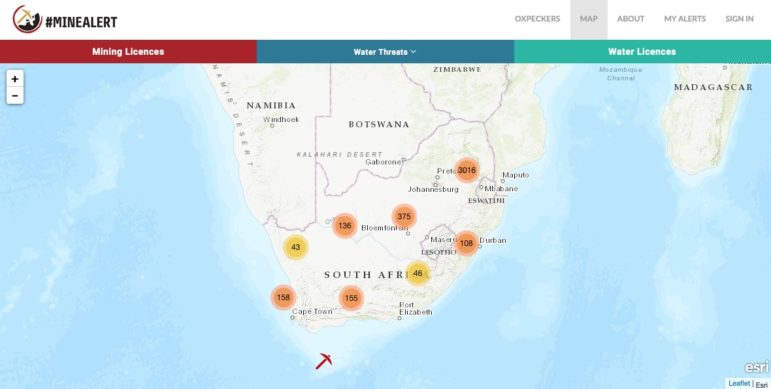 Similarly, the Offshore Leaks Database allows journalists to search for investigations involving companies that operate across borders. Delphine Reuter, a data journalist at the International Consortium of Investigative Journalists (ICIJ), said this free, open source database already contains data for 800,000 entities and that this number would soon swell with the addition of data from the Pandora Papers. Reuter also offered several tips for using the tool:

[Read more: How to find and use data to report on conflict]

Be aware that there are new records databases for specific nations, like Ukraine and Kazakhstan. Dmitry Chaplinsky, IT specialist at Ukraine’s Bihus.info outlet, said reporters looking for public registries, asset disclosure documents, public procurement data, and other public records from Ukraine and Kazakhstan should check two new, regularly-updated, open source databases. Ring is a document search engine of over 20 databases in Ukraine with 29 million public records. Open Base is a similar data repository for Kazakhstan, with about a dozen data sources. Chaplinsky said Ring can be searched in Ukrainian, English, and Russian.

“My favorite tool of all is R and R Studio.” — Al Jazeera data editor Mohammad Haddad

A Reporting Toolbox for Use Everyday

While brand new tools are exciting, it can be equally valuable to learn the tools that investigative newsrooms rely on all the time. Mohammed Haddad, data editor at Al Jazeera Media Network, revealed the top five tools he uses every day. 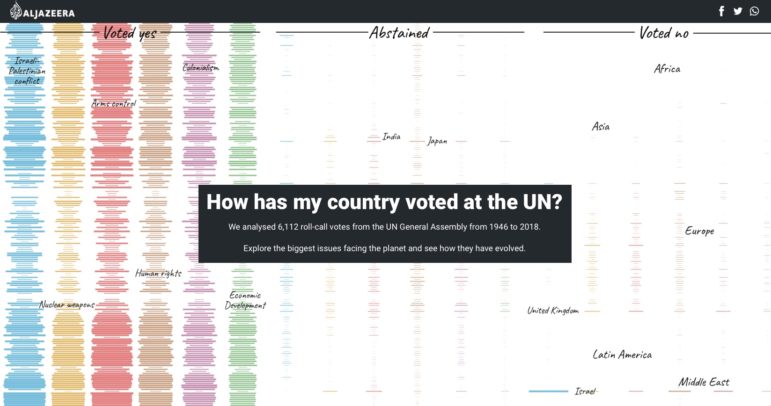 One common and striking feature of the lightning round tools profiled by the panel was that they make seemingly overwhelming volumes of information manageable — and show that data contained in diverse languages, scripts, file types, and images are potentially searchable for any reporter online.

Photo by UX Indonesia on Unsplash.