BBC World Service has been doing news in languages other than English for decades. Its digital presence exists since 1997 and currently the portfolio consists of 28 foreign languages, reaching about 80 million unique browsers a month.

The task of my team is to manage digital development of the languages we offer and to drive their digital strategy, sitting on the intersection of creative and technical initiatives.

Over the last few years we have seen a few major digital publishers – CNN, NYT, WSJ, The Guardian, Huffington Post – developing their non-English news offer. In this post I will share a few key things I learned over the last four years.

When you run a portfolio of 28 digital entities, you find yourself constantly prioritizing. With finite resources, it’s impossible to get everyone what they wish to have, so together with my counterpart from the product team, we prioritize very hard. Such prioritization lists could be very different, depending on various factors and specific audiences’ needs we take into consideration – some services have predominantly mobile audiences (of which we’ll talk later), some operate in highly developed social and competitive markets, some syndicate their content to third parties, some enjoy big proportions of direct traffic.

For instance, BBC Brasil and BBC Mundo (Spanish for Latin America) services, being two of the largest ones, regularly reach around 15 million unique browsers a month, while the smallest, Kyrgyz and Uzbek, less than 100,000. Every prioritization decision is based on audience data, performance and strategic importance of the services. Of course, during the big, important editorial events, we accommodate all of the them (Olympics or football World Cups or big elections are good examples of when you ought to try and get everyone happy with the products you ship). We also keep about 10 percent spare capacity dedicated to “business as usual” tasks and requests.

Although all sites share the same technical backend, the sheer vastness and complexity of the portfolio means that we are running the websites with diverse scripts, complex fonts, different cultural environments, and teams working on different continents. Keeping consistent user experience in line with a pan-BBC one is hard, as this – still very relevant – blog from 2011 by our creative director suggests.

Lately we have gone further in our product-development thinking by reaching out to local tech scenes in Africa that could help us find better technical solutions scalable across the emerging world. We partnered with a couple of tech hubs in Kenya and South Africa and are currently working on a few pilots that could then go on and be applied in Asia or Latin America.

The most important thing to know about BBC World Service language portfolio is that some of our sites have reached the coveted “mobile-first” status years before the term became widely used by the Western digital publishers. Sixty-six percent of our audiences in May 2015 reached us on either mobile phones or tablets, while BBC Hausa service, working for a Nigerian audience, has been 95 percent mobile as early as 2012. There the audience skipped the desktop web consumption altogether: the web experience equals mobile experience in large parts of the planet. 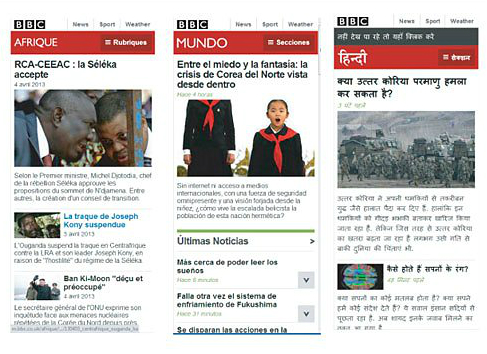 Given that the majority of our target audience is in emerging markets, where the next billion connected users will come from, it was strategically important for us not only to offer users the most optimized experience by relaunching every website with a responsive design, but also to implement a mobile-first editorial change project. It helped editors to calibrate their output with the realities of mobile news consumption. The change has significantly affected the whole publishing process – from editorial commissioning to turning the screens in the newsroom from horizontal to vertical to support the switch from desktop to mobile thinking.

We are obsessed with data at BBC News and World Service in particular – using it for social media, search engine optimization or real-time reporting. Data-based rigorous approach is being introduced into the editorial workflow across the board, and my mantra over the last few years has been a famous saying attributed to U.S. engineer and statistician W. Edwards Deming, that “without data you are just another person with an opinion.”

And of course, we are experimenting with the mobile-friendly formats, including short-form video, smart use of images and the like.

Just to give you a few examples of how we think about reaching digital audiences in different ways.

Appreciating the fact that not all of our users will be coming to us directly (in fact, only a third of that grand total do) we must be where the audience is. This is also important because many of our services operate in highly socially engaged markets and we have the only chance of growing there if we get our social strategy right. 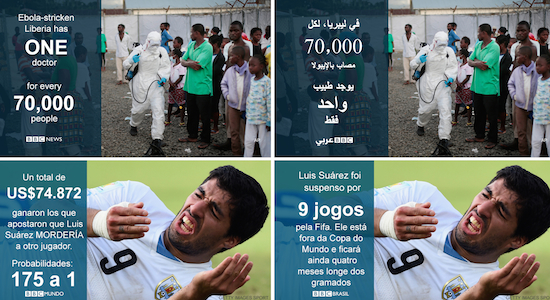 One such social project is #BBCGoFigure, a daily product for social media that tells a news story using one picture, one number and a link. This approach is used on various platforms and the simplicity of it means that we can easily revert our content from one language to many others quite quickly. Same goes for BBC Shorts, a 15-second video product for social media that tells important stories of the day with a few video images and subtitles. This also gets re-versioned to a number of languages and its popularity is growing.

We have also probably been the first news organization to hire a dedicated “chat apps editor” whose initial job was to evaluate the market globally and play around with a few platforms to see how BBC can get its journalism to hundreds of millions of people using WhatsApp, Viber, WeChat, Live, Mxit etc. And yet again, we wanted to experiment with different platforms relevant to different countries to see how our findings can be reused elsewhere. The most important project we did so far in this area was launching Ebola Service on WhatsApp.

Another good example of editorial sharability is a ‘social-first’ reporting project we have been running on Portuguese, Turkish and a few other sites. The idea behind it is simple – let’s dive really deep into social conversation of a particular country, report on the most interesting stories thus plugging yourself into the most relevant conversation. It works really well for us – BBC Brasil, for example, have grown 40 percent in the last year. 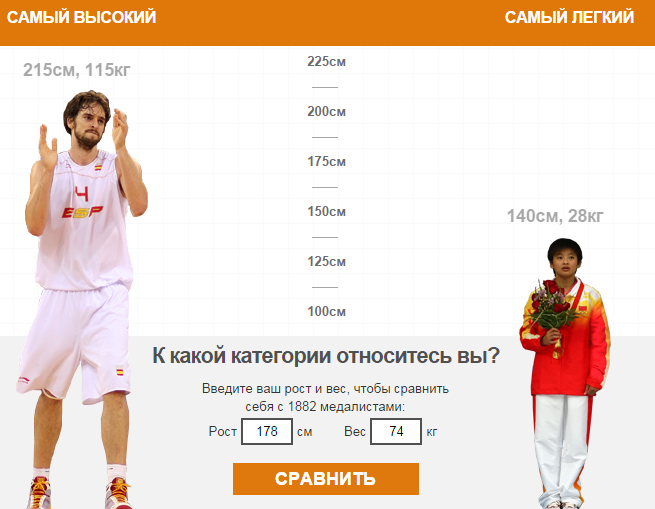 My personal favorite area that gives you a great opportunity to innovate and scale at the same time is data visualization and interactive storytelling area. I’d say, given that we try and offer such projects in as many languages as we can process, we probably are the leaders in this sector globally, offering digital audiences complex data projects as well as daily news charts and maps in 15-20 different languages. The last Summer Olympic Games was a record: we managed to offer all 27 services the same package when it came to data visualization content – and it was truly spectacular.

Building new audiences in international news markets is difficult. Growing competition, proliferation of platforms and sources, ever-changing nature of the sector — all these factors mean that you should always be on your toes, trying new things, testing new grounds. While things won’t always work, you learn from your failings, as I keep telling the editors, because only after having failed will they have learned. And the next time, or the one after, you’re likely to get it right.

Dmitry Shishkin is Digital Development Editor for BBC World Service Group. He has worked in various digital development roles for BBC News over the last few years. These leadership roles have required liaising between editorial, product and strategy teams in order to drive innovation, develop new ways of reaching audiences and increase engagement across the world.

The post was originally published on MediaShift and is republished here with permission.

Image of Rosetta Stone CC-licensed on Flickr via quinet