The 1921 Tulsa Race Massacre — the killing of an estimated 50 to 300 Black residents by a white mob in the city’s Greenwood neighborhood — is one of the worst racial injustices in U.S. history. Mob members burned down a 35-block area during the incident, including hundreds of businesses.

As the centennial of the start of the tragedy approaches in early summer 2021, Timantha Norman, the founder and executive editor of the Tulsa Star, wanted to make sure the city’s residents received a nuanced view of north Tulsa, the historic Greenwood district and the Race Massacre.

“There have been a lot of events happening the last few years with the lead up to the centennial of the Race Massacre, I felt like it was important to … give a more nuanced, thorough account of not only Greenwood, but the north Tulsa community as a whole. The legacy of the community doesn’t begin and end with the massacre,” said Norman.

“There are a lot of groundbreaking events and people who have come through Greenwood and north Tulsa that have had an impact on our nation outside of the massacre,” she added.

To offer this more complete view, Norman is working with a team to create an exhibition that will examine Greenwood and north Tulsa before the massacre and through the rebuilding of the area known as “Black Wall Street.” It will explore a history of intense racial tensions, urban renewal and the effects of history on the community today. The Tulsa Star previously wrote a series of stories about architects of the historic Greenwood District.

The exhibition, which will include photographs and newspaper clippings from the period, maps, film clips and more, was scheduled to launch in fall 2020, but was pushed back due to rising COVID-19 numbers. It will now hopefully take place in the spring. Norman is working with local social justice advocates and community members that she has connected with over the years. The exhibition will use already obtained materials and Norman said she hopes an organization may donate space for the exhibit. In addition, there is some funding from a local historian who is assisting with the project.

Norman hopes the initiative will shine a new light on a story that went untold for a long time, but which is now gaining notoriety due to broader education initiatives, community activism and pop culture references.

“For decades, this story, even in the Black community, was really seen as something to be ashamed of and afraid of, and we weren’t really allowed to have the agency to claim the triumphant history of our ancestors,” said Norman. “As soon as we got closer to the centennial, it seemed as though there was prestige and financial opportunities to be made, and a lot of folks that have no real stake have been jumping in to claim this narrative and kind of pushing the community to the side.”

Norman didn’t want the storytelling to be left to those outside the narrative. Instead, she wanted to engage the community.

It’s no accident that the Tulsa Star is involved with reclaiming the narrative. Norman has modeled the publication after the original Tulsa Star which was founded in 1912 as the Muskogee Star, and was focused on investigative journalism around the global Black diaspora. At first, it was as a weekly paper before it transitioned to a daily and moved to Tulsa in 1913. The newspaper’s offices, as well as the home of editor and publisher Andrew Jackson Smitherman, were destroyed in the 1921 massacre.

[Read more: How to promote diversity in coverage and in the newsroom]

Norman saw the importance of Black voices in the journalism community in Tulsa and Oklahoma, and in the summer of 2019, the Tulsa Star was reborn. It features news, culture and opinion pieces about the Black community in the city and state.

“I felt like there was a gap missing locally tackling these kinds of issues as it relates to the Black community,” she said. “I really wanted to tackle that history in a way where I was paying homage to it, not trying to capitalize off of it.”

The Tulsa Star today is a nonprofit news outlet that is primarily self-funded. Since its rebirth, Norman has led a small staff and several freelancers, who she says are passionate community advocates who believe in the cause of the publication. The site has received more than 26,000 views and more than 15,000 unique visitors since June of last year. Hoping to continue to grow the publication, Norman said the role of covering these topics and holding institutions of power to account is critical, but not without difficulty.

“I think it’s very important to be clear about why you’re doing what you’re doing and your purpose, because that’s really going to sustain you through a lot of trials and tribulations,” she said.

Raynell Joseph, managing editor of the Tulsa Star, said advocacy is at the heart of what the publication strives to do and be. She hopes to see policy changes, whether local or within organizations, based on truth-centered reportering from the news outlet. “I also want to highlight more people doing awesome things in the community,” she said.

Norman is the only Black woman leading a journalism organization in the state. She recognizes this is significant — and challenging.

“I am very cognizant of the intersections of identity that I inhabit constantly,” she said. “It does sometimes feel that the work that I do, or the way in which I try to authentically show up in the world, isn't always accepted or appreciated by many. However, I still try my hardest to hold on to the hope of a more liberatory future for all oppressed people on my darkest days to keep me going." 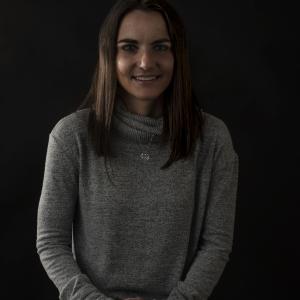