The African continent faces many challenges in its development, whether economic, environmental, health or security-related. Issues regarding environmental management in Africa are an emergency that needs to be addressed. Governments and organizations have started committing to address climate change and the protection of African fauna and flora.

To deal with this worldwide concern, the media is dedicated to inform, train, raise awareness and warn about the dangers of environmental mismanagement. One organization working to do so is Vert-Togo, a website based in Lomé, the capital of Togo in West Africa, which focuses on four areas: environment, health, ecology and agriculture in all African countries.

Vert-Togo was created in January 2018 by Hector Sann'do Nammangue, an environmental journalist living in Togo who now works as its editor-in-chief. He also holds a degree in communication, and during his academic career at the University of Lomé, Nammangue noticed that most young Africans were unaware of the importance of protecting ecosystems and the environment.

He launched Vert-Togo to encourage awareness about this global threat. The news organization's mission is to help African youth take ownership of issues concerning the environment, its protection and sustainable development in Togo, as well as on the entire African continent, through awareness and information.

"The issue of climate change is a problem that requires collective action,” said Nammangue. “I am convinced that this issue will increasingly threaten the continent if the African media does not get involved.”

Vert-Togo wants to raise public awareness on responsible waste management, water protection, problems related to air pollution, the fight against global warming and natural disasters. It covers the protection of nature reserves, animal and plant conservation and information about health and food in Africa.

The digital media outlet also publishes articles on agricultural entrepreneurship and  supports university research led by people committed to sustainable development on the African continent, particularly in the ecological, economic and agricultural fields. In order to help young student researchers, Vert-Togo offers scholarships for study and employment in the "green" field.

"Vert-Togo has a vision. It lies in becoming a major player in environmental information in Africa, with the aim of providing scientific data on the environment, green economy and health in Africa, while promoting African know-how in research and environmental management,” said Nammangue. “To do this, we need to collaborate with other journalists from all African countries."

In 2020, Vert-Togo received an average of 35,000 visitors and recorded 51,000 sessions and 65,000 page views per month. However, Vert-Togo faces some challenges that hinder its evolution and development on the continent. Nammangue is calling on environmental protection organizations and governments to help him in his project as he lacks the funding to pursue its growth objectives.

That is why Vert-Togo is still relatively unknown in Africa. Funded only by advertisers, it is not yet able to pay new journalists for additional contributions. Nammangue is asking for help so Vert-Togo can help protect the planet, which he calls “our common home.”

Denise KAVIRA KYALWAHI is a journalist in Butembo, in the Democratic Republic of Congo. She works for Léo Njo Léo TV, an online media for the Congolese diaspora.

This article was originally published in French. It was translated by IJNet French Translator Sedera Ranaivoarinosy. 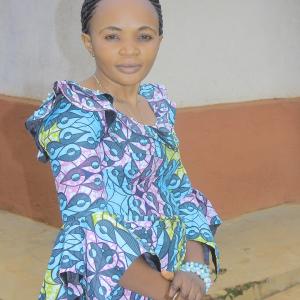