Threats and violence against reporters in Belarus

Almost three months into post-election protests in Belarus, thousands of citizens have been detained. Meanwhile, the country has suppressed journalists reporting the unrest.

The crackdown on the press has emerged in the aftermath of the country’s controversial presidential elections in early August in which Alexander Lukashenko, the country’s ruler of 26 years, claimed victory for his sixth consecutive term. His top opponent in the election, opposition leader Svetlana Tikhanovskaya, fled the country while hundreds of thousands Belarusians rallied on the streets of cities across the country to demand free and fair elections.

As protests continue today, the government’s response has become increasingly violent. At least three people have been killed and 500 protesters have been allegedly tortured. More than 1,800 complaints of violence by the police and special forces have been filed.

Journalists have emerged as one of the ruling administration’s primary targets. In the first two months of protests, over 400 cases of persecution of journalists were raised. Reporters have been arrested in their homes and beaten up while covering the protests. Still others have been charged criminally and sentenced, despite not even being present for their court hearings.

In September, two journalists were sentenced to 11 days in prison for their reporting. And in October, around 40 journalists in Minsk were detained and forced to spend a night at the police station. One journalist, Evgeniya Dolgaya, was arrested in her house and detained for nearly three days after which a court hearing ordered her to pay a large fine for participating in the protests.

Stas Ivashkevich, a journalist at the independent Belarusian television station, Belsat, spent several days in prison after being arrested while reporting on the August 9 election. Although he had valid press credentials, police took issue when he started recording citizens’ demands for votes to be counted “The police drove me a few kilometers away from jail and [left me outside] without any personal belongings, [which] they confiscated during my arrest.”

Ivashkevich spent two days in an over-crowded prison cell with 13 other people. During this time, the prisoners received only one loaf of bread to share. Once, the police beat them up with rubber batons.

And yet, Ivashkevich is among the lucky ones. Three days after his arrest, a judge found him guilty of “participating in an unsanctioned activity.” Ivashkevich was released only after having to pay a fine. No witnesses or police were present during his trial, and no evidence was brought forth.  Ivashkevich believes he was only released because he has a young son at home — many more detained on the same day received more jail time, he said.

Meanwhile, many journalists from state-controlled media quit their jobs in late August in protest against state censorship and violence. They made public statements criticizing the pressure they were receiving from the regime to report propaganda.

To fill this void, and in an effort to regain political ground and control over a friendly media narrative, Lukashenko invited Russian journalists to the country to report the events the way the regime wanted — often from the facilities of Belarusian state outlets.

Violence against journalists has also increased. “Pro-government forces and military units of the KGB were targeting and shooting journalists,” said Franak Viacorka, a Belarusian journalist and vice president at Digital Communication Network. “Weapons used by the military and KGB group ‘Alpha’ injure and kill.”

A journalist for the popular independent newspaper Nasha Niva spent more than a month in the hospital after state security officers shot her during protests in August. Newsroom leaders did not report the injury to the authorities because they feared persecution and fines for reporting at the protests.

Fortunately at the time of this writing, no journalist has been reported killed.

Still, international reporters found it difficult to maintain a low profile. Belarusian special security forces were specifically looking for foreigners entering the country around the election, and many journalists fled their hotel rooms to protect themselves. It remains increasingly difficult for independent foreign journalists to conduct reporting in the country today.

“In the current conditions in Belarus, the government has basically banned journalism,” said Simon Ostrovsky, a PBS NewsHour special correspondent based in New York who covered the protests. “[The government] has done everything to show journalists that it is going to be unsafe for them to operate there...That includes arrests, detentions, deportations and real charges being brought against journalists simply for doing their jobs.”

International pressure on Lukashenko has grown in response to the election and what has transpired in the country since. The U.S., Canada and the E.U. all do not recognize Lukashenko as a legitimate president. The E.U. recently levied sanctions against  the embattled leader.

International organizations have also spoken out in opposition to the treatment of the media in the country. Sixteen international press freedom organizations, including Reporters Without Borders, the European Centre for Press and Media Freedom, and European Federation of Journalists issued a joint statement urging state authorities to protect journalists and stop harassing reporters covering the post-election protests.

Ostrovsky believes the situation will only get worse. Independent reporters are likely to be targeted more, especially if they wear a press vest or other identifying apparel.

“In order to operate in a country with circumstances like Belarus, you have to operate undercover. You have to basically skirt the authorities as much as possible, not be obvious and be very careful,” said Ostrovsky. “You have to be prepared going into the situation that you would get into trouble. There's no insurance against getting caught by the regime.” 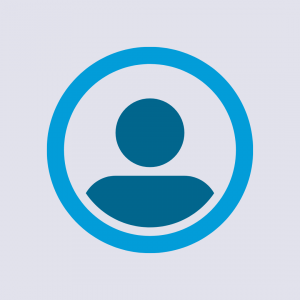