Latin American journalists expand resources to inform across the region

As COVID-19 swept across the world in early 2020, many activities that involved travel were put on hold. International exchanges that aim to train journalists, like ICFJ’s Digital Path to Entrepreneurship and Innovation for Latin America, had to pivot.

Faced with the new, challenging situation, the program went online. Selected journalists from Latin America received seed funding and virtual mentorship for their proposed projects, in addition to their remote internships with newsrooms in the U.S.

Claudia Gutiérrez founded El Placer del Saber, or “The pleasure of knowing,” with two friends while she was studying marketing at the University of Colima in Mexico. The trio was looking to provide stigma-free sex education online throughout Mexico, a predominantly Catholic nation that has the highest rates of teen pregnancy among OECD partner countries.

“The main challenge [has been] the societal context,” Gutiérrez said. “It’s education, and culture, and religion, because it [all directly affects] how people talk and live their sexuality.”

Gutiérrez and her friends have found success in teaching young Mexicans about sexuality, relationships and passion since they founded the outlet a decade ago. El Placer del Saber has been nominated for regional awards like the Premios Idea LATAM, founded by a Planned Parenthood partner organization, and they work closely with the Chicas Poderosas network, started by an ICFJ Knight Fellow in 2013.

Guiterrez used her stint at the Times not just to shift focus, but to plan out a whole year of El Placer del Saber’s content. Now, they’re looking for collaborators. “We would like to invite [anyone] interested in promoting sexuality in Latin America, in creating Spanish content, to contact us, to reach out and [...] make this a bigger network, [so it can] have more impact.”

The legacy of Latin American suffrage

Jodie Padilla Lozano has big shoes to fill: her great-grandaunt, Matilde Hidalgo de Procel, was the first woman to vote in a national election in all of Latin America back in 1924. Hidalgo went on to become a women’s rights champion in her home country of Ecuador, racking up another set of firsts: first woman in Ecuador to earn a doctorate in medicine; first councilwoman in the  city of Machala; and the first woman elected as public administrator in her hometown of Loja.

Padilla is living up to her ancestor’s legacy. In 2017, she founded Team Matilde to keep Hidalgo’s memory alive. The organization has given hundreds of leadership seminars to women across Ecuador, and it has landed honors like a 2019 Google Doodle and a call in 2020 from the country’s then-vice president to rename her conference room after Hidalgo. Earlier this year, Padilla was named one of Guayaquil’s “distinguished women.”

A big part of that push came from her fellowship with ICFJ. “I’m not a journalist,” Padilla said. “I’m a social entrepreneur, so it was a completely new experience to me. I was really able to create a personality for the brand.”

After focusing on branding, design and outreach to a younger audience, Padilla’s succeeded in building an audience across the region. “I'm rescuing the life of this woman [who] was almost forgotten in history,” Padilla said. “Why are we not proud of this woman that made history, not just for Ecuador, but for Latin America? We need to have this inter-generational leadership as part of every movement that we do in favor of our communities.”

Point taken: After her involvement in the 2020 ECA program, Padilla was awarded an alumni engagement grant this year to continue building Team Matilde’s profile. Not only does she want more people to know who Matilde Hidalgo de Procel was, but she is “[also] looking to promote more female leadership.”

Disheartened by a dearth of arts journalism in Central America, William Reyes founded Opida, a production company dedicated to creating quality video content throughout the region. Without this kind of coverage, Reyes said, Central Americans suffer from a kind of “identity loss.” “We consume a lot of cultural content,” Reyes said, “but it comes from other countries, whether that’s on the TV or through the internet.”

During his fellowship with ICFJ, Reyes was able to find a new focus for his project – to exist not just as a production company, but a self-sustaining cultural platform. Through projects with other outlets and international agencies like UNICEF, along with grants and prize money from festivals (one of Opida’s productions, “Victoria,” won best documentary short at the Festival Ícaro in 2019), Reyes and Opida can fund more cultural coverage. The platform has now expanded to three employees: a community manager and administrative officer have joined the team, while Reyes focuses on production.

Thanks to the seed funding Reyes received, he was able to buy a camera that the team uses daily. Now, he’s focused on the launch of Opida’s cultural platform. He hopes to publish one short film monthly, beginning in December with “Guancasco,” which touches on the relationships between Honduras’ Indigenous groups. January will kick off with “Manos de Barro,” about the region’s clay sculpture techniques.

“That’s our hope with these shorts,” Reyes said. “To spread the word and to promote Central American stories. And not just the stories, but the people they’re about, and their work.”

Photo by Patrick Perkins on Unsplash. 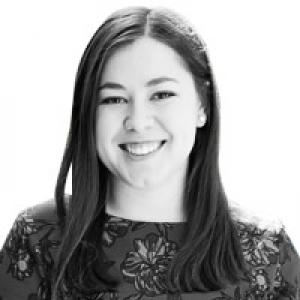 Kylie Madry is a freelance journalist and Spanish-English translator in Mexico City.