More than 100 participants lived an intensive startup experience last weekend in San Francisco. Hack/Hackers Connect, the first event of its kind in the U.S., paired media entrepreneurs with reporters, editors, designers and developers to draw the future of news and content.

At the Runway Incubator headquarters, participants gathered to rethink the user experience and media business models.

"Journalism needs to think more about the product as an experience that users interact with, than just the mere act of writing stories," said Burt Herman, a former AP bureau chief who co-founded Storify and Hacks/Hackers. "We need to move beyond having a content management system to distribute content to building platforms (like Facebook and Snapchat) where people can actually do things around the stories they care about."

Herman recommended journalists experiment with different ways to "monetize their products," because innovation is not "making the people who used to pay for a newspaper pay for content on a webpage," but instead "pay for very unique, exclusive content that is the most immersive."

According to Connect producer Phillip Smith, reporters and editors should learn from startups and use the lean model "to build digital products as startups do: fast and cheap."

"Startups don’t fear to fail," Smith said. "News organizations should try to solve the problems they know well; they have a unique perspective about what information people use to make decisions about their lives."

During the event, teams worked on collaborative ideas, while companies big and small showed demos of their products. Here’s a look at some of the tools featured: 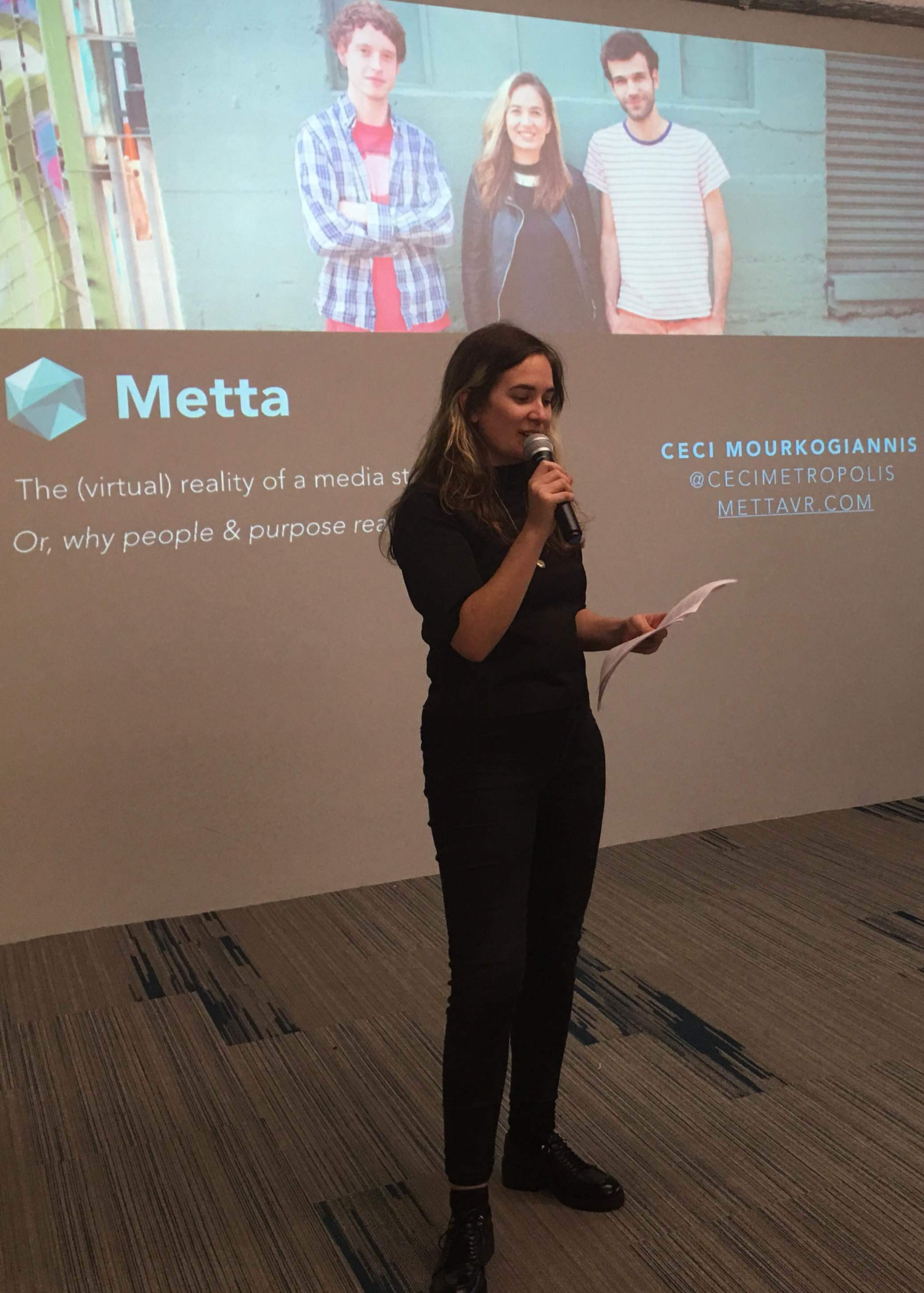 The ways in which virtual reality (VR) technology is changing the way we understand the world inspired Ceci Mourkogiannis to found Metta, a platform to discover and share events in VR. To promote content creation, the company lends a limited number of Ricoh Theta cameras to early adopters of 360-degree videos. Those who are already producing VR content can upload their stories in the platform, where viewers can search them in a virtual global map.

Designed for business reporters, Sqoop is a searchable database to find information about companies contained in the public records of the Securities and Exchange Commission (SEC) and federal courts.

"Journalists can find information such as CEOs' compensations or stock sales that, in the SEC language, are just numbers and codes," explained Bill Hankes, founder and CEO of the project. The platform provides an email alert service that informs the reporter when new records match his or her topics of interest. "We extract metadata out of exhibits that is otherwise impossible to get from the SEC filings," added Hankes.

Discors News is an app that brings multiple perspectives on national and international news stories, according to the users’ interests. The editorial team works with top publications and wire services to include video, texts and graphics on specific topics, as well as insights and commentaries from experts and leading publications.

"Our content is premium and all-interactive," said Basil Enan, founder and CEO. "The people who are actively following a story receive updates and can follow their favorite writers too." The app has a freemium version and charges US$50 a year for exclusive content.

Originally conceived as a project for the Stanford Children’s Hospital, Lighthaus is a platform that creates interactive 3-D storytelling around health issues. The company uses interactive graphics and animations to explain complicated concepts like “how the heart, the brain or the human cells work,” explained David Sarno, one of its founders. Lighthaus' portfolio includes a heart surgery immersion.

"Although this is an expensive product to make, as we need to hire artists and developers, this is going to be part of the media landscape as soon as some stories can benefit from a visual and touchable experience better than from explanatory texts," said Sarno.

Already in current beta testing in some newsrooms, the Verified Pixel Project aims to help journalists verify pictures before publishing them, "rebuilding the trust in news organizations," said Samaruddin Stewart, project lead. The service verifies images through metadata and JPEG compression, providing key information like when and where the picture was taken, which camera was used and in which settings.

"We unify other existing image verification tests into an automated workflow," added Stewart.

As many brands become media companies, products for creating editorial content are also in demand. Sean Tyson said he co-founded Quietly to help companies "understand what type of content they should be creating, where they should be placing it and why." The editorial team provides ideas and data for storytelling. Although Tyson remarked that this is not a product designed for journalists, his platform connects writers with publishers according to areas of expertise and help with their pitching and payment process.