These are the lyrics of a song performed during a Radio Lintas Merapi broadcast aimed at providing disaster mitigation education for the station’s kid listeners. The community radio station commonly delivers disaster information through song and storytelling in an effort to deliver such heavy content in a lighter way.

Radio Lintas Merapi broadcasts in the village of Deles in Yogyakarta Province. Deles lies only four kilometers from the 3,000-meter peak of Mount Merapi, the most active volcano in Indonesia. In early November 2020, the government declared that Mt. Merapi is on "siaga," or standby status; there has been a significant uptick in volcanic activity, but as of yet there is no immediate threat to the surrounding population.

Believing that a volcanic eruption could affect their village at a moment’s notice, Sukiman Mochtar Pratomo and several disaster volunteers founded Radio Lintas Merapi in 2002. He and his colleagues wanted to equip their community with critical information about how to respond to disasters, especially given that people living on and around the slopes of the mountain are often late in receiving information about Mt. Merapi's activities.

According to the National Disaster Management Agency, thousands of residents live around the slopes of Mt. Merapi, across 12 villages. Evacuation is not an option for residents who have lived in these disaster-prone areas for generations. "Radio became the main choice [in 2002] because at that time, the majority of residents only had radios," said Pratomo, who is now the radio station’s coordinator.

Since Radio Lintas Merapi was founded, Pratomo has reported on Mt. Merapi’s latest activities from his home. He has begun to use channels like Twitter and WhatsApp to reach a wider audience, and he expanded his partners to include officers at the Mt. Merapi Observation Post, the Yogyakarta Disaster Management Agency, and volunteers from other regions.

"The lesson from our experience is that disaster risk reduction is more important than disaster management. The operation of this radio is one of our ways to reduce disaster risk," said Pratomo. Radio Lintas Merapi is now managed by 30 crew members who operate the station, provide disaster and coffee cultivation training, and implement disaster saving programs for the surrounding communities.

"Through the telephone, residents can [call into the radio station and] talk about their experiences dealing with Merapi. It is also a way for us to connect with listeners and learn from each other," said Pratomo.

Villager Mumuk Wardi Wiyono, whose house is only about four kilometers from the peak of Mt. Merapi has been a loyal listener of Radio Lintas Merapi for years. Radio is his primary source of information about Mt. Merapi. "This radio [station] quickly informs me of the current situation of Merapi and how we should act. This is very helpful for me," said Wiyono.

Radio Lintas Merapi caters to the interests of local residents in order to build a close relationship between them. "Because the majority of the population work as farmers, we also talk a lot about agriculture, especially coffee cultivation," said Pratomo.

Another listener, a farmer named Sriyanto, said that the radio broadcasts became a point of reference for him on topics ranging from disaster information to agriculture. "For me, this radio is a medium of information and entertainment. Their content is close to my daily life," he said.

In addition to providing updates on Indonesia’s most active volcano and serving as a resource for farmers, Radio Lintas Merapi also plays relaxing music for its listeners. "I like to listen to the Javanese songs that are broadcasted every afternoon while resting. It feels peaceful," Wiyono said.

The station further engages its readers by helping villagers establish economic independence in the event of an emergency. The radio’s crew members, for instance, help residents prepare disaster savings funds that are managed collectively. If a disaster occurs, the villagers can use the funds to meet their needs, for instance if they are displaced in refugee barracks.

Pratomo believes that equipping residents with more information about Mt. Merapi will help them become more aware of how to respond should it erupt. As a result, villagers now take into account the aspects of disaster mitigation in every development around Merapi, and they have the ability to evacuate themselves without having to rely on government assistance.

“In the future, radio will remain the center of disaster mitigation education for us," Pratomo said. "When Merapi's condition is safe, the form of mitigation will lead to economic strengthening, disaster education and cultural preservation.”

Photo by Arif Riyanto on Unsplash. 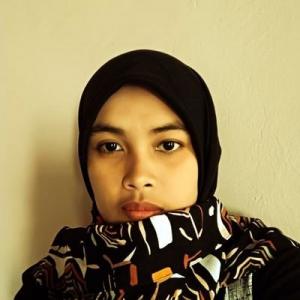