Anya Schiffrin, director of the Media and Communications program at Columbia University's School of International and Public Affairs, introduces the new book "Global Muckraking: 100 Years of Investigative Journalism from Around the World," which she edited.

Global Muckraking: 100 Years of Investigative Journalism from Around the World (New Press) is the first anthology of journalism from developing countries that goes back to the 19th century. It includes 46 pieces of iconic reporting, each of which is introduced by a journalist, scholar, historian or activist who explains why the piece was important and what kind of impact it had (or didn’t) after it was published.

Death squads, labor conditions and trafficking, police brutality, the violence of colonialism, corruption, mistreatment of women, natural disasters and food shortages. All of these subjects were covered by the journalists of the past, and many of them paid a high price.

Mozambique’s muckraker Carlos Cardoso died under mysterious circumstances while working on a story. So did Henry Nxumalo, the star reporter of Drum which was published in South Africa during the apartheid era. Others were harassed and smeared. Chinese journalist Liu Binyan—once one of the top in the country and known as the “China’s conscience” was expelled twice from the Communist Party, was sent into the countryside and today is almost completely unknown.

Some of these heroic people became journalists just so they could spread the word about the injustices they had witnessed. Benjamin Saldaña Rocca in Peru and ED Morel in Belgium were so outraged by the barbaric treatment of rubber workers that they became journalists and founded newspapers in order to expose the brutality taking place. Often the exposure reporting led to boycotts and public outrage. Sometimes it didn’t. But even then the record was set straight. Food aid was not sent to Stalin’s Russia after Gareth Jones broke the news in the 1930s of the famine there but he provided valuable information for the historians who came later. Chilean reporter Patricia Verdugo’s chilling account of one of the death squads operating in Pinochet’s Chile was used later by investigators seeking to establish the facts of what had happened.

The journalists of the past used some of the same techniques as the journalists of today: they went undercover, they looked for witnesses, they interviewed survivors and they tried hard to verify what they had heard second-hand. The people who opposed their reporting also used tactics we know today; hiring lobbyists, lawyers and public relations people, applying soft pressure and sometimes resorting to violence.

After two years of working on Global Muckraking (with help from multiple researchers and experts around the world) I am inspired not depressed. Reading the reporting of the past reminds us that journalism is important, that it can make a difference, and it reminds us of the possibilities that still remain in a world filled with injustice.

This post originally appeared on the Global Investigative Journalism Network and is excerpted on IJNet with permission.

Anya Schiffrin is director of the Media and Communications program at Columbia University's School of International and Public Affairs. 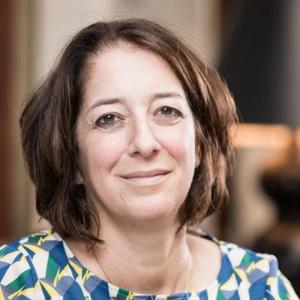