In European media experiment, only women choose the news

A bespectacled editor stares into the camera and poses a question: “Since only 27 percent of decision makers in European newsrooms are women, do you ever wonder how that affects the narrative about current events?”

NewsMavens.com, launched in October 2017, hopes to shed light on that and other issues that sound eerily familiar to women struggling for equity in newsrooms around the globe.

In the brief video, the speaker, Zuzanna Ziomecka of Poland, describes an experiment where solely women journalists curate news.

The content could provide insight into compelling questions such as:

“As long as we don’t know the answers to these questions, what motivation does the news industry have to tackle its gender balance problem? We need to start by building a solid justification for change,” said Ziomecka, NewsMavens’ founder and editor-in-chief.

So far, the website has contributors from 12 European news outlets; the goal is 30, representing all EU countries. Stories are posted daily, Monday through Friday, with female freelancers producing a weekend edition on major issues and events with editorial comment. 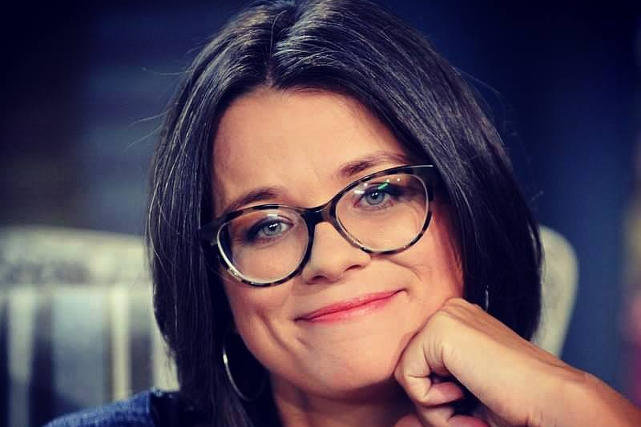 The system is designed for easy access: Contributors select a story they deem important to a global audience, provide a brief summary and add commentary justifying its selection. A content management system helps expedite the cross-border collaboration.

All story recommendations are filed in English with links to take users to the original copy. A Google Translate button is placed next to article links for quick access to a translated version.

“Our first months of publishing show that, on average, women journalists pay attention to issues that are beyond the field of vision of many decision makers in mainstream news outlets,” she said. “Article recommendations for NewsMavens are full of non-frontpage news concerning the down-to-earth, daily struggles of ordinary people.”

If it succeeds in Europe, NewsMavens could serve as a model for other regions of the world. American media, for instance, also lacks gender equity.

A 2017 study by the Women’s Media Center (WMC), co-founded by Gloria Steinem, found that “men still dominate media across all platforms – television, newspapers, online and wires” in the United States. TV’s gender gap was most glaring. Men report 75 percent of broadcast news; women 25 percent. The study also found that “men produce most stories on sports, weather, crime and justice. Women’s bylines are largely on lifestyle, health and education news.”

She urges male executives to expand the talent pool and “develop a more concerted and perhaps, radical strategy for equally sharing power with women.”

Ziomecka was running a weekly supplement at Gazeta Wyborcza that focuses on women’s issues when the idea for NewsMavens took hold. “I was tasked with applying to Google’s DNI Fund with a gender equality concept. The question we asked ourselves, ‘What would we like to learn?’

“The answer was simple: We wanted to know what would happen to the current affairs narrative if only women chose the news,” she explained.

Ziomecka points out that while there have been numerous instances of male-dominated or exclusively male news organizations in Europe, there has never been one made up entirely of women.   NewsMavens has put a crack in that ceiling.