Conflict reporting in Africa is changing. For decades, the predominant source of information from crisis-torn areas on the continent were foreign correspondents working for international media.

Conflicts such as the Boko Haram Insurgency in Nigeria and parts of West Africa, the Al Shabaab Militancy in Somalia and the Horn of Africa and the uprising in North Africa have continued. As has Africans’ dissatisfaction with the way international media tells these stories.

Frustrated by the way journalists from the global north are reporting conflict on the continent, African journalists are establishing new ways to tell their stories to the world, and they offer tips to foreign correspondents on how to report on conflict in Africa.

Instead of relying wholly on information from aid organizations, social media and the military, journalists should lean more on locals who are on the frontline of the conflict says Abdulaziz Billow Ali, a Somali freelance journalist with nearly10 years of experience reporting for various international media outlets such as Press TV, Voice of America English Service, DW, Radio Netherlands and CGTN Africa.

"You will find that foreign journalists will come here and describe the Somali national army as a ragtag militia, instead of calling it the national army,” said Ali. “Foreign correspondents come here and only look at the negative aspects of how the army operates, or how the locals are dealing with the situation.”

There are cultural norms and practices while conflict is going on in Africa — such as placing of local symbols like dead animals or colored strips decorated with cowries — which can appear strange to a foreign correspondent. Journalists should seek local insights as to why those practices exist, and portray it to their audiences in a manner that can be understood by the rest of the world as well as relatable to local audiences.

Sourcing information from locals can also help connect the journalists to sources such as rebel leaders, child soldiers and terrorist leaders who can provide new information about the inner workings of the conflict to audiences.

[Read more: 10 ways journalists can incorporate the everyday into their reporting]

Be truthful and verify information.

In the rush to break big stories, foreign correspondents must avoid distorting facts in order to give stories a grand appeal.

"I have seen stories that have escalated the conflict and given terrorists political capital. For example, when foreign journalists say “Islamic State of West Africa” instead of addressing it as what it is: Boko Haram Insurgency," says Kingimi, a counter insurgency reporter in Nigeria's troubled northeast region.

"I've also seen reports saying the Islamic sect has captured various villages, or they raised their flag and have control in northeastern Nigeria, which is a vast geographical area. In reality, this situation only happens in small settlements," he adds.

The magnification of events in conflict for sensational reasons can give legitimacy and political capital to warring factions, which can serve as a basis for conflict to escalate. The agenda setting function of the media means that the way journalists frame stories determine how the world would receive it; journalists should be conscious of this responsibility.

For Hinda Dahir Jama, a Somail multimedia journalist, one of the biggest mistakes international journalists make when reporting on Somalia is putting out unverifiable information about the conflict in a way that makes it look like the country is constantly at war, starving or engaging in practices inconsistent with Western civilization. They do this for sensational reasons, she says, to attract audiences who will find the alleged situation appalling.

It is important for journalists covering conflict in Africa to remember that there are stories of resilience, hope and success waiting to be explored, even in the hardest hit areas.

Look for human interest stories coming out of the area. There are so many initiatives and startups to focus on instead of the gains of the terrorist group, he adds.

Focusing only on the devastation of the conflict means journalists will miss out on other rich and novel angles that they can report on. For example, instead of reporting only the devastation by Boko Haram in Nigeria, a journalist can explore how children in Internally Displaced Persons Camps are forging new relationships with aid workers and security operatives as a way of coping with post-traumatic stress.

Be conscious about security.

"Journalists reporting on conflict, especially women, must carry out a risk assessment and maintain extra vigilance while at work," says Jama, who is also a women’s rights advocate. Foreign correspondents must prioritize personal safety over everything else if they must report from conflict zones.

You must mentally map your location at all times, plan your exit should the need arise, wear protective gear such as helmets, gas masks, bulletproof vests and life jackets.

Sharing information about your whereabouts with your local newsroom or a trusted colleague is advised, as is carrying valid means of identification such as passports or press identity cards.

Other ways to stay safe include seeking professional help after reporting on traumatic events, eating regularly in order to stay mentally and physically alert and having a local fixer who can guide you through an area to prevent kidnapping attempts or areas rigged with land mines.

Think your story through.

The job of a foreign correspondent has consequences. Although it rarely affects the journalist directly, their reporting will have an effect on the lives of those who are living in conflict areas or affiliated to the conflict they report about.

To avoid hurting those you report about, ensure that your work is fair and balanced. Don't discredit local military and civilian efforts in a conflict situation just to win awards for courage or to suit the political aims of your home country.

For example, Somails who live in places like the U.S. are constantly profiled or stereotyped due to reports coming out of the media. They feel unwelcome in their host countries, yet some of them fear returning home because of what they read and see. This can also affect how the country is perceived by potential investors who then withdraw their plans to invest in the country, says Billow.

Kingimi shares similar thoughts: "The truth is, on the ground, most times terrorist groups have no real strength except that attributed to them by the media. The magnification of their little control will discourage foreign investors and tourists from visiting Nigeria."

A 2005 report by Nigeria’s Parliamentary Assembly on Media and Terrorism shows that because acts of terrorism are intended to recreate fear and chaos among people, terrorists rely on the images and messages being carried by media reports about the terrorist acts and threats. The omnipresence of mass media at global level frequently blows the effects of terrorist organizations out of proportion.

In pursuit of the most vivid and exclusive story, the media are making passive cooperation with terrorists by hyperbolizing the problem, a 2018 paper on International Terrorsim and Media found.

Foreign correspondents should therefore weigh the implications of their reporting, which can be done by incorporating local statistics and efforts at resolving the conflicts into their stories. 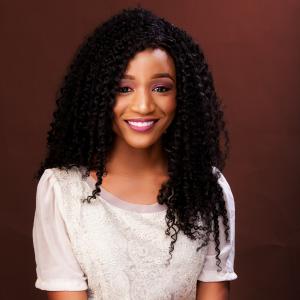