How to cover anti-democratic extremism in Brazil

Following the events, IJNet Portuguese gathered advice from several journalists on how to cover the events and individuals that threatened Brazil’s democracy earlier this month.

When covering the far right, it is important to quote sources that are experts on the topic. “People linked to academia, who are acknowledged by their peers in their field of study, and also experts in interpreting the phenomenon,” are ideal sources said Odilon Neto, a historian and manager at the Observatory of the Extreme Right in Brazil.

Neto stressed that reporting on the far right should always be carried out seriously, and leave no room for mistakes. “Right-wing extremism can’t be used as clickbait,” he said.

There is little consensus around appropriate terminology to use for people who are part of extremist groups and commit acts of extremism. Journalists should carefully consider the language they use, and ensure it doesn't help normalize anti-democratic behavior.

Political motivations cannot be separated from the actions of January 8th, said Amanda Lima, a commentator at CNN Portugal. “These are Bolsonaro and extreme right voters. We must act in accordance with the law [when reporting], but with no relatilization or easing of words,” she said. Matheus Leitão, a columnist at Veja magazine, said he’s been using the expression “members of the extreme right, led by Jair Bolsonaro” in his own reporting. Some outlets prefer using the word “terrorists” (“terrorista” in Portuguese), or “golpistas,” meaning those who attempted a coup.

Natalia Leal, head of Agência Lupa, said the demonstrations must be described as antidemocratic. “[The demonstrations] should even be [labeled as] a coup attempt, as they craved a military intervention [to oust President Lula da Silva], and there is no room for such a thing in Brazil,” she said.

Neto, meanwhile, said that there is no way to speak of “gradations of Bolsonarism.” “Bolsonarism is defined by its extremism. Bolsonaro’s track record is antidemocratic and immersed in the traditions of the Brazilian extreme right," he said.

Make use of strategic silence

Don't engage in “both sides” reporting. Instead, provide necessary context around the lies and disinformation that fuel the extremists' actions. “One of the journalism principles is that we should mirror reality. If the reality is unbalanced, we can’t talk about ‘two sides,’” said Leal. “[Journalists] should look at the facts, and based on them report on what is really happening in an objective and plural way, which doesn’t mean to be impartial.”

There is no consensus among Brazilian journalists on whether an extremist involved in the January 8 events should be interviewed. In cases when they are interviewed, however, it is paramount to refute false information. “It’s very rare to find an extremist whose discourse is coherent and free from lies. When extreme right politicians are interviewed, the interview must be firmly conducted, immediately [calling out] any and all false information, for example,” said Lima.

In many cases, it is necessary for journalists to think through what they are going to write or say, and make use of “strategic silence,” as a way to avoid giving antidemocracy a platform, said Cristina Tardáguila, senior program director at ICFJ. Tardáguila often gives advice on her Twitter page about the importance of this strategy. Recently, she tweeted: “A thought: you don’t want to make coup plotters/terrorists famous, right? So, when they are arrested, remember that these people want to exist, to become (more) popular. Every post or retweet of yours gives life to those crazies.”

The less “he said, she said” journalism, the less disinformation

According to Leal, journalists should be even more cautious when relying solely on information from social media so that they are not “giving life to disinformation” on these platforms. Fact-checking should always be a journalist’s compass.

Immediately after the January 8 developments, Agência Lupa created a database to collect and track antidemocratic content posted on social media. Anyone can submit information through this form. The fact-checking agency’s goal is to map the data, and use it for journalism, research, and to support official investigations. Less than 24 hours after the attacks, Agência Lupa had gathered more than 2,500 contributions, publishing several stories using the information submitted.

“Follow the money” is a tried and true motto. “We identified several pieces of data from Pix [an instant payment system in Brazil] and the cell phone numbers of funders. Going after who owns the money helps to give dimension to these acts,” said Leal. It is also important to look at sponsored disinformation on social media platforms and messaging apps, like Telegram and WhatsApp.

Stay safe on the ground

When reporting on the ground, travel in groups, said Leitão. “I always connect with photojournalist colleagues, for example," he said. "I’m always with coworkers experienced in risk reporting. They have already saved my life."

The internet, and social media especially, can be home to intense conversations and disputes, and journalists can find themselves attacked in these spaces.

Journalists can also make use of "strategic silence" by not responding to attacks on social media, which can prevent hate and disinformation from spreading. Other journalists prefer to block haters and trolls. “I block [people on social media] and report the page when [the attacks] are more serious, like death or rape threats,” said Lima.

This Digital Safety Kit from the Committee to Protect Journalists is one essential resource journalists can use to help safeguard their online presence.

This article was originally published on IJNet Portuguese and translated by Priscila Brito. 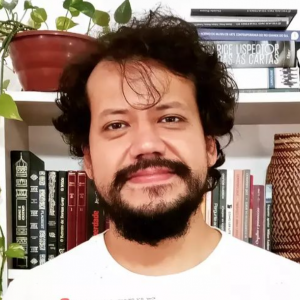 Rafael Gloria is a Brazilian journalist who founded the website Nonada - Jornalismo Travessia.