On the Kenyan TV drama “The Team,” launched in 2009 on Citizen TV, soccer players from across the country, with different cultural backgrounds, must work together in spite of their differences.

The co-ed team—and its challenges—serve as a microcosm for Kenyan society. In one episode, the coach names as team captain a player he wrongly believes is a member of his tribe. When the coach learns the truth, he must learn to put aside his prejudices.

Creator John Marks hopes his program can be an example of media that promotes problem solving. Marks, the founder of Washington, D.C.-based organization Search for Common Ground, created the show in the aftermath of Kenya’s 2007 presidential elections, which resulted in ethnic violence between Kenyan tribes. The show is written and produced by native Kenyans (in cooperation with Search for Common Ground).

In its first season, approximately two million Kenyans watched the show, and almost two million more tuned in via radio, Marks said at a June 15 discussion about “The Team” in Washington. What’s more, he says, statistics suggest violence has decreased in the slums of Kenya where the show aired.

“The Team” has created a niche market for using soap operas as tools for productive social change, Marks says. Production of similar shows has begun in a dozen other countries throughout Africa, as well as in the Middle East. The show’s themes change in order to address the issues that are important to viewers. 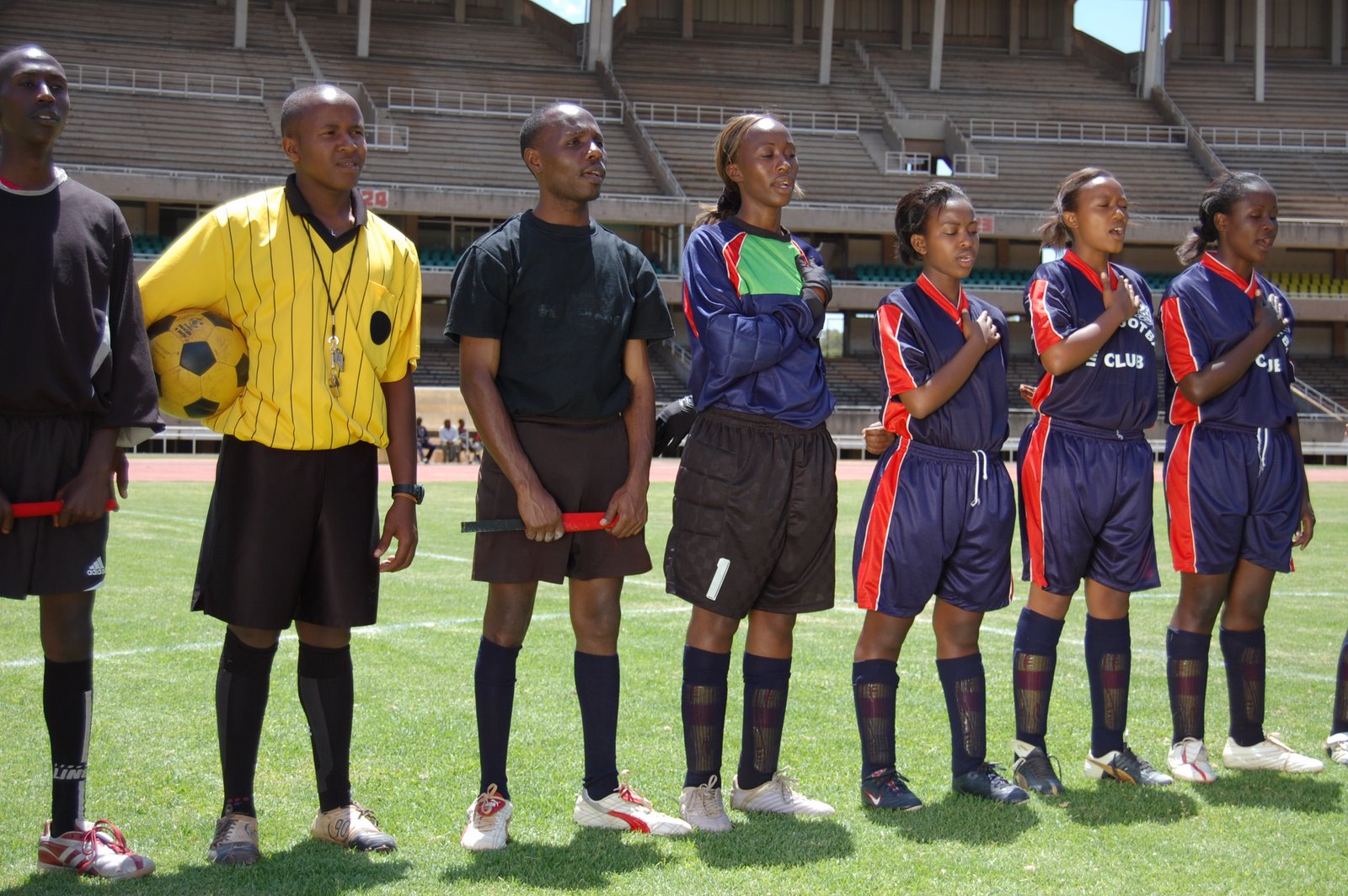 “In every country it’s different,” Marks said. “Each country has its own storytelling traditions and ways of communicating, and that is what we are trying to tap into.” In Morocco, players address the growing conflict between the rich and the poor. In Congo, teammates tackle gender issues.

At the June 15 discussion, some criticized the episodes for being too simplistic—criticism Marks has received since the show’s inception.

In a January ESPN article, “Soccer plays a critical role in Africa,” Marks said: “The message is simple. If they don’t play together, they won’t score goals. Our show uses soccer to deliver a simple message to the nation: ‘Citizens must work together and put aside old differences so the country can progress.’”

In the same article, former Kenyan national team coach, Jacob “Ghost” Mulee, explained that “the miracle of the game lies in its simplicity—it is cheap, easy to play, and the rules are plain to follow. When a ball is kicked, ethnic differences, politics, and hatred just melt away.”