When violence broke out in Kenya following the nation's highly disputed December 2007 presidential election, concerned Kenyan blogger and activist Ory Okolloh began blogging exhaustively about the situation on the ground and highlighting the concerns and hopes of her people.

She bemoaned a widespread lack of information, perpetuated by a government-imposed media blackout, and the media, government and police's "gross" underreporting of the number of deaths.

In the first days of January, 2008, Okolloh's frustration led her to blog about her vision of a single site where ordinary Kenyans could access real-time information, including incidents of violence. She called for "techies out there willing to do a mashup of where the violence and destruction is occurring using Google Maps." 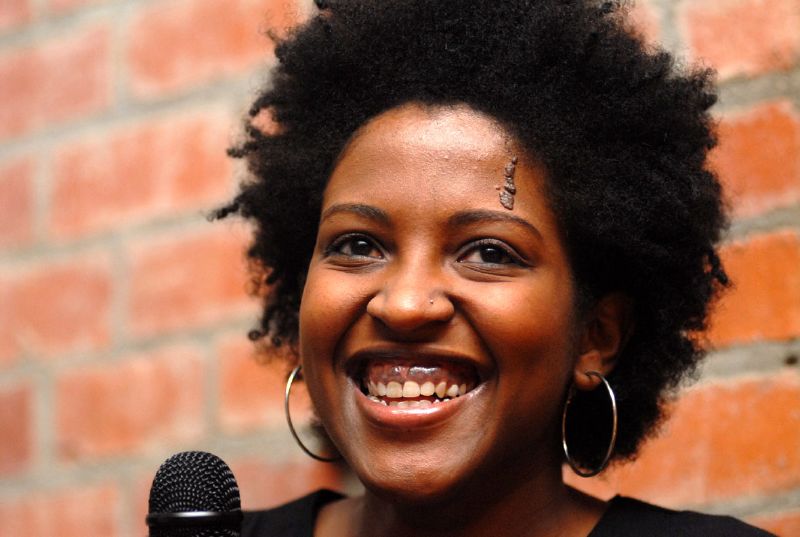 Within days of her post, bloggers and other Web savvy volunteers had banded together to form Ushahidi - which means "testimony" or "witness" in Swahili, a site allowing witnesses to send reports of violence via SMS, email or a Web form to one integrated Google Mashup tool.

Through Ushahidi, incidents were shown on a map that identified the precise location where a specific act of violence had occurred. A corresponding description detailed each incident.

For instance, on January 16, "Police fired at peaceful demonstrators and killed two people in Kondele area, Kisumu." On January 17, "Police battled youths who set fire to roadblocks; the police shot indiscriminately; one man was shot in the stomach as he stood in front of his house."

Word spread quickly, with individuals, NGOs, blogs and mainstream media outlets reporting about the site. "Because we had no resources at the time," Okolloh recently told IJNet, "we basically relied on our networks to get the word around."

By March, Ushahidi had received approximately 150 verified reports, 40,000 unique visits and 160,000 views, Ushahidi co-creator Eric Hersman reported in an interview. The vast majority of incidents were reported via SMS, and many of the computer visits to Ushahidi were through Kenyan computer cafes.

When the violence in Kenya finally subsided - the last incident was reported April 7 - the documented information became an archive, ensuring "what happened [won't] be swept under the rug in the name of ‘moving forward'," Ushahidi's creators said.

On May 12, 2008, when violence broke out in Alexandra, South Africa, Ushahidi's platform was successfully implemented to map the xenophobic attacks perpetrated against non-South Africans throughout the region.

At that point, plans to expand Ushahidi were already underway, with the idea to replace "Version 1" with a free and open source tool for people to use around the world.

Since then, a $200,000 grant from Humanity United, an organization dedicated to ending modern-day slavery and mass atrocities, has helped Ushahidi realize its vision by enabling the creation of a new Ushahidi Engine. And an additional $25,000 prize received at the NetSquared Conference in California is also going toward further development of the platform.

"Version 2," as the creators call it, currently in its final stages of development, will make the Ushahidi mapping tool available globally for free, enabling mapping and user generated collaboration - or "crowd-sourcing" - crisis information on a global level. Version 2 will also introduce a feedback mechanism, so users can receive alerts about what is going on in their areas during crisis times.

"The team hopes to see [Ushahidi] deployed and used in disaster and emergency situations around the world," Okolloh told IJNet.

The new Ushahidi Engine is being developed by a group of volunteer developers and designers that span the African continent and beyond - from Kenya, South Africa, Malawi, Ghana, the Netherlands and the U.S. They are at work on a number of concurrent efforts, including ensuring Ushahidi can integrate with various devices and platforms, such as the iPhone.

Last week, Ushahidi was honored for taking a "pioneering approach to journalism" at the Knight-Batten Awards for Innovations in Journalism in Washington, D.C. It won a $2,000 special distinction award.

At the ceremony, Jan Schaffer, director of J-Lab: The Institute for Interactive Journalism, which administers the awards, explained how innovative new media projects, such as Ushahidi, signal journalists are working in a whole "new news environment" - one in which traditional media is often trumped by creative new media projects.

The contest's judges, Schaffer said, considered Ushahidi "a perfect example of how far-reaching and important citizen reports can be" in this new environment.

Okolloh agrees it is time for journalists working within censored media environments to shed their reliance on traditional and print media and seek new and innovative outlets to spread news, such as through citizen journalism and participatory reporting.

Such "alternative" reporting, she said, can be used in cases where, for example, "the media has been shut down by government; there is self-censorship by mainstream media; there is under-reporting about a situation; there is a need for more local and detailed information; [and] there are people on the ground witnessing events but no official news reporters ... to capture the reporting."

"I think the primary responsibility of a journalist is to inform," she said, "and to the extent that is being hampered, especially in a crisis situation - alternatives should be sought."

To learn more, go to http://www.ushahidi.com.