by Emma Manring and Taylor Dibbert

Significant progress has been made in the past 25 years to reduce global malnutrition. World Bank data, for example, shows that undernourishment decreased globally from 19% to 11% over the past quarter century.

The pandemic is reversing the gains made, however.

Will Moore, chief executive officer of the Eleanor Crook Foundation, said that experts are now predicting up to a 50% increase in severe malnutrition globally due to COVID-19. Further, budgeting cuts to nutrition efforts and initiatives hinder the progress that has already been made. It’s more urgent than ever to change this trajectory for global malnutrition, as a result.

In June, Moore spoke at an ICFJ webinar titled, “Nourish the Future: Approaches to Ending the Malnutrition Crisis,” during which he highlighted some upcoming events that can offer great resources for journalists covering the issue.

If you’re reporting on malnutrition, keep an eye on the following summits to improve your coverage:

Nutrition is expected to be a major topic of discussion among global leaders here, which is important for the continued backing of global nutrition efforts.

The event should feature “major conversation and pledges” around global nutrition, and “important conversation” around reforms to how the UN oversees efforts to address the issue, Moore said.

Accompanying the UNGA, the U.N. Food Systems Summit (UNFSS) will take place on Sept. 23, 2021, in New York. This should be an important moment for global leaders to convene and discuss various issues related to nutrition, especially the global food system.

“Some of the largest global nutrition pledges are expected to be made at the U.N. Food Systems Summit,” Moore said.

There are hopes that the Bill and Melinda Gates Foundation could make significant financial contributions during this time. The Foundation’s continued efforts and support are critical for addressing the malnutrition crisis.

The Nutrition for Growth (N4G) Summit was first held in 2013. Because of the substantial funding received for nutrition that year, it proved to be a crucial moment in the battle against malnutrition on a global scale. The N4G Summit has taken place every four years since.

[Read more: Tips for reporting on food systems during the pandemic]

Delayed a year due to the pandemic, the next N4G Summit will take place in Tokyo on Dec. 7-8, 2021. The event offers an opportunity for past supporters and donors to continue their investments in the fight against malnutrition, and for new ones to join the effort.

According to Moore, many hope that “all the donors and governments who [have] made malnutrition pledges in [the past]” will renew them this year.

The fight against global malnutrition will be a long slog. High-level advocacy initiatives and sustained financial support — from state and non-state actors alike — are essential steps in the process. The coming months will provide important insight into what future global efforts to deal with the crisis may look like.

This webinar was featured in ICFJ’s Global Health Crisis Reporting Initiative and is part of the Global Nutrition and Food Security Reporting Fellowship, funded by the Eleanor Crook Foundation.

Photo by Gabriel Gurrola on Unsplash. 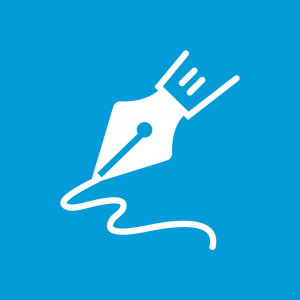 Emma Manring is a Program Assistant at the International Center for Journalists, where Taylor Dibbert is a Program Manager.